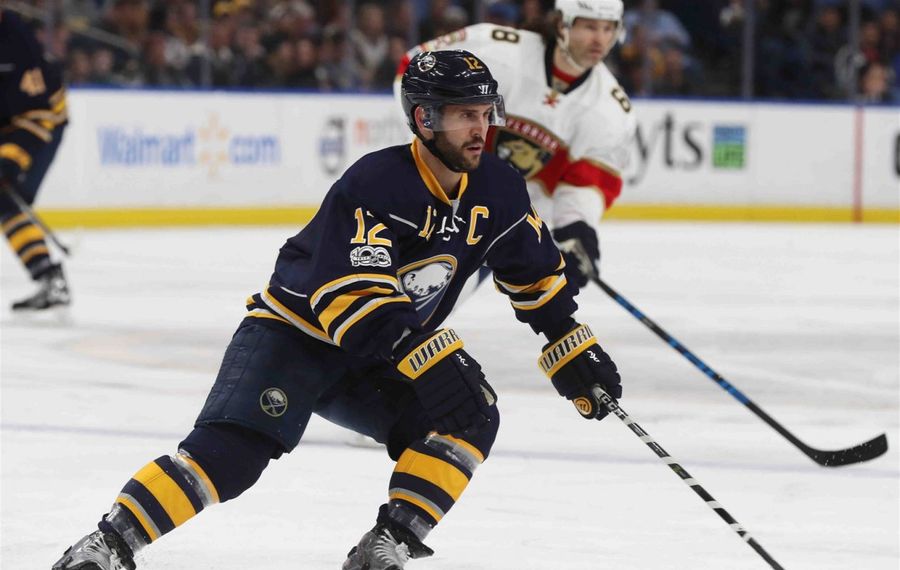 The career resume for former Buffalo Sabres captain Brian Gionta is a glossy one and that made the Rochester native a strong choice as one of five inductees for the 2019 class of the United States Hockey Hall of Fame, USA Hockey announced Wednesday.

Gionta retired in 2018 after playing the final 20 games of his career with the Boston Bruins. He became just the 43rd American in NHL history to skate in more than 1,000 games, a milestone he reached with the Sabres on March 27, 2017. He's also 43rd among US players in points with 595 (291 goals, 304 assists). Gionta was Team USA captain in the 2018 Winter Olympics in South Korea.

"Any time that you can represent your country and go out there and put on that jersey, it's a dream come true and every time I put on that jersey, it sent chills down my back," Gionta said Wednesday on a USA Hockey conference call. "It's one of those things where you're competing on the stage, especially the Olympic stage, it's something you dream of as a kid."

Gionta is the fourth former Buffalo captain who will enter the Hall, joining Mike Ramsey (Class of 2001), Pat LaFontaine (2003) and Chris Drury (2015). Ex-Buffalo goalie Tom Barrasso, a 1983 Calder Trophy winner after entering the NHL as an 18-year-old, was a member  of the Class of 2009 and Former Sabres defenseman and coach Phil Housley was in the Class of 2004.

In 2018, Gionta stepped away from the NHL to train with the Rochester Amerks for the season and even played one game for his hometown team before heading overseas.

Even though the Olympic experience did not result in a medal, Gionta said he was thrilled to share it with his family and was particularly grateful to late USA Hockey executive Jim Johannson for having faith in him to lead the team. Johannson passed away suddenly at age 53 a few weeks before the '18 Olympics.

"Jimmy Johannson was a huge influence on me and USA Hockey," Gionta said. "For him to turn around and have the confidence in me at the end of my career to go over there and help lead a team was a huge honor for me. I don't want to say it was more special than the 2006 Olympics but as you get older, you really are able to soak in the whole experience. For me kids to be a part of it and see that was really special. I'm very fortunate I had the opportunity with (coach) Tony Granato and Jimmy giving me that shot."

Gionta will be an assistant coach this year for the 14-under Buffalo Jr. Sabres, whose head coach will be former teammate Patrick Kaleta. As a former captain, Gionta said he'll be involved in some ceremonies surrounding the Sabres' 50th anniversary season and acknowledged he's curious to see the impact that new coach Ralph Krueger can have on the team.

"A new voice, a new perspective that hasn't been around might be a nice fresh start for the club," Gionta said. "I'm sure the optimism around the room is extremely high. I will be part of it watching the team grow and hopefully they can continue to make steps and improve year to year. The goal in Buffalo is to make the playoffs and win. With the fan base that's in Buffalo, everything is primed and hopefully they can keep taking those steps to move forward."

The Hall's first class was in 1973 and Wednesday's announcement pushes the number of members to 187. The Hall's museum is located in Eveleth, Minn.