The Coast Guard took boats into Lancaster and Depew rescuing people from rooftops.

A motorist died after being washed off the Penora Street bridge near Broadway in Depew.

Buffalo’s newest neighborhood was the worst-hit part of the city. The Bailey/Kensington intersection was flooded. Shea’s Kensington Theater, opened only six months earlier, was the only movie house in the city that couldn’t open following the storm.

When opened, the Kensington was “one of the largest as well as most elaborately decorated and equipped community theaters in the country,” according to Michael Shea. “In point of beauty and comfort,” Shea told the Buffalo Courier, it was one of the country’s most luxurious theaters.

Boys used a marooned gas truck stuck in the intersection as a diving platform at the height of the flooding.

Two blocks north, at Bailey and Thornton, Anthony Shulman’s tavern was filled bar-deep with water – but that didn’t “prevent a dozen customers from wading in and taking their three fingers standing, hip-high in water.” 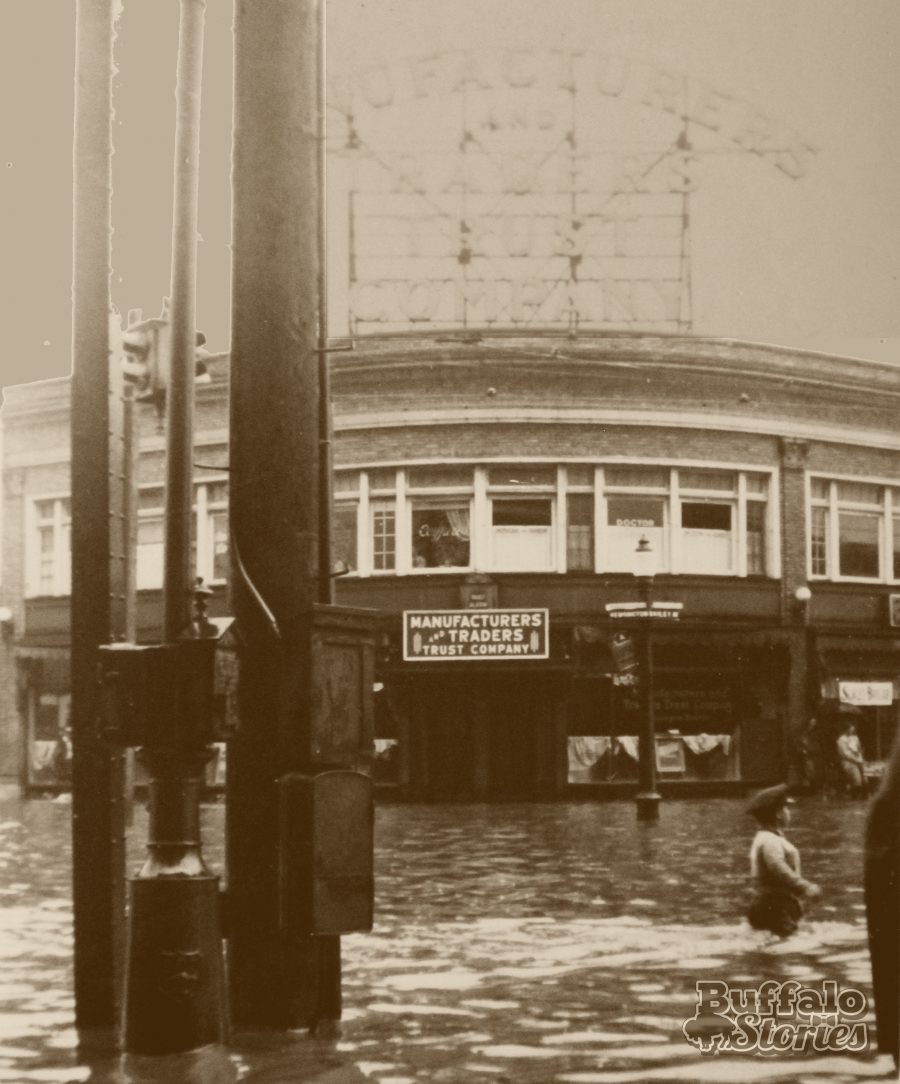 The M&T Bank on the northwest corner of Bailey and Kensington, 1937.

These photos are from the collection of Charles Heim, who took them as a young teenager, amazed at all the water in his neighborhood. 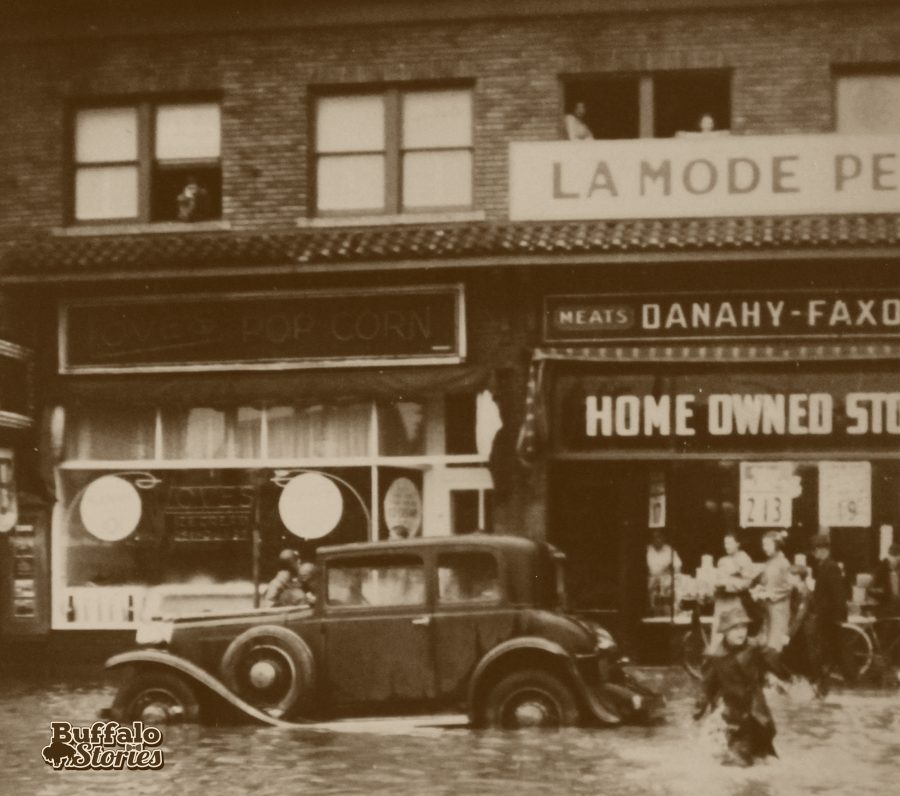