One way or another, Wednesday could be a pivot in the saga of the Skyway. Empire State Development, a state economic agency, will unveil 16 design visions at the downtown Central Library that offer possible futures for the monumental and much-debated waterfront bridge to Buffalo.

The finalists were chosen from about 100 proposals by designers and architects. While state officials say the winning plan will not necessarily have any impact on the final decision – the state would need a lengthy environmental impact process for removal or any dramatic recommendation– they see these entries as an attempt to fully represent what the land around the Skyway could become.

Mona Jeanne Easter, who died at 91 in 2016, would have loved this process, said her daughter Melanie, who lives near Rochester.

She had good reason for such interest.

“This was a big deal to us,” said her oldest son, Wally Easter II, a professor of horn at Virginia Tech who was with his mother in the opening motorcade in October 1955. That means Wally was among the first people to formally pass across the bridge, including many politicians and such civilians as an impatient whiskey truck driver and "an unshaven man with a bushel of peppers in the back seat" who, sick of waiting, sneaked into the procession.

Whether the Skyway stays or goes is, appropriately, up in the air. While ESD officials were tight-lipped Tuesday about the proposed designs, it is safe to say the plans being released Wednesday – really, a wildly varied slate of dreams – will involve at least a few  options that call on using the existing name, or some derivative.

Certainly, that is good news for Mona Jeanne Easter’s five children, two of whom – Larry and Stuart – still live on the Niagara Frontier. 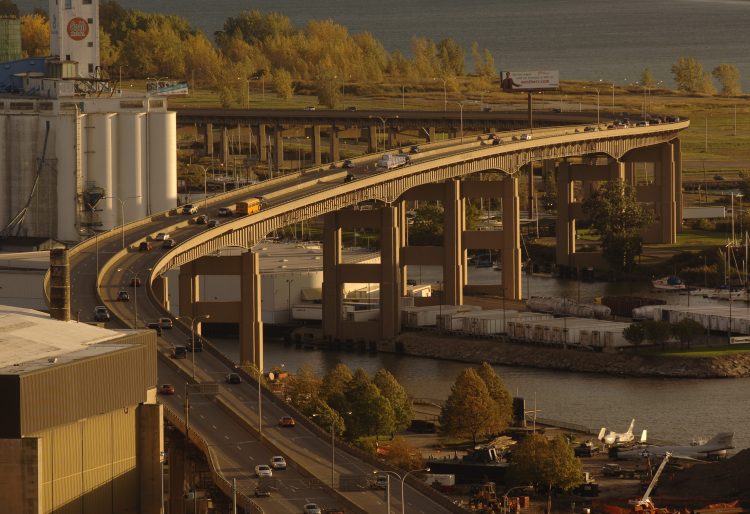 They grew up with the story, said Stuart, a retired Erie County firearms examiner who was a toddler when the bridge opened. Larry, a music teacher born a couple of years later, said the family often traveled across the bridge in their Chevrolet station wagon, and his most vivid recollection is one that even 5-year-olds today would understand.

“What I remember is you go over when you’re a kid, and your dad is driving in the front seat, and it’s a little scary,” Larry said. “You look out and you’re just at that right level where all you see is sky.”

He learned first-hand, as a little guy, why his mother came up with "Skyway." Naming it was a major story at the time. Mona Jeanne received a key to the city from Mayor Steven Pankow. The Buffalo Evening News mentioned her in its page one account of the Skyway’s opening in the autumn of 1955, in an edition that included a wonderful coincidence.

Oct. 19, 1955, was a big day in Buffalo for those with the name Easter. Not only did the Skyway open, but it was the same day the Buffalo Bisons obtained the rights to Luke Easter, no relation to Mona Jeanne, maybe the most beloved player in team history.

As for the naming of the bridge, it was familiar knowledge for Mona Jeanne’s five children, whose father, Wallace, was pastor for years at Bethel Presbyterian Church in Lackawanna. "I think I knew about it as soon as I was old enough to understand what it was," Larry said. 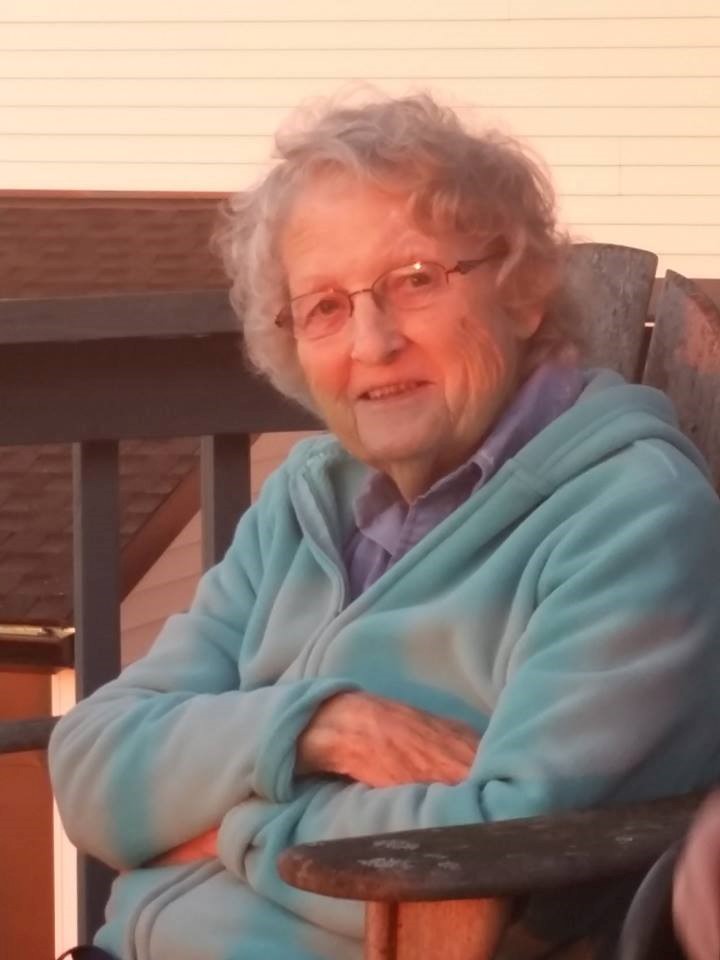 The larger tale of the Skyway goes like this, based on documents at the Buffalo History Museum: As early as 1922, and in a more serious way in the late 1930s, civic leaders had been talking about building either a bridge or a tunnel to carry traffic across or under the then-booming industrial area at the Buffalo Harbor.

At one point, owners of Great Lakes passenger ships optimistically asked for a span that was 150 feet tall, anticipating a day when luxury liners might ply the Great Lakes – an elevation that would be 40-feet higher than the bridge as it is now.

Plans were put on hold during World War II, then accelerated again behind the design of Edward Lupfer – the same engineer who designed the Peace Bridge and Rainbow Bridge. Construction began in 1950, and there was some casual discussion, eventually discarded, about making the span accessible for pedestrians.

During the five years it took to build, the project took on such casual names as the "Harbor Bridge," but in the end the city needed something formal. 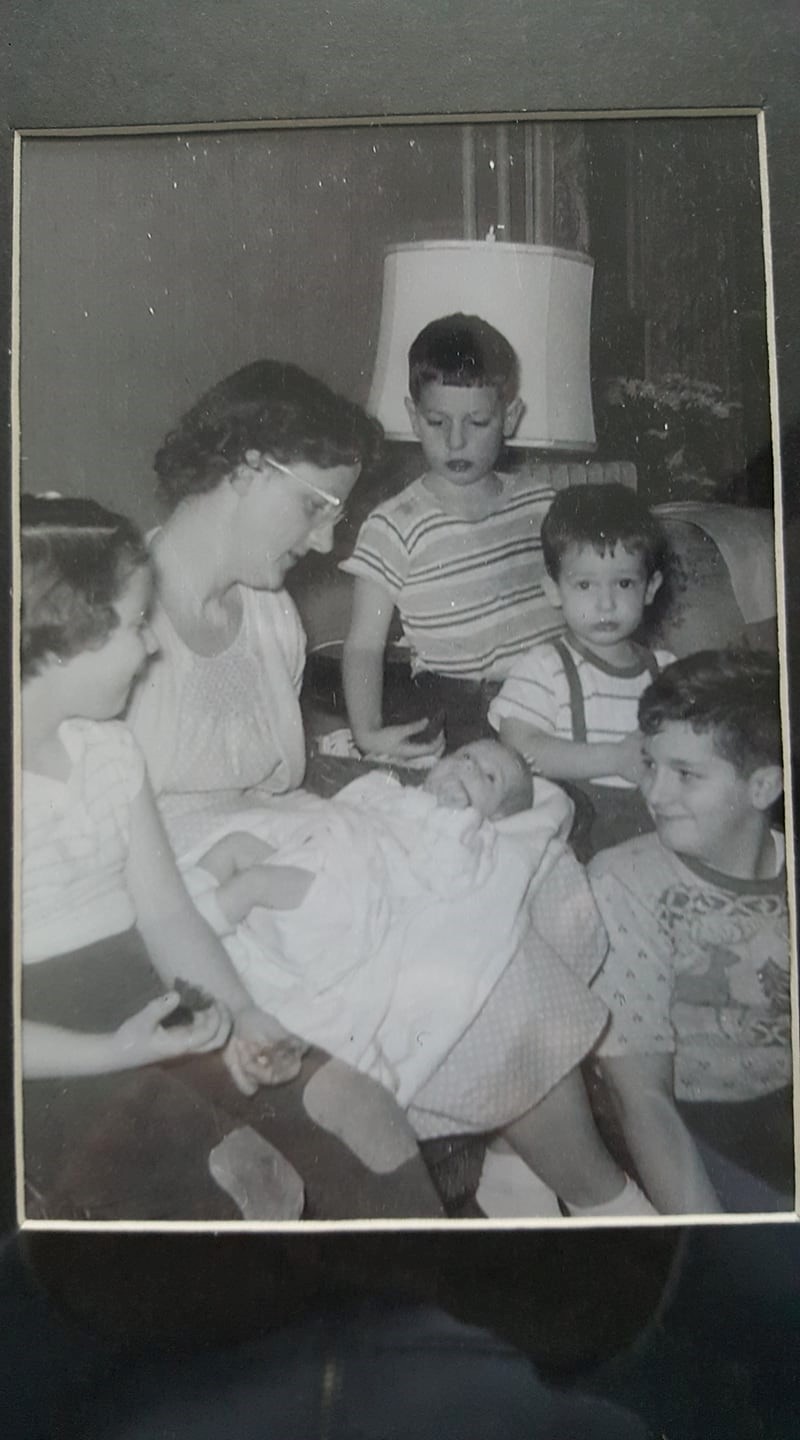 Mona Jeanne Easter with her children, around 1960: Left to right, Denice, Stuart, Larry, Wally and Melanie (in her mother's lap). (Family image)

So in 1955, The Buffalo Evening News ran a contest with a $100 prize. Almost 4,000 readers entered submissions. Among the finalists: The Queen City Skyway, the Buffalo Portway, the Harbor View Overpass, the Niagara Frontier Gateway and, most literal of all, the Buffalo High-Level Bridge.

There was one problem: Twenty-one people suggested "Buffalo Skyway," which judges picked as the winner. The News then asked all 21 entrants to write an essay explaining why they chose the name. There would be one $100 victor, and the other finalists would get 10 bucks apiece.

Mona Jeanne Easter won. Wally Easter said his mother used the prize money for new drapes. Her winning essay described the vantage point from the bridge: "Here the beauty of Buffalo Harbor and the appealing power of busy Buffalo are enhanced as one is able to view it all from the vantage point of the majestic Buffalo Skyway."

There is strong family lore that Wallace Easter wrote the winning essay, but Melanie – who turns 60 this year, and is the youngest sibling – believes Mona Jeanne had to be involved with the task, in some way. The words fit her, and Melanie, a school psychologist, has no doubt her mother associated the name with “that whole idea of the 1950s to reach big, to climb toward the sky.” 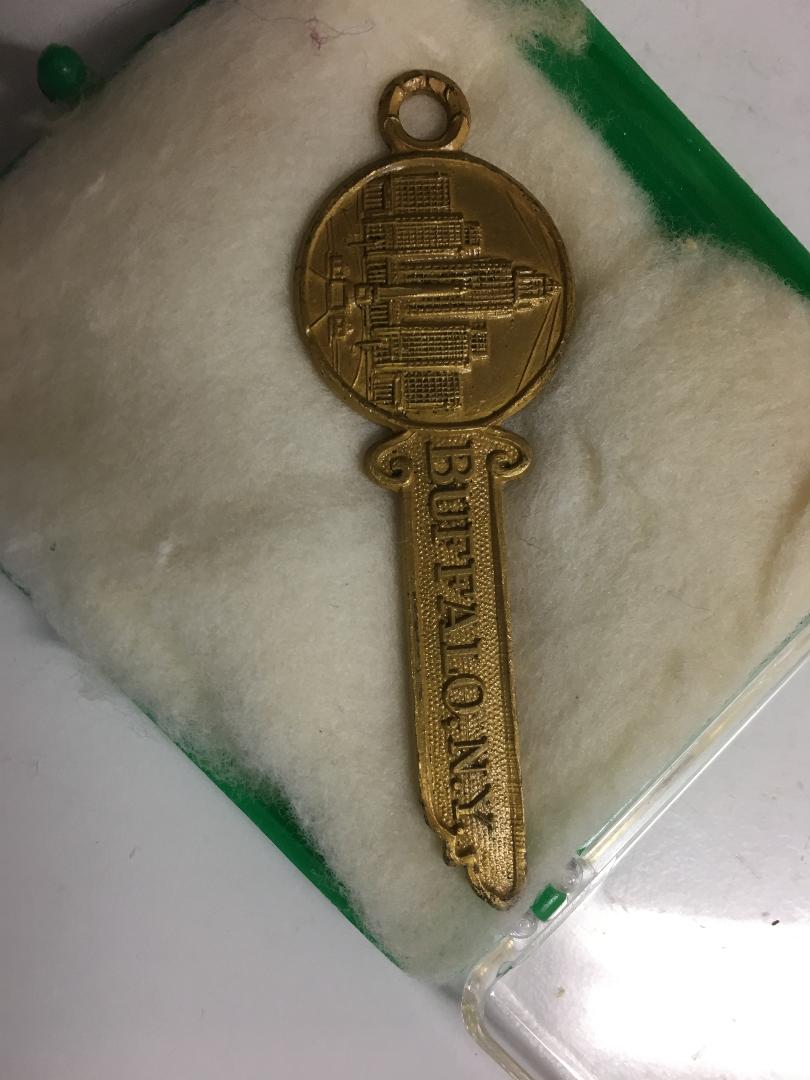 Mona Easter's key to the city of Buffalo for naming the Skyway. (Family image)

Wallace Easter died in 2001, and Mona Jeanne eventually moved back from Nebraska to live near Melanie. The two women grew closer than they had ever been. Both Stuart and Melanie describe Mona Jeanne, who earned a degree in library science from George Washington University, as thoughtful and intensely organized, while Larry has especially warm childhood memories of the way she would sit and listen in the morning, after she prepared breakfast.

From a boulevard to beaches, 16 finalists revealed in Skyway contest

Melanie believes her mother had big plans for her career until she met her future husband, a Presbyterian minister with whom she would move from the Washington, D.C., area to greater Buffalo.

“She gave herself up to her husband and her family,” Melanie said. It would be many years before Mona Jeanne, who did her graduate work at the University at Buffalo, picked up her career as a librarian. Indeed, most of the 1950s news coverage of her winning essay called her “Mrs. Wallace E. Easter,” to the point where it was difficult to locate her true first name.

“Her life was fulfilling to her,” Melanie said, “but not what she had in her plans.” 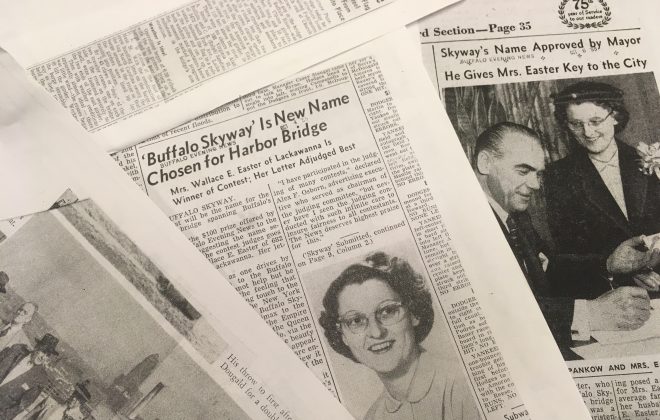 All of it makes Melanie confident that her mother would not have been threatened or defensive about the fervent calls for a transformation or full removal of the Skyway. She used to advise her children to raise their thoughts above petty anger, small slights and contempt, Melanie said, and to instead “think on things that were lovely.”

Beyond all else, Melanie recalled how Mona Jeanne embraced the concept of exchanging big dreams and ideas, the notion that passionate but respectful debate is a necessity as we move toward higher visions for our communities.

That was her key to the city, her true Skyway, whether the bridge stays or not.