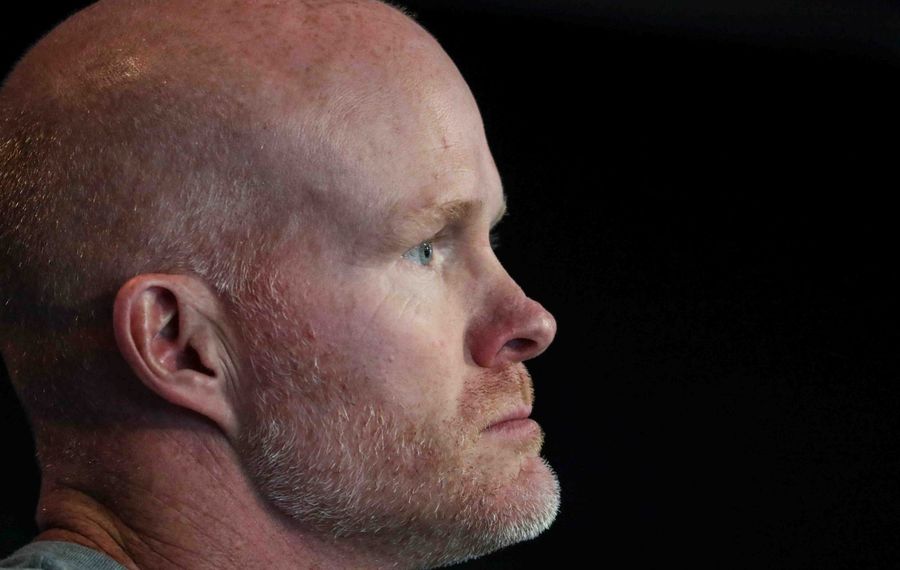 The wise guys might not believe in the Buffalo Bills, but the general public does.

According to data released Tuesday from sportsbetting.ag and betonline.ag, the Bills have received the most bets to win the AFC East and the most bets to surpass their over/under win total of seven. Of course, the odds factor into that – a bet on the Bills to win the AFC East will pay way more if it hits than a bet on the New England Patriots to do the same would – but it speaks to the optimism that surrounds this franchise heading into 2019.

There are reasons to be excited: The Bills completely retooled their offense around second-year quarterback Josh Allen, who appeared to be hitting his stride at the end of the 2018 season. The defense should be solid. The special teams has to be better than it was a year ago.

The plan implemented by General Manager Brandon Beane and head coach Sean McDermott remains on track. Now, the results have to follow. A step back in 2018 was expected by the fan base with a rookie quarterback taking over. Those expectations are now raised.

Across the roster, young players are at key positions – far beyond just Allen. Left tackle Dion Dawkins is in his third year. So is No. 1 cornerback Tre’Davious White. Running back Devin Singletary is a rookie. So is defensive tackle Ed Oliver, the No. 1 draft pick. Second-year pro Tremaine Edmunds is the starting middle linebacker. Fellow linebacker Matt Milano is in his third year.

All that youth bodes well for the future – but it has to start now. The salary-cap problems are over. The quarterback is in place. The team starts the season in good health. Results must follow.

“I mean, we’re trying to put a winning product out there,” Beane said at the end of spring practices. “Not that we haven’t been before, but we definitely are now. We feel we’ve got some improved areas. We’re not a finished product. I think we’re trending in the right direction, but we’ve still got a lot of work to do.”

Here's a capsule preview of the Bills' 2019 season:

A better supporting cast: The Bills’ offseason was all about getting some help for Allen. The second-year quarterback got that in the form of three new wide receivers, three new running backs and four new tight ends. Oh, not to mention four new starting offensive linemen. It remains to be seen just how much those new players are upgrades, but particularly at wide receiver, the team looks better equipped to start the season. Veterans John Brown and Cole Beasley aren’t stars, but they are capable, reliable players who should greatly aid in Allen’s development.

Continuity on defense: Entering year three of the same system with McDermott and defensive coordinator Leslie Frazier, big things should be expected. The Bills return 10 starters from last year, 11 if you count slot cornerback Taron Johnson. That’s rare in the NFL, where free agency and the draft leads to constant roster turnover. The only starter the defense lost was defensive tackle Kyle Williams. While that’s a big hole to fill, the Bills did it by drafting Oliver ninth overall. The three-time All-American at Houston was at one time thought to be in the running for the No. 1 pick in the draft. If he lives up to expectations, he could even be an upgrade for the defense.

Better depth: The Bills had three players claimed on waivers and traded two more who weren’t going to make the 53-man roster. That demonstrates that Beane built a deeper roster. Of course, it’s the starters who will mostly be responsible for the Bills’ success or failure in 2019, but injuries are inevitable. When they happen, the players coming into the game have a better chance at keeping things afloat.

Continuity on offense: The Bills have just two starters from the 2018 season opener back this year – left tackle Dion Dawkins and wide receiver Zay Jones. It’s three if you count quarterback Josh Allen, who came in at halftime against the Baltimore Ravens, but the point remains: There are a lot of new faces. Complicating matters is the lack of work the starting offensive line got this summer. A concussion meant high-priced center Mitch Morse missed the entire preseason. He’s back now, but the line has not had a lot of time to come together.

Red-zone defense: The Bills allowed touchdowns 70.8% of the time when opponents entered the red zone last year, which ranked 30th. That’s a big reason why, despite finishing second in yards allowed, the team ranked 18th in points per game allowed (23.4). A big focus for the defense will be turning some of touchdowns into field goals when opponents make it to the red zone.

Punter: Corey Bojorquez did not have a great preseason. The second-year pro has a big leg, but lacks the consistency the coaching staff wants to see from the punting game. It looks as if the Bills will give Bojorquez a shot to start the regular season – he’s the holder for kicker Stephen Hauschka, so maintaining continuity there factors in – but if he struggles, don’t be at all surprised if the team makes a change.

Let Allen be more of a quarterback and less of a runner. The Bills don’t want to take away Allen’s ability to create plays with his legs, but they drafted him to throw the football. The focus will be on giving Allen some easier completions, which in turn will set up more opportunities to take shots down the field to deep threats Brown and Robert Foster. Above all, the Bills want Allen to be smart with the football. With LeSean McCoy no longer in the picture, expect the Bills to utilize some form of a running back by committee with Devin Singletary, Frank Gore and T.J. Yeldon all getting time.

Get more heat on the passer. This is the same as it was last year. The Bills finished 26th in the NFL with 36 sacks. That was actually an improvement from 2017, when the team’s 27 sacks tied for 29th. Nevertheless, more pressure on the opposing quarterback will continue to be a focus. Sacks don’t always tell the whole story of a pass rush, but more consistency in that regard should lead to more takeaways on hurried throws or quarterback fumbles. With Oliver added to the front and Trent Murphy entering 2019 in better physical condition than a year ago, the Bills will want to at least be in the top half of the league in sacks in 2019.

Can Allen take the next step? It’s only natural based on this section, right? Allen’s development will be the major focus of 2019. Can he make the right decisions with the football? Will he display the accuracy needed to be a franchise quarterback? Is he finally a worthy successor to Jim Kelly – something that has alluded the team for two-plus decades? We’ll know a lot of those answers in four months.

It’s imperative the Bills get off to a hot start. The season opener should be a chance to learn a lot about the team right away. The Jets are thought to be in a nearly identical spot, fighting for second place in the AFC East behind New England and trying to sneak into the postseason with a wild-card berth. If the Bills can win the opener, they have an excellent chance to start the year 3-0 with games against the Giants and the home opener against the Cincinnati Bengals to follow. Those might all be must-win games, because the second half of the schedule features tough road trips to Dallas on Thanksgiving, Pittsburgh and New England. The time to stack wins is early – the Bills play just two teams that made the postseason in the first half of 2019.

The expectations for this franchise are far different from a year ago. The Bills might not have to reach the postseason this year, but after all the offseason moves, their record has to show improvement. Barring injury, anything less than a winning record will be a disappointment.