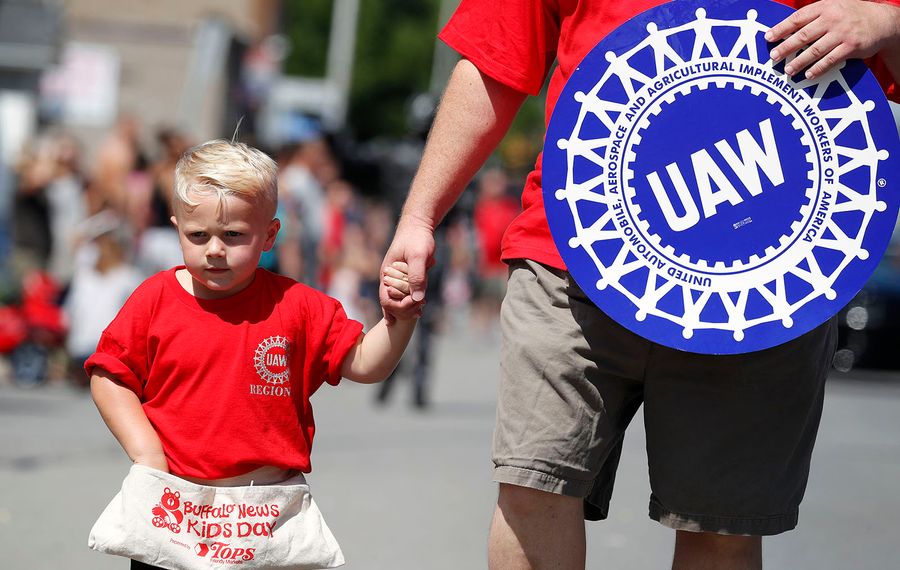 The first widely recognized Labor Day celebration took place in New York City in 1882. A crowd of about 10,000 marched to a gathering in midtown Manhattan, where they heard speeches by American Federation of Labor founder Samuel Gompers, among others. It was an era in which thousands toiled in horrid working conditions, including children who labored long hours in coal mines, textile mills and factories.

Workers in 2019 face new challenges, from many directions. Globalization, offshoring, the challenges of artificial intelligence and automation taking jobs from humans, are today’s realities.

Unlike some other days of celebration that commemorate the past, the meaning of Labor Day is as relevant in 2019 as it was 125 years ago, when President Grover Cleveland signed it into law as a national holiday. Honoring the working men and women of our country is not an exercise in nostalgia, but a living tribute to their central role in the American economy.

We associate this day with the last gasps of summer, students preparing to return to school and the return of football to our TV screens. It’s a holiday that’s easy to take for granted, but one that’s no less important than in the days of robber barons and railroad worker strikes. The issues are different, but they still pose a threat to working people’s livelihoods.

Organized labor has declined in influence in the past few decades. About 11.7% of the U.S. workforce is represented by unions.

Yet, as a new book by former New York Times reporter Steven Greenhouse points out, workers have found other ways to join together and achieve common goals outside the framework of a traditional union. Greenhouse, author of “Beaten Down, Worked Up: The Past, Present, and Future of American Labor,” recounts how fast food workers coalesced around the Fight for $15 movement. The drive started with New York City fast-food workers, spread to 100 other cities and led to wage increases for workers in that industry, all without union representation. Whether a $15 wage is sustainable is a separate and interesting question.

At the same time, workers in the so-called gig economy, driving for Uber or performing many other jobs that didn’t exist 20 years ago, perform the equivalent of piecemeal work, without a guaranteed steady paycheck or employee benefits.

There’s been a labor shortage in the United States since the start of 2018, with the number of open jobs exceeding the number of people looking for work. This has given blue-collar workers unusual leverage, as their skills are especially in demand. That’s caused employers to loosen some of their hiring policies, to waive drug tests or offer new signing bonuses.

The education and training of our workforce, whether for today’s manufacturing jobs or the technology-related tasks of future years, is a constant concern among policymakers and industry groups, both nationally and in Western New York.

The Buffalo Niagara Partnership, in its advocacy agenda for this year, mentioned workforce training and “upskilling” as top priorities, along with attracting new talent to our region.

More than ever, businesses realize the worth of their workers, without whom their profits would stagnate and their plans for growth stall.

Go ahead and enjoy that cookout or parade today, or shop the sales at your favorite store. But don’t forget to raise a glass to the American worker, who in rapidly changing times is still the backbone of our nation’s economic engine.