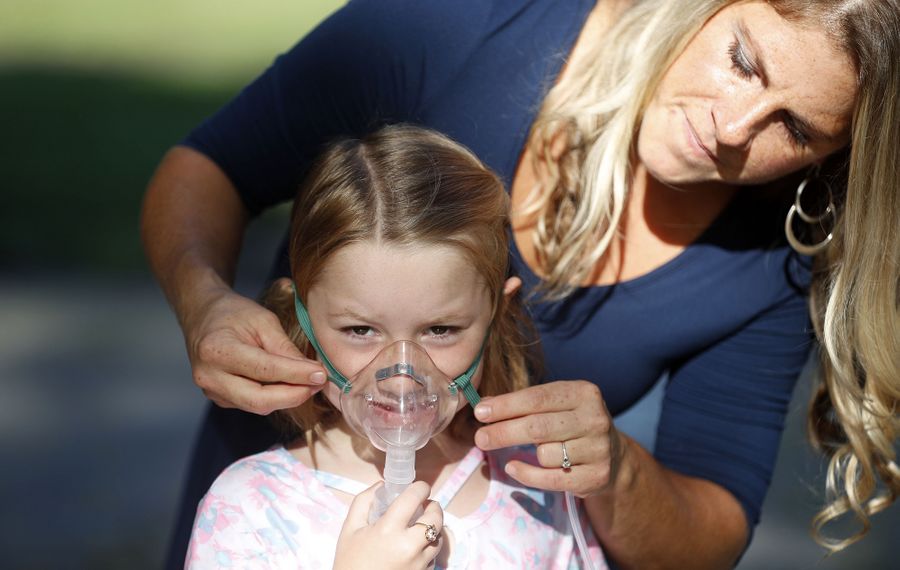 Asthma is familiar to Lindsay McMichael.

She has it. Her daughter has it. Some of her Buffalo elementary school students have had it over the years.

It helps explain the trepidation parents like McMichael can feel on late summer days, as allergy season intensifies and the new school year looms.

“The annual asthma spike this time of year is caused, in part, by the increase in respiratory infections among kids who are exposed to more germs once they return to school,” said Dr. Steven Dina, medical director with Univera Healthcare. “The common cold is one of the most frequent triggers for asthma attacks in very young children.”

A more structured schedule also combines with the peak time of year for molds and pollen, also common triggers for asthma, a chronic disease that inflames airways and makes it harder to breathe.

More challenging still: The Buffalo region is among the top 25 asthma capitals in the nation, according to the Asthma and Allergy Foundation of America.

Buffalo, No. 24 out of the largest 100 metro regions across the U.S., ranks about average for prevalence of asthma and the related death rate but higher than average when it comes to emergency room visits per population, according to the foundation’s Asthma Capitals 2019 report.

All this explains why health providers who treat children with asthma recommend their parents and schools have a plan in place to deal with an asthma attack.

“If you have asthma, you have it all the time,” Dina said. “But actual asthma attacks occur only when something bothers the lungs.”

Such an attack causes mucus to build up and the airway to narrow, making it hard to breathe. About 10 people a day die from severe episodes; adults are five times more likely than children to do so, according to the foundation.

More than 20 million American adults and about 5 million children have asthma. There is no cure, but the disease can be managed by avoiding triggers and treating attacks with medications as they are about to come on or occur. Common triggers include pollen, chemicals, extreme weather changes, smoke, dust mites, stress and exercise – though regular exercise also can help prevent serious episodes.

Asthma rates tend to be higher, especially among children, in urban areas where there is more rental housing, manufacturing and industrial businesses and high-traffic roadways, according to the foundation.

McMichael, a fourth grade special education teacher at Dr. Charles R. Drew Science Magnet School, was diagnosed when she was about 8 years old, after an asthma attack. Her tonsils and adenoids were removed, reducing the number of such attacks, which she quelled with an inhaler. When she was in her 20s, she had a pair of allergic reactions to cat dander and needed emergency room care. An allergy specialist gave her an everyday inhaler and her condition has been under control since. 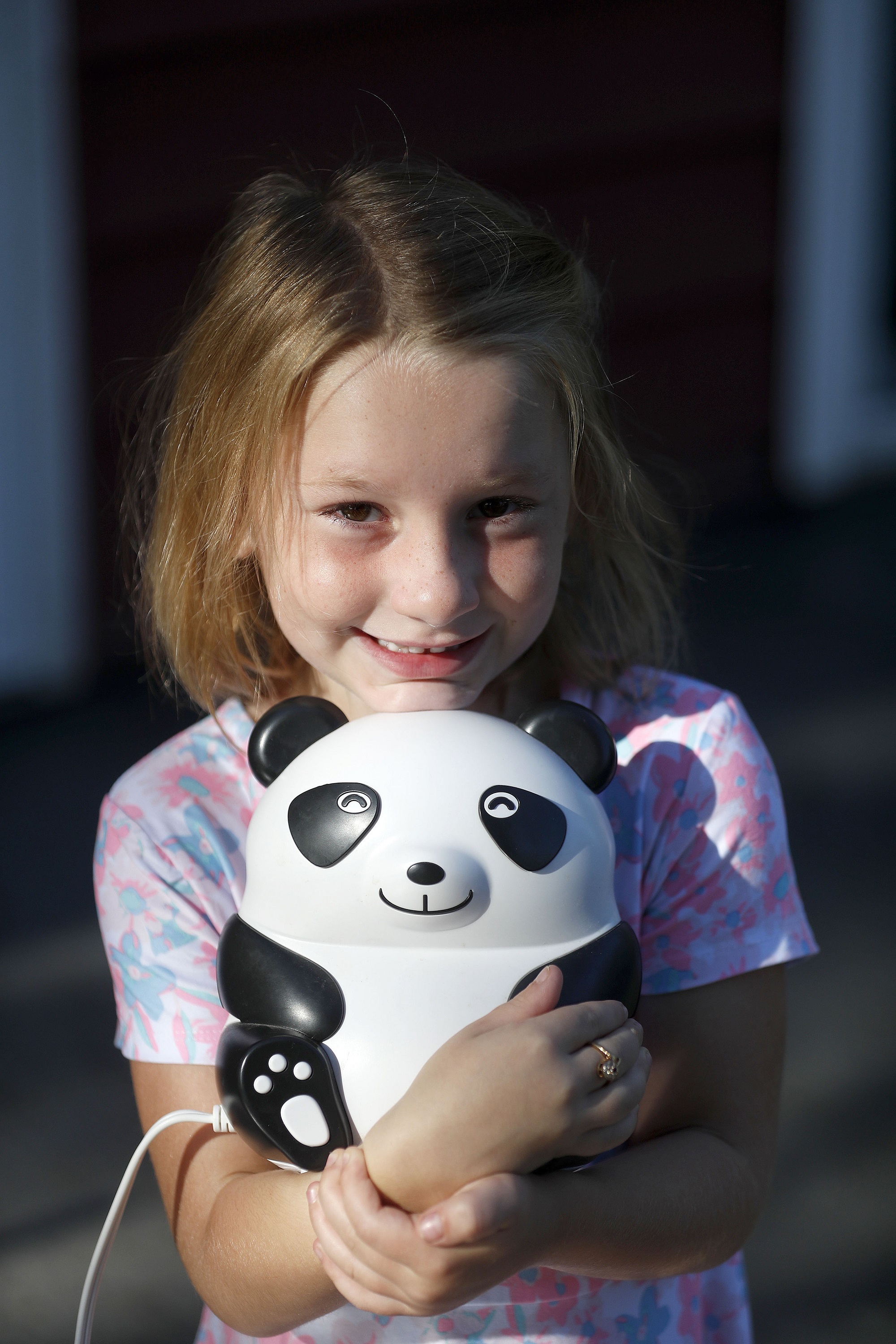 Delaney Reil holds on to her panda bear nebulizer, which she has learned to ask for if she feels an asthma attack coming on. (Mark Mulville/Buffalo News)

Her daughter, Delaney Reil, almost 6, will enter first grade in the coming days at Fricano Elementary School in Pendleton. She was diagnosed with asthma about 3 1/2 years ago, after several bouts of bronchiolitis – a lung infection – with a cough. Her mother keeps a nebulizer that administers when Delaney has a coughing and wheezing spell.

“She doesn't have to use it frequently but if she gets sick with a cold, that's when her asthma really kicks up,” McMichael said.

Delaney hasn't needed a rescue inhaler yet though her mother plans to talk to her daughter’s pediatrician about one during Delaney’s next well visit in October.

Meanwhile, the school nurse is aware of Delaney’s condition and how to manage it in case of an emergency, and McMichael plans to talk with her first grade teacher at the start of school.

“My daughter had a very, very good kindergarten teacher who communicated with me anytime Delaney was feeling ill,” she said.

Dina and the foundation recommended the following ways to help control a childhood asthma: