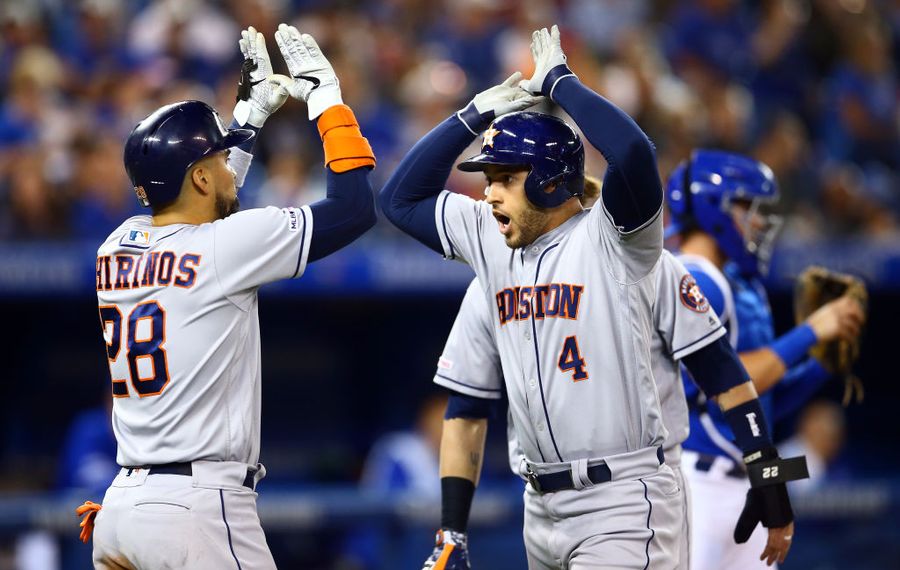 1. Houston Astros. Springer with a 463-foot bomb off LF restaurant windows in Toronto. (2)

6. Oakland Athletics. Four straight wins against Yankees show how dangerous they are. (7)

7. Cleveland Indians. Bad injury week as Ramirez (hand) and Naquin (knee) both could be out for the season. (8)

9. Washington Nationals. Only Dodgers have better run differential in NL than Nats' plus-110. (9)

22. Chicago White Sox. No word on callup of OF stud Luis Robert, who is 30-30 in HRs and steals over three levels of minors this season. (22)

25. Seattle Mariners. Quite a matchup Tuesday in Wrigley with King Felix scheduled against Cubs' Lester. (24)