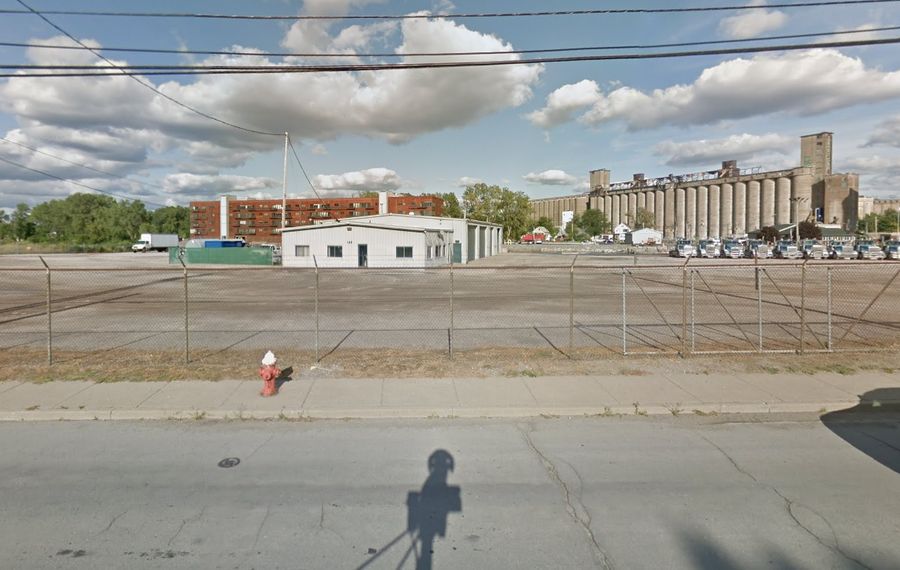 A second sports and entertainment complex is in the works, not far from Buffalo RiverWorks on Ganson Street.

An investment and development group led by Buffalo RiverWorks co-founder Doug Swift has acquired another Ganson Street property, where they plan to create a second mixed-use complex centered around sports and entertainment on seven acres along the Buffalo River.

The new development project – whose details have not yet been released – marks the latest example of growth along the once-polluted waterway that now hosts kayakers, canoists and other boaters, as well as tour groups, while new apartment buildings, restaurants and parks line its shores.

It's also a testament to the popularity and success of RiverWorks that one of that venue's developers sees an opportunity for even more recreational activity in the same area.

"I think it’s a perfect complement to RiverWorks," said Swift, president of CityView Properties, and the principal leader of the new project. "We’ll have great opportunity for collaboration."

“Our group is very excited about the innovative project we’ve been working on," Swift said. "It has been in development for the past year and will build on the tremendous growth the Buffalo River corridor is witnessing.”

The site is located further down Ganson from RiverWorks, and closer to the Ohio Street intersection, across from the Bison City Rod and Gun Club, near Silo City. It's also near two new apartment buildings on Ohio, as well as Ellicott Development Co.'s new Cooperage redevelopment, including Resurgence Brewing Co. and a new climbing gym.

Swift said plans call for a mixed-use facility, but he would not elaborate on specifics, saying that more details will be revealed "in the very near future." However, it will not feature hockey, curling, climbing walls or other activities that would compete with nearby RiverWorks, which he co-owns with Earl Ketry.

"Since I am a co-owner of RiverWorks, I would do nothing to harm RiverWorks," Swift said. "This will benefit RiverWorks. We're creating a broader mixed-use density of attractions to the area."

Swift and Ketry teamed up more than six years on plans to convert the former GLF complex at 333 Ganson into what is now RiverWorks, a sprawling waterfront sports, music and entertainment complex that has become a popular destination for all ages.

The 60,000-square-foot venue includes two sheltered ice rinks and hosts a variety of sporting events – roller derby, skating, hockey, tennis, volleyball and curling – along with concerts, parties, festivals, corporate events, dinner theatre, shows and other programs. Part of the Pearl Street Group of Companies, it includes four bars and a restaurant, and has also introduced a beer garden and adventure activities such as climbing walls and ziplines.

Last September, the RiverWorks partners also bought a pair of additional former grain elevators on Ganson Street for $2.15 million. One of the silos, a tall elevator at 323-339 Ganson, is directly next to RiverWorks and was already being leased from Ellicott Development Co. by the facility for its climbing wall and zip line. Located directly adjacent to the Labatt six-pack structure at RiverWorks, it was originally part of the GLF complex.

The other – the former Buffalo Malting silo at 395 Ganson, at Michigan Avenue – was purchased from Sandstone Springs, a Canadian company that recycles kitchen countertops, and is being held in reserve for potential future use.

Ketry is not involved in the newest project, but Swift said he is aware of and supportive of the plan. "We're excited about the growth of the Buffalo River corridor, that RiverWorks is part of and in many ways responsible for," Swift added.

The new owners have already selected an architect and are working on engineering and design plans, with submission later for city approvals. The group hopes to break ground in 2020, with completion anticipated for 2021, Swift said.

"We’ve been working on it for the past year and will continue until the project is fully funded and will follow the normal development schedule," Swift said.

The Ganson Street property currently includes a small steel structure that Burnett uses for vehicle maintenance and operations, but Swift said the new owners were not ready to talk about specific plans for any existing or new buildings on the site.

Bauer was not available to discuss his company's plans. However, Swift said the trucking firm will remain in place for about a year, while the developers finalize their plans and Burnett seeks a new home. "We're working with them to keep their operation going there while they look for a place to relocate," Swift said.