Down below, a worker on a ride-on mower was cutting the tall, green grass in 70-degree weather, as a thunderstorm rumbled through the mountains.

Cockaigne says skiing and snowboarding will return there this year, more than eight years since a devastating fire. It just needs the seasons to change.

But true to its owner's vision, Cockaigne isn't waiting around for the snow to fall.

The ski area in northern Chautauqua County is already operating a lodge that serves meals Thursdays through Sundays, with live entertainment inside. Weddings are coming up at the property. Cockaigne officials are also thinking longer range, about booking acts to perform on its outdoor stage next year, attracting mountain bikers, and creating options for on-site lodging.

Cockaigne intended to reopen last year for skiing and snowboarding, under owner Rex Butcher. But the resort wasn't able to get all the infrastructure ready in time, and postponed its plans until this year.

The delay disappointed Cockaigne fans, who yearned to return to its slopes. A fire in January 2011 destroyed Cockaigne's lodge. The resort finished that winter with borrowed equipment, but then-owner Jack Van Scoter opted not to reopen the following season.

As the years passed, locals wondered what would become of the idle resort, a favorite of families for its intimate atmosphere and abundant snowfall. Butcher has driven a $6.2 million revival of the property. He is determined to make Cockaigne a year-round destination, not dependent solely on skiing and snowboarding.

The destroyed ski lodge – built as the Austrian pavilion for the World's Fair held in New York City in 1964, and later shipped to Cherry Creek – was Cockaigne's centerpiece. The new lodge is about four times as large, with a bar, dining area, private space for groups and an outdoor seating area. Windows face what will be the bunny hill and terrain park, so parents seated inside can keep tabs on their kids outside. 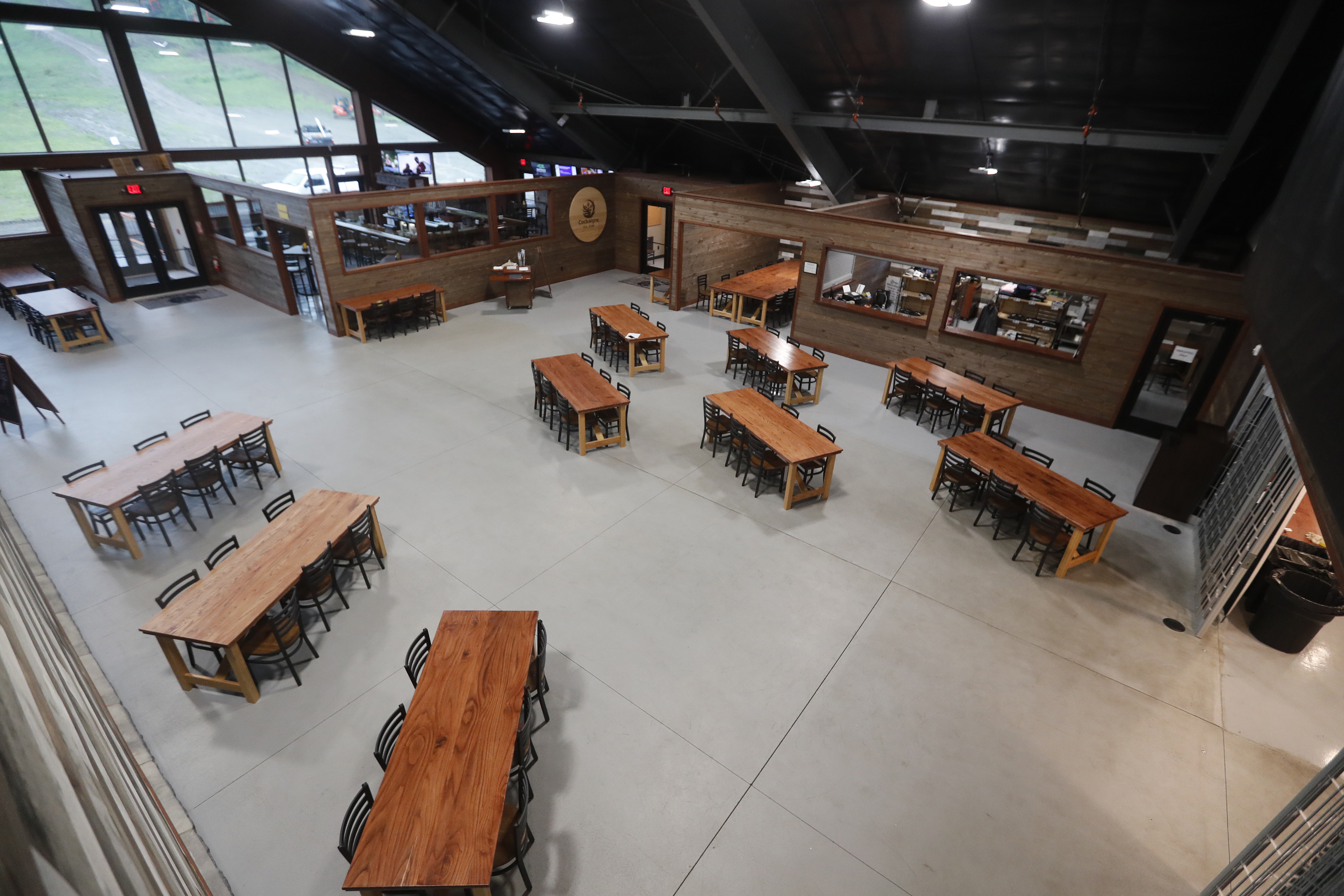 Cockaigne's new lodge is four times larger than the one destroyed by fire in January 2011. (Mark Mulville/Buffalo News)

For the weekend skier, Cockaigne's slopes appealed to those who preferred a smaller setting to larger ski areas like Holiday Valley and Kissing Bridge, which boast greater vertical drops, more trails and bigger crowds. A reopened Cockaigne also means Chautauqua County will regain a second ski area, in addition to Peak 'N Peak, which is in the county's southern end at the Pennsylvania border.

Jason Spain, who was named Cockaigne's general manager a few months ago, said the resort's return has attracted interest. Some people have come to eat at the lodge or take seats at the pub to check out the progress. Others pull into the driveway in the off hours, to see what's taking shape.

"There are people that grew up skiing on the hill that now have children of their own," said Spain, who previously worked on building luxury resorts around the country. "As eight years have gone by, now they have children they want to introduce to their old stomping grounds and be a part of that family experience, as well."

Knowles worked at Cockaigne years ago. She has fond memories and friendships from those days, and remembers receiving a call the night that fire swept through the lodge.

"I came up here and I was up here until 2 in the morning, watching it burn," Knowles said. "It was devastating."

In the aftermath, she and other staff members gathered in the maintenance building, wondering what lay ahead. Other ski resorts in the area came to the rescue, lending equipment that enabled Cockaigne to finish its season. But then came the years of inactivity, followed by the recent ownership change and revival.

"To see it come back is literally a dream come true," Knowles said. 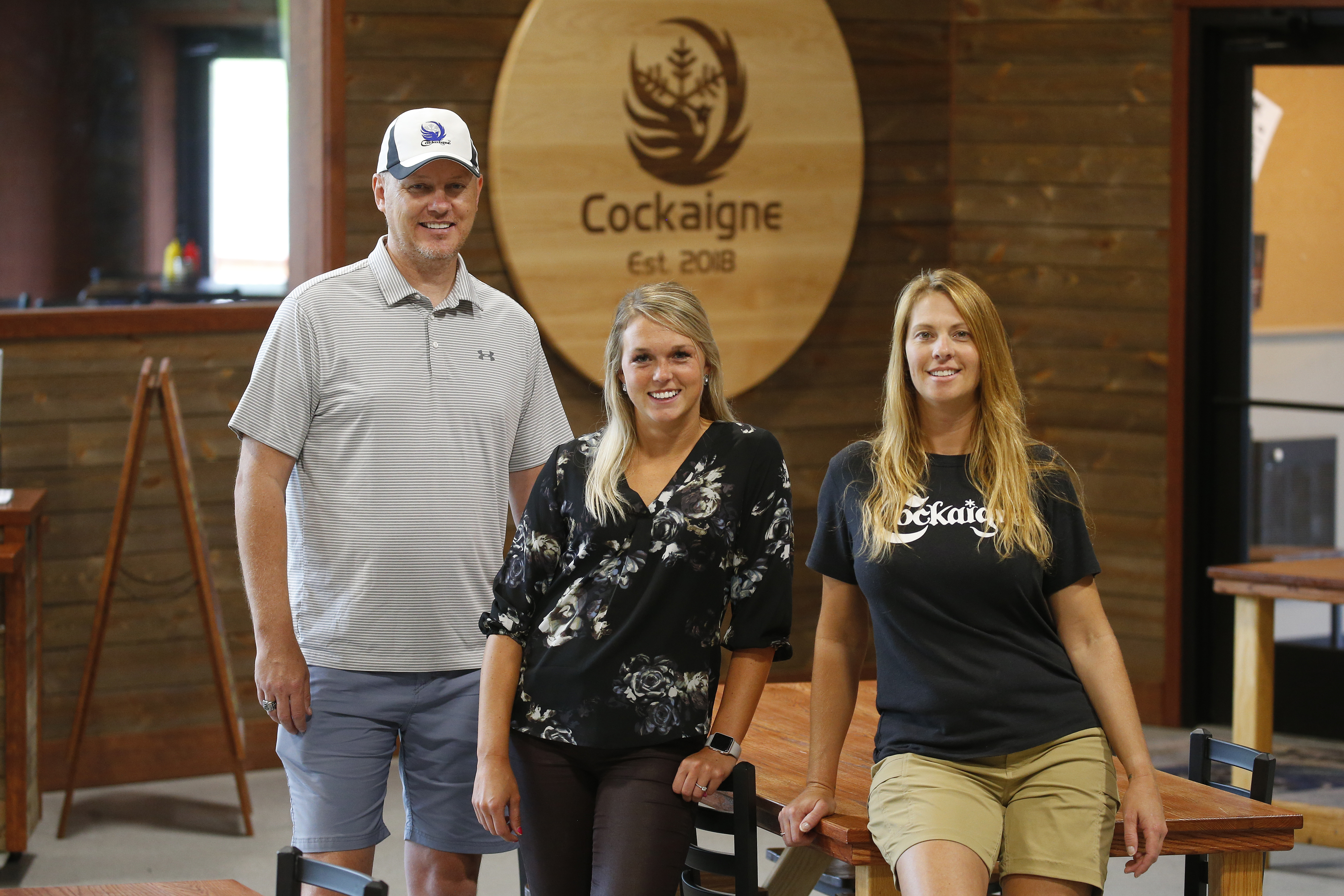 The new Cockaigne team has brought a fresh perspective to the property, balancing what made it popular in the past with ideas for broadening its appeal. The resort is keen on attracting snowmobilers, who already ride the trails across the street in Boutwell Hill State Forest. Cockaigne plans to have a snowmobiling park on site.

"With the snow, we can create a variety of runs and obstacles, things like that for them," Spain said.

On the entertainment side, Cockaigne plans to book two or three "top-name acts" for its stage next year, Spain said. "They won't be the Taylor Swifts of the world, but they'll probably be the John Michael Montgomerys and those type of people that were big stars and still have a big draw."

Cockaigne will add to its staff as ski season approaches. Meanwhile, the resort is thinking about adding a mountain bike park for summer 2021, and is considering ideas for on-site lodging.

Spain said he shares the outlook that Rex Butcher and his wife, Darlene, have about Cockaigne's slopes reawakening this winter.

"I would say there's definitely a lot of positive anticipation," Spain said. "I think they'll breathe very nicely once it's up and functioning and there's skiers heading down the hill and everyone's happy." 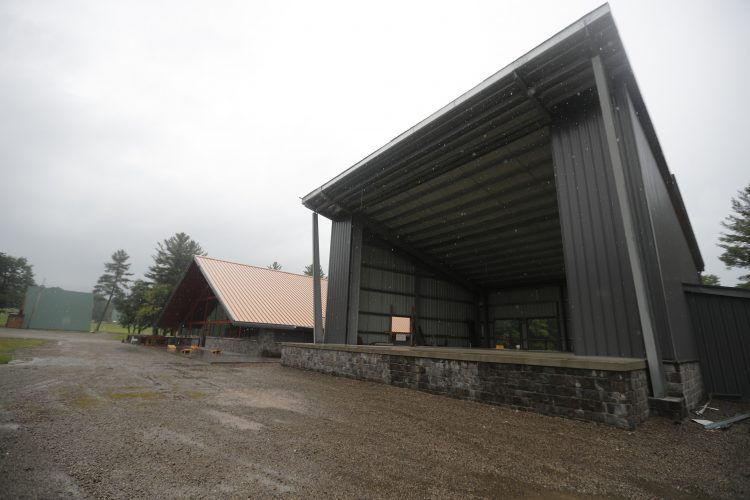 Cockaigne plans to book some big-name acts for its outdoor stage for 2020. (Mark Mulville/Buffalo News)