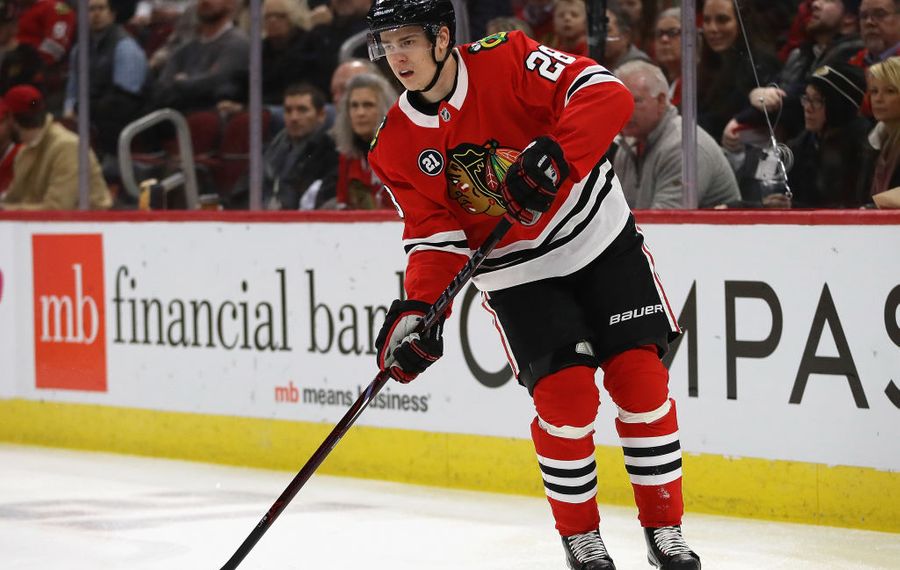 The Buffalo Sabres have announced their roster for next week's annual Prospects Challenge at Harborcenter, and it will mark the debut of one of the organization's major summer acquisitions.

Defenseman Henri Jokiharju, the 19-year-old acquired from the Chicago Blackhawks in a trade for former first-round pick Alexander Nylander, is one of the marquee names who will suit up for the Sabres in games against prospects from the New Jersey, Boston and Pittsburgh organizations.

Jokiharju split last year between Chicago and Rockford of the AHL and then won a gold medal while playing for Finland in the World Championships. On a crowded Buffalo blue line, he figures to start the season in Rochester but could push through if trades are made and if he has a good showing in Prospect Challenge and exhibition games.

Buffalo's initial prospects roster does not include center Dylan Cozens, its No. 1 pick in the June draft. But Cozens, who had thumb surgery in early July after an injury during a development camp scrimmage, remains hopeful of playing and could be added to the roster next week.

"It's certainly a possibility. It's not a slam dunk either way," Sabres assistant general manager Randy Sexton told The News. "He's making great progress on his rehab. At the end of the day, we have to make sure we don't put him at any undue risk. The great news is he's making good progress."

The club has also announced all three games will be streamed live on Sabres.com to viewers inside the Sabres’ local broadcast market.

In addition to players ticketed for Rochester, Buffalo's roster for the tournament includes several tryout players or others who could land at Cincinnati of the ECHL. The full roster: