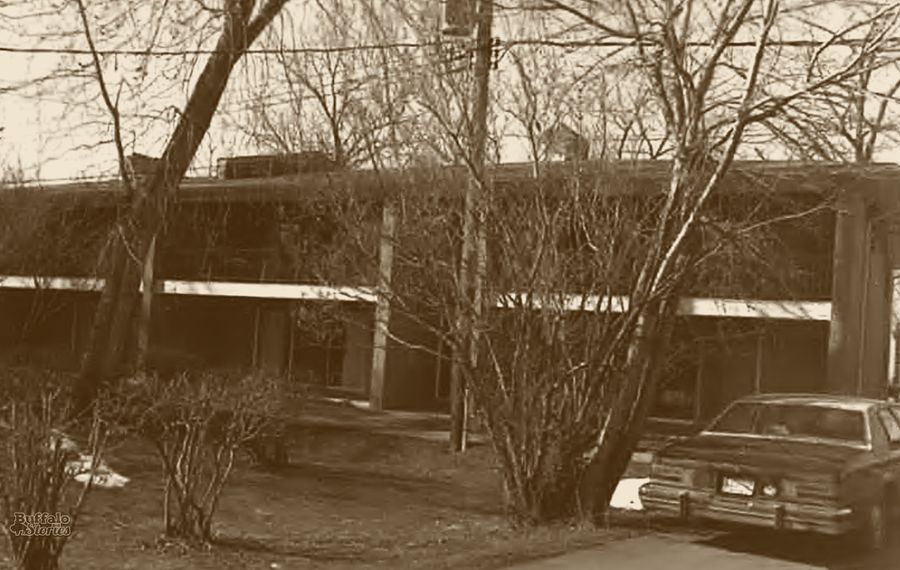 Last month marked the end of the 27-year, $52 million renovation to the Frank Lloyd Wright-designed Darwin Martin House. Today heralded as a national landmark, it was a long-abandoned, overgrown eyesore when a Buffalo architect purchased the main house as an office and home for his family.

In order to maintain and save the rapidly deteriorating main house, Sebastian Tauriello sold off part of the larger property to a developer who built two uninspired midcentury apartment buildings in the middle of the Darwin Martin Complex. The main house’s pergola – since rebuilt – was taken down to make way for the apartments.

Built around 1960, the three two-brick buildings were billed as “The Jewett Gardens,” and marketed as “executive, garden-style apartments.”

Rent was $160/month, which was the most expensive apartment advertised in the paper that day.

The Jewett Gardens apartments were torn down in 2003-04, and gave way to the reconstruction of the pergola, conservatory and carriage house.

Interior renovations continued over the last 10 years, bringing the space back to something that Frank Lloyd Wright would have recognized as his “opus.” This photo was taken from a book published in Holland in 1925, one of the first major retrospectives on Wright’s work. 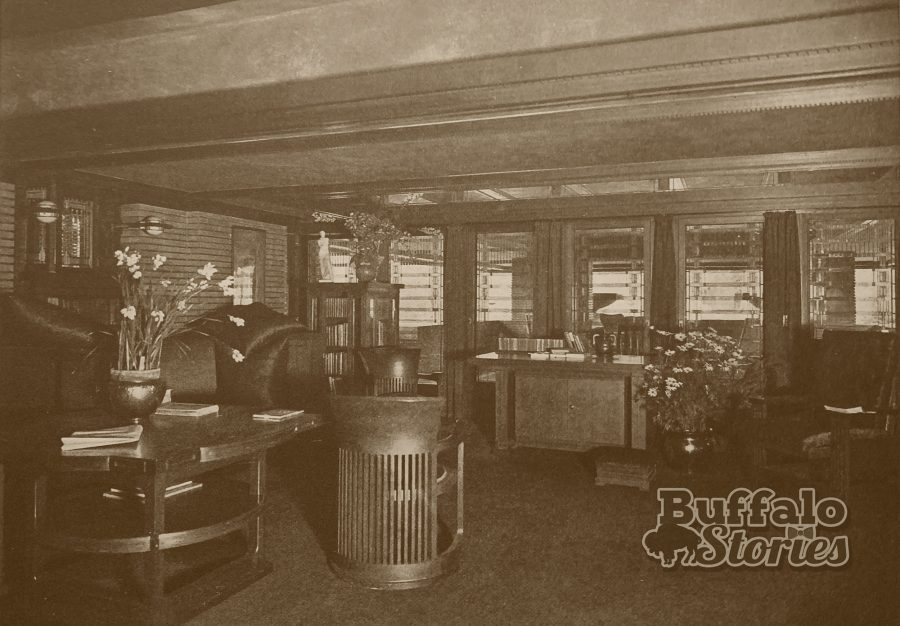 [Related: A Closer Look at the Darwin Martin House]