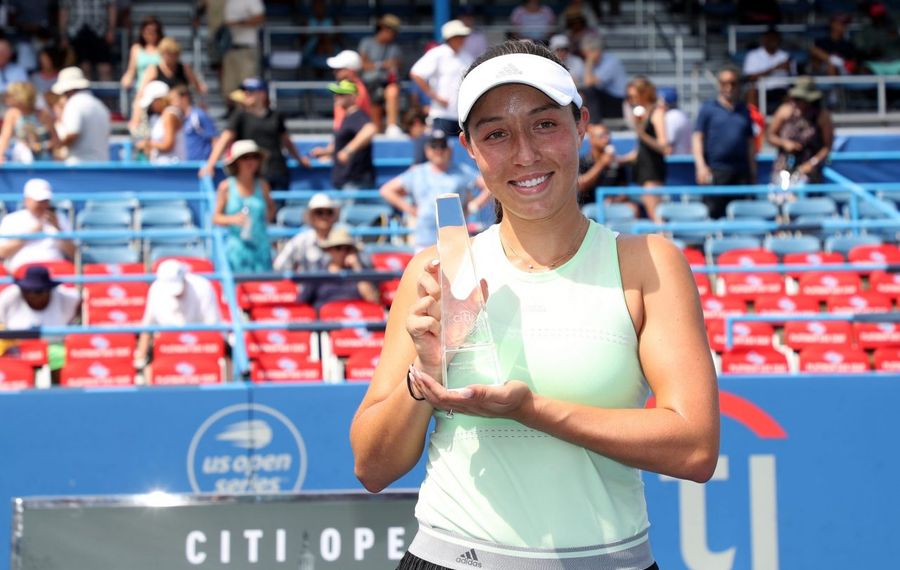 Jessie Pegula has reached the main draw of the U.S. Open twice in her career, having taken the long path through qualifying in 2015 and 2016. Four other times, she attempted to qualify but did not make the field of 128.

This year, she has no such worries.

Pegula’s strong season has moved her to No. 58 in the rankings and a spot in the field, beginning Tuesday against Alize Cornet, of France. The match is scheduled for 11 a.m. on Court 7 at the Billie Jean King National Tennis Center in Queens.

Pegula, the 25-year-old Buffalo native and daughter of Buffalo Bills and Sabres owners Kim and Terry Pegula, is having her best year on the WTA Tour and has her health after being derailed by knee surgery in 2014 and hip surgery in 2017.

"Right now, it just feels like I'm hitting the stride that maybe I could have hit a few years ago," Pegula said recently. "I have goals. Top 50 would be nice."

The hints of her progress were there a year ago when she made her first WTA-level final last September in Quebec City despite a ranking of 227. She lost to world No. 69 Pauline Parmentier, but capped a tournament in which she had to go through qualifying just to make the main draw.

She cracked the Top 100 in the world rankings in January and then upset former U.S. Open semifinalist and world No. 12 Anastasija Sevastova in February in Charleston, S.C. She made two Challenger Tour finals.

Then came the big jump with her first career WTA tournament victory at the Citi Open in Washington, D.C., beating Camila Giorgi, 6-2, 6-2, in early August.

“I think I just realized that my game kind of went up a level,” she told the WTA website about the last several months. “And before it was always like, and with everyone it’s like this, but it was always a goal: get to Top 100, get to Top 100. To just reach that milestone.

“But I don’t know if it was because I was playing better, so I got more confident, but (getting to the Top 100) didn’t seem like such a big deal to me. Which I think kind of helped.

“It’s like, 'OK, I belong here.' It was way less pressure. Before, maybe like a few years ago, when I had gotten pretty close, it was more of like a pressure situation – whereas this was more like, ‘OK, I feel like this is where I’m supposed to be anyways.’”

A naturally powerful player and quick learner, Pegula had been solid on nearly all strokes but lacked a standout shot. She focused on improving her serve and mixing up shot selection and pace.

Pegula's willingness to vary her game and her drive after years spent toiling in lower-level tournaments were what stood out to Venus Williams's former coach David Witt when the pair started working together a week before her win in Washington.

"She's thinking about things that we've started working on already, which is not easy to do – to add things in when you're in the heat of the battle out there," Witt said. "[Pegula] has all the shots, which is good, so when you want her to add this in there or, 'Hey, try this,' she has the shot to do it. It's just a matter of her mixing it in and seeing it work."