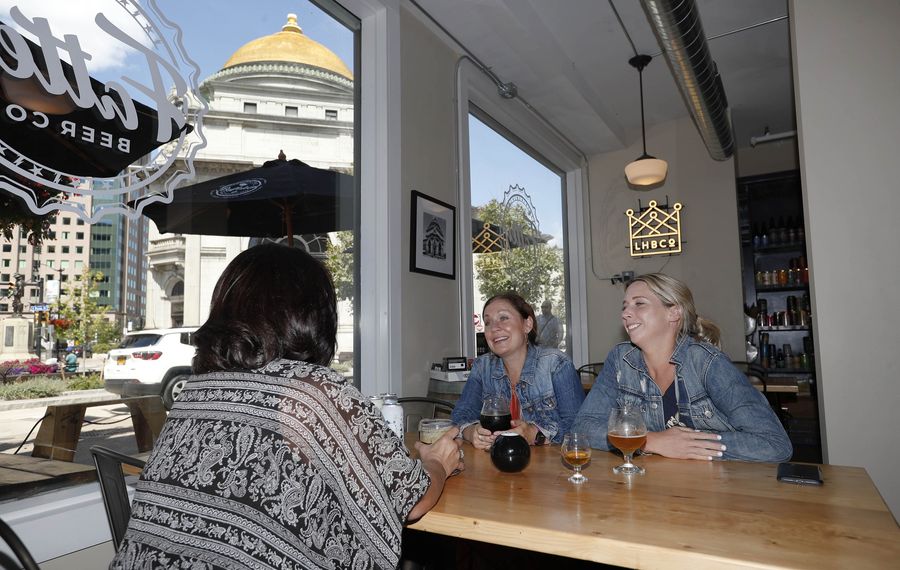 A funny thing happened on a recent sweltering summer Friday, when my wife met me for a drink at Fattey Beer Co. As we entered the bar/beer store at the corner of Main and Genesee streets in downtown Buffalo, co-owner Chris DiCesare greeted me with a smile and friendly shout: “Good to see you again.”

My wife gave me a raised-eyebrow look that I’ve received, well, a few times during our marriage. But within a few minutes of our arrival she understood why I’d visited on a weekly basis since its June opening.

Weekly is not an exaggeration. I work in the Brisbane Building, just down the street from Main and Genesee. My coworkers and I often venture to Overwinter Coffee (9 Genesee St.), and when I saw the Fattey name next door during construction, I darn near levitated with excitement.

I often visited Hamm and Fattey’s in the Village of Hamburg. Fattey Beer Co. co-owner Nik Fattey is a partner in the Hamburg spot. For his Genesee Street venture he brought in everything that has made Hamm and Fattey’s so popular, and perfected it.

On a recent Saturday, the draft list included several IPAs, but also multiple sours, a pilsner from local brewer 12 Gates and a few lighter selections. Local beers often are on tap, but you’ll find yourself gravitating toward banner names in craft brewing like SingleCut, Collective Arts, Mikkeller Brewing. 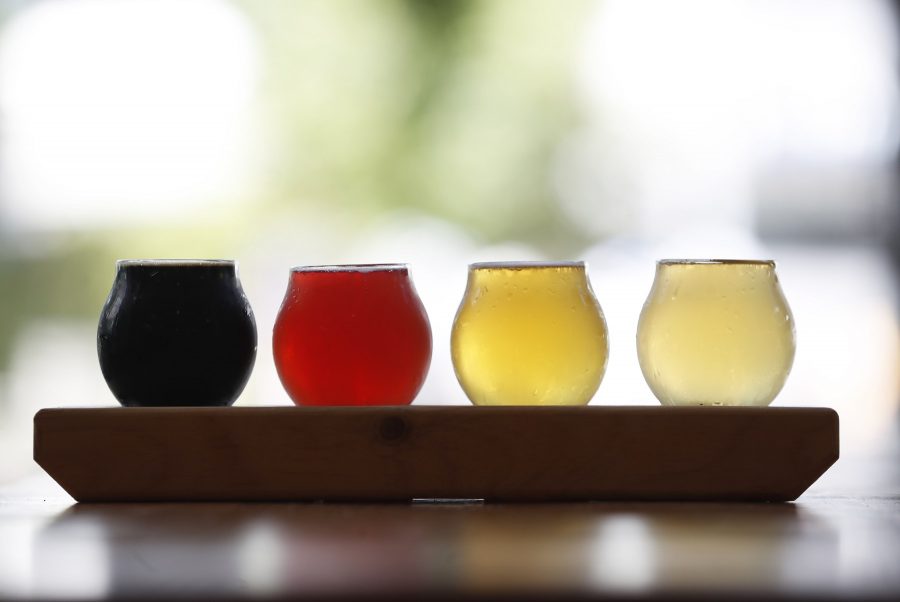 Can and bottle prices vary just as they do at any local beer outlet, with some as low as $5, others more than $10. There’s a neat-o vintage fridge with cans of PBR, Genesee and other affordable hipster delights for $3, or $2 to go. The Truly crowd will be happy to note that hard seltzer (and some wine) also is available.

The interior is bright and breezy, with a large bar, several tables and lots of standing spots. Picnic tables are out front and ideal for people-watching, while an intimate back patio has a far-from-Buffalo feel.

There currently is no food — minus some freshly popped popcorn — but outside food is welcome. It’s even an ideal spot to bring lunch.

That is one reason Fattey is a hit with downtown workers, especially my own coworkers. “It’s a perfect spot — outdoor patio, great beer, very friendly staff and lots of dogs,” said Lauren Ruppel of West Seneca, who keys on another unique Fattey trait: Dogs are very, very welcome.

For Kenmore's Jessica Massey, there’s another special element: “If you visit often — and I do — the Mug Club pays for itself, and has an exclusive feel to it.” 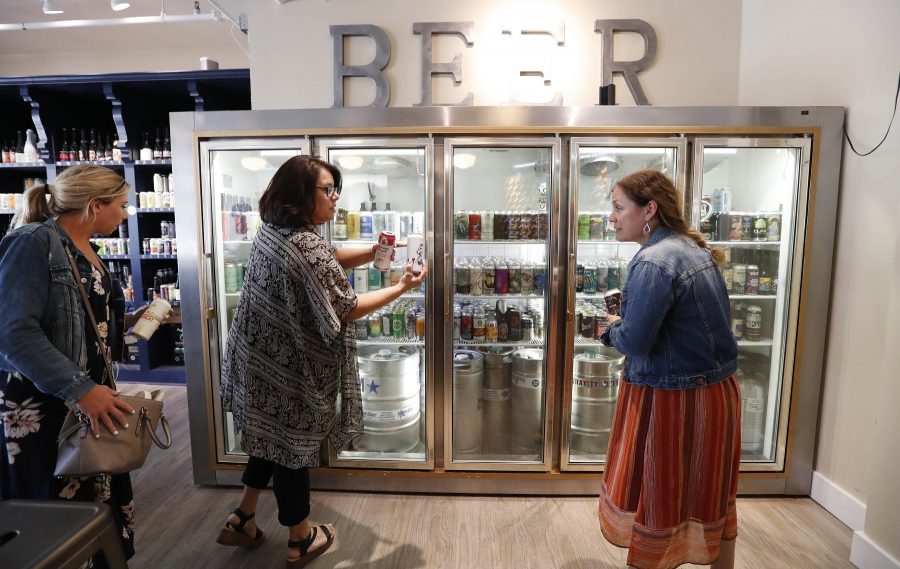 For $125, Fattey Beer Co. Mug Club members receive a 20-ounce in-shop mug with their personal number on it, a 16-ounce take-home mug, $2 off to-go beers and numerous other deals and event invites. There are only 300 or so spots in the club and yes, I am Mug Club member.

From my first visit, I’ve been impressed by the quality of the beer; the friendliness of Fattey, DiCesare and their staff; the music, which on more than one occasion was a Spotify playlist of Brit-pop featuring the likes of Oasis and Pulp; and the laid-back vibes.

Quite frankly, Fattey Beer Co. is the spot I’ve been seeking my entire adult life. Simple but smartly curated, classy yet down-to-earth, bursting with an unending supply of unique beer and (sometimes) soundtracked by the music of my youth? Yes, Fattey is my jam.

And I promise to keep my wife informed of all my visits. OK, most of them. 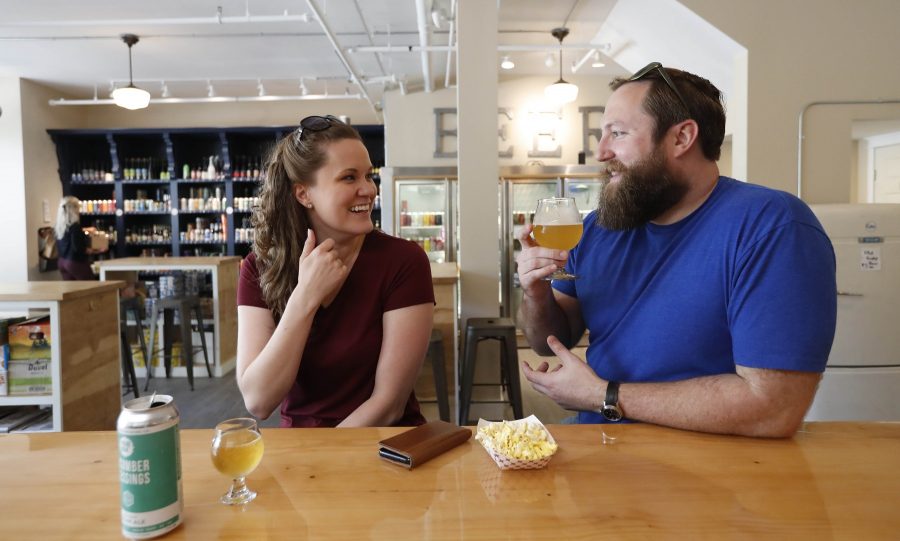 Laura and Vaughn Griffiths decided to take a weekend vacation to Buffalo and Fattey Beer Co. was their first stop. (Sharon Cantillon/Buffalo News)

Scene: Relaxed, low-key, a mix of after-work drinkers and anyone else with a passion for beer.

Wheelchair-accessible: Yes, through the front door.

Tasty tip: The beer list changes frequently; one of the joys of a visit is arriving to investigate the chalkboard. Two ways to keep up are Fattey’s Facebook page and with the Untapped beer app. 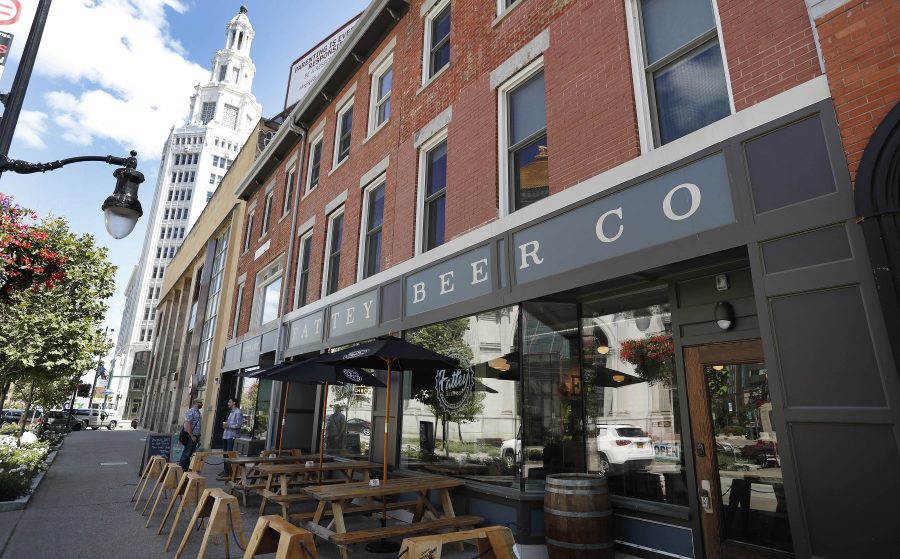