So after college, the self-described farm kid jumped at the chance to take a job with GM in Oshawa, Ont., in 1985. Johnson was a mechanical engineer. Many of his classmates headed off to work in the oilfields of Alberta, but that didn't appeal to him.

Johnson embarked on a long career with GM. He went on to work at GM operations in Ohio, Michigan and Missouri before becoming plant director of GM's Lockport components plant in May.

Johnson now leads a plant with a workforce of 1,400 people, making an array of automotive heating and cooling products and a cornerstone of the region's automotive manufacturing sector. The site has rebounded from its troubled times of several years ago, when its survival was in question. GM just announced new business for the plant, to supply parts for an undisclosed high-volume vehicle.

Johnson, 56, a Clarence Center resident, talked about his leadership style and what stands out to him about Lockport:

Q: How significant is the new business the plant was awarded?

A: It's significant because it's good volume. Depending on where the rest of the line is that we're currently building, how that stays, it could be additional jobs, or it could be retention of jobs. It's probably more retention of jobs, based on the cycle we go through. But it definitely keeps us moving.

And that's what we're after. Our team is definitely after as much work as we can get, so we can keep the place viable and growing, if possible. … We're following the launch of the new (heavy duty) pickup truck in Flint (Mich.). We're supplying five different parts for that. That's going well. We're staying with them as they ramp up production over the next couple of weeks.

Q: What have you learned from your past GM assignments?

A: You take a little bit away from every place you go and from every leader you work for. There's good and bad in everybody; hopefully you just take away the good things and mold them into your leadership style. I went from direct line jobs working in an assembly plant to a staff job supporting multiple plants across the country.

I did a stint for five years out of the Warren Tech Center [in Michigan]. I visited every General Motors plant in North America, and was responsible for some sort of improvement, sharing best practices, that sort of thing.

That was a very good job for me, because it was early in my career in the U.S. and it got me to network with all of the folks in the company, both in manufacturing and on the engineering side.

Q: How is your relationship with UAW Local 686 at the plant?

A: It's a great relationship. There's no downplaying it at all. It's probably the best management-union relationship I've seen in my career. [Chairman] Mike Branch is a great person. His whole team is very approachable and very easy to work with.

They've got their issues; we've got our issues, too. But we work it out. We attack these things more of, 'How do we solve a problem?' rather than, 'Here's what I want, here's what you want.' 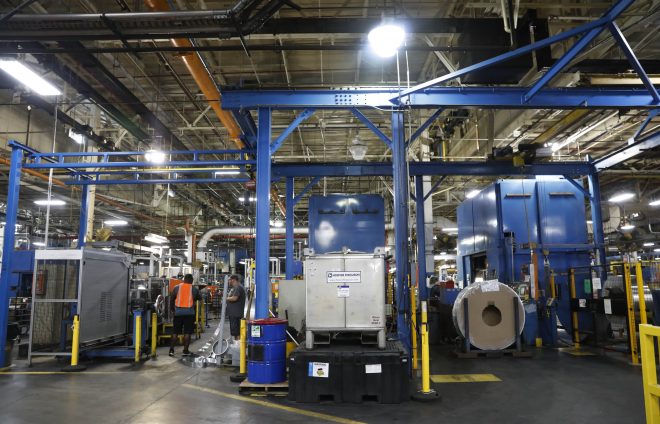 The GM Lockport plant has about 1,400 employees, making a variety of parts for vehicles. (Sharon Cantillon/Buffalo News)

Q: What are your impressions of the Lockport plant?

A: The union relationship is very good, and that really sets the foundation for everything else you do in the plant. The other thing I'd say is, the staff leadership here is very tight. They work truly as one team to do whatever we've got to do. If we're having trouble in one area, they all jump in to help that staff member, and vice versa.

The third thing I'd say is, a very engaged workforce. Especially, we have hourly team leaders that lead small teams of five to 10 people. They're among the best I've seen in the company, as far as, they know their business, they can explain to you their business, and they drive their business.

Q: How would you describe your leadership style?

A: I'm a very positive leader. That's the feedback I get from the people I've worked with in the past. I believe positive reinforcement makes a very big difference in people's lives, showing the gratitude when people do things right.

You have to mix that with the times you have to correct issues. But if you can keep the gratitude and the positive feedback on a 3- to 5-to-1 ratio, I think people feel better about what they do.

Q: How does the plant's workforce impact the community?

A: It's amazing how much this workforce gives back to the community, considering that GM Components Holdings has a little bit lower wage rate than General Motors in [places like] Tonawanda. In most cases, they're not making as much as money, but they're giving as much, or more. 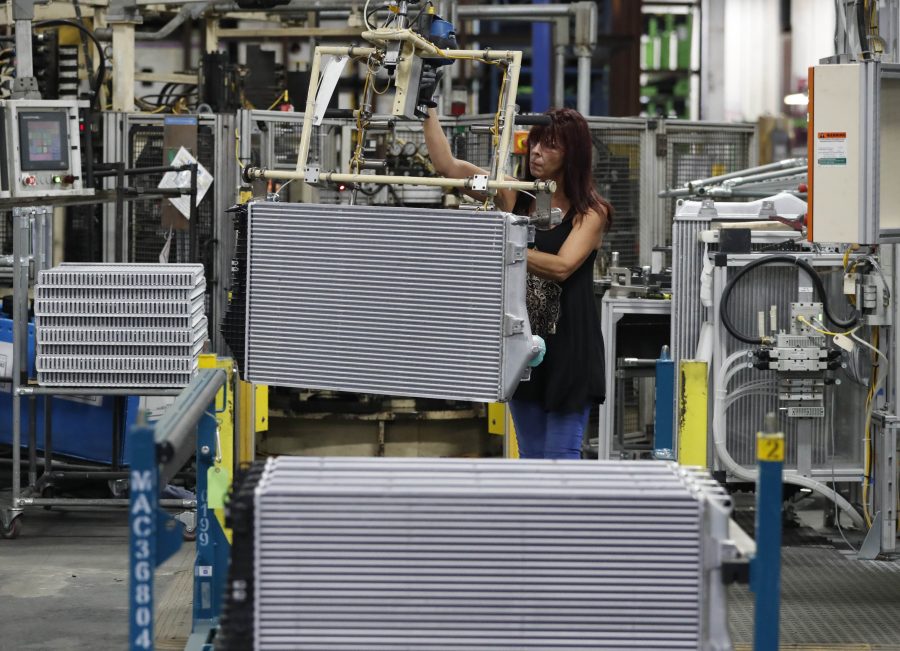 Q: What are your thoughts on the auto industry?

A: It's always been a cyclical environment. We've had a bull run for a long time here, which is great. There's good and bad — I see potentially a little bit of a slowdown coming in the next couple of years. That's what the experts will say, anyway, and I keep myself pretty up to date on what's going on in the news.

However, I'm excited by what's going on in electrification and autonomous. I think our company is very well-positioned for that. They've invested the right energy and the right brain trust into those processes and those programs. I think that will be a competitive advantage for us.