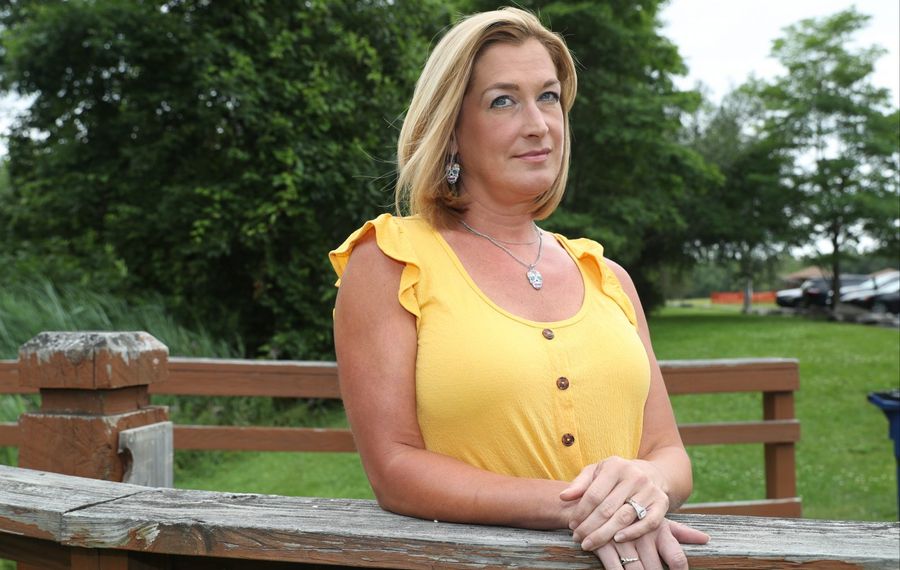 A Niagara Falls public school teacher says she has been fired from her $103,000-a-year job for allegedly violating the school district’s residency rule.

Adrienne Sayers, 44, said the Niagara Falls School Board voted Thursday night to terminate her because district officials believe she violated a policy that requires employees to live in the City of Niagara Falls.

The district had hired private detectives to watch, follow and videotape her to prove that she did not live in Niagara Falls.

A school district official confirmed the termination but declined to comment further. The district directed a Buffalo News reporter to contact its attorney, Angelo Massaro, who was unavailable Friday.

Sayers, a Spanish teacher who has worked in the district for 22 years, said she feels she has been unfairly targeted by the school district. Sayers said she was "not surprised" but "frustrated" by the board's action. She said she could not speak in further detail about her case on Friday, telling a reporter to contact her attorney, Lindy Korn. Korn was not available for comment.

In an interview last month, Sayers told The News she is a victim of “selective enforcement,” adding that she is aware of other Niagara Falls teachers who live outside the city but are not targeted because they have political connections or personal ties to district leaders.

“They went after me because I’m a person who stands up and speaks up for me and my fellow employees,” said Sayers, who has worked at Niagara Falls High School. “If you’re connected, you can pretty much do what you want. They don’t place you under surveillance for eight months and kick you out of your job.”

While not commenting specifically about Sayers’ case, Massaro told The News last month that the district does not selectively enforce its residency rule. He said all teachers are made aware of the requirement before they are hired.

Critics of the residency rule say it limits the district's ability to hire top-notch teachers, because most other school districts give job candidates freedom to choose where they live.

According to the American Federation of Teachers, very few school districts throughout the country require teachers to live in the district where they work.

Documents that were sent to Sayers by school district officials make clear that Sayers has been under investigation and under surveillance by detectives since last year. The documents allege that Sayers has been claiming to live in Niagara Falls, but actually living in a home in Amherst with her children and her husband, Benjamin Sayers.

Sayers denied that she violated the residency policy. She said she and her first husband owned a home in Niagara Falls for 15 years, but sold it in 2015 after their divorce. Sayers said she has since rented apartments in the Falls – initially on Buffalo Avenue, later on Niagara Falls Boulevard. She said she often stays overnight in the Niagara Falls apartment.