China and India are the world’s two most populous nations. Each have more people than the next five countries put together, and scores of regional cuisines shaped by the cultures, crops and geography of each region.

So it's somewhat less than shocking that their culinary circles have overlapped in distinctive ways. One hybrid, known as Indo-Chinese cuisine, was developed by Chinese traders living in Calcutta. Over a century, a slate of these dishes – like Indian cheese stir-fried in Sichuan Chinese style – have become broadly popular across the subcontinent.

Yet the only clues to the cuisine’s existence you would find around Buffalo were a few dishes with the word Manchurian in the title. Which makes no sense mapwise, as Manchuria is on the east end of China, away from India.

Yet tuck into chicken or cauliflower Manchurian, and you might find yourself comparing its battered nuggets in spicy-sweet chile sauce to a certain General Tso you might have met. 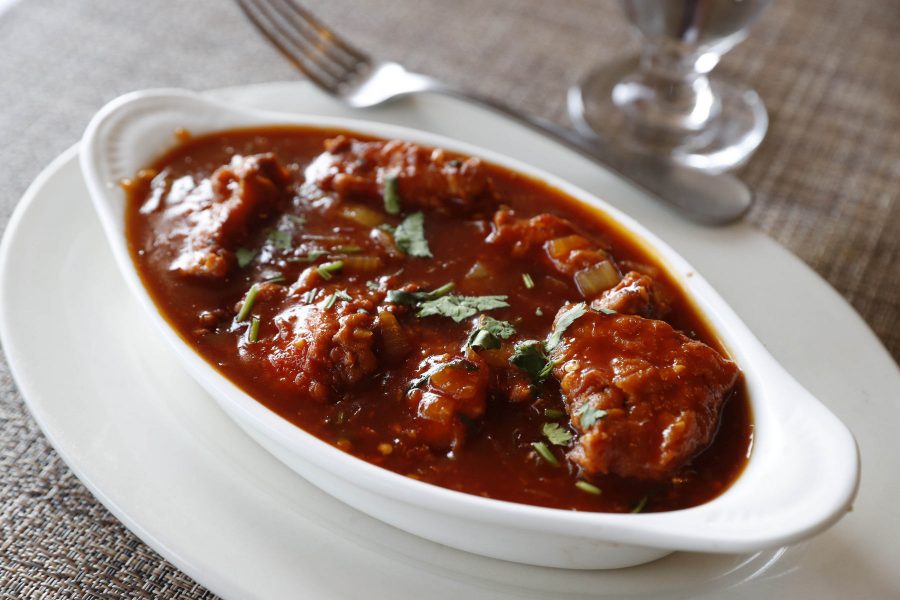 Operated by Bangladeshi Moinul Haque and partners, Qutoom is the only place in town declaring Indo-Chinese a specialty, so I decided to explore what that means.

In February, Qutoom opened in the space formerly inhabited by Balkan Dining, a restaurant I adored. But as I sat down, I promised myself to keep the ghosts out of my review. 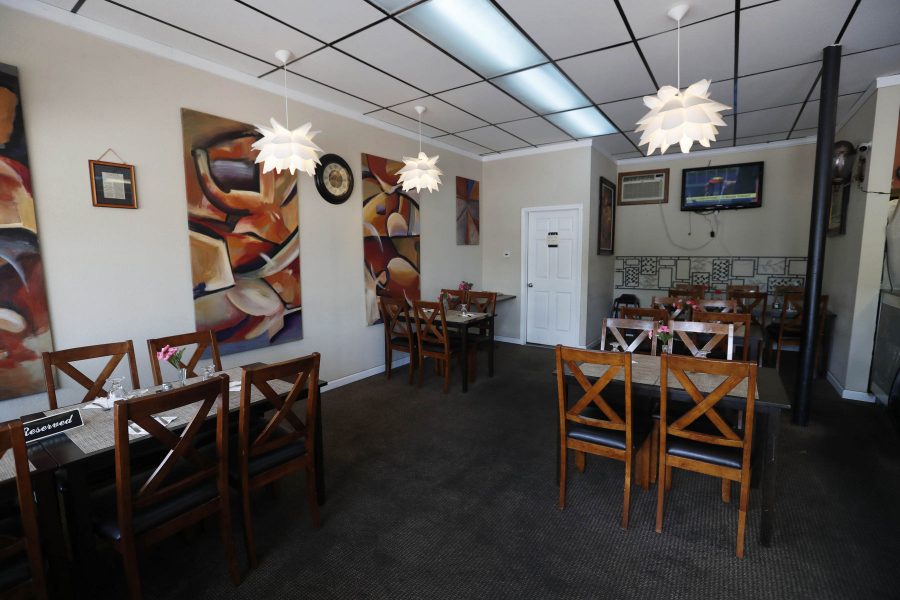 My sampling left me a particular fan of the well-marinated tandoori chicken ($12), with flavor all the way to the bone; daal makhni ($11), creamy black lentils lively with ginger; and puffy, buttery garlic naan bread ($3). Fried samosas ($5/2), or potato-stuffed pastries, were solid versions with vibrantly flavored filling.

I'd skip the spicy chicken wings ($8), battered wings in a tomato chile sauce that betrayed their name. My overall impression was that you could have a decently average meal sticking to the strictly Indian side of the menu. But that’s not why I was here.

Hakka noodles with shrimp ($10), named after a Chinese ethnic group with members who settle in Calcutta, seemed like a good place to start. I could hear the rhythmic metallic sound of wok-frying, the official soundtrack of Chinese takeouts everywhere – like Tin Tin, the takeout parlor two doors down. 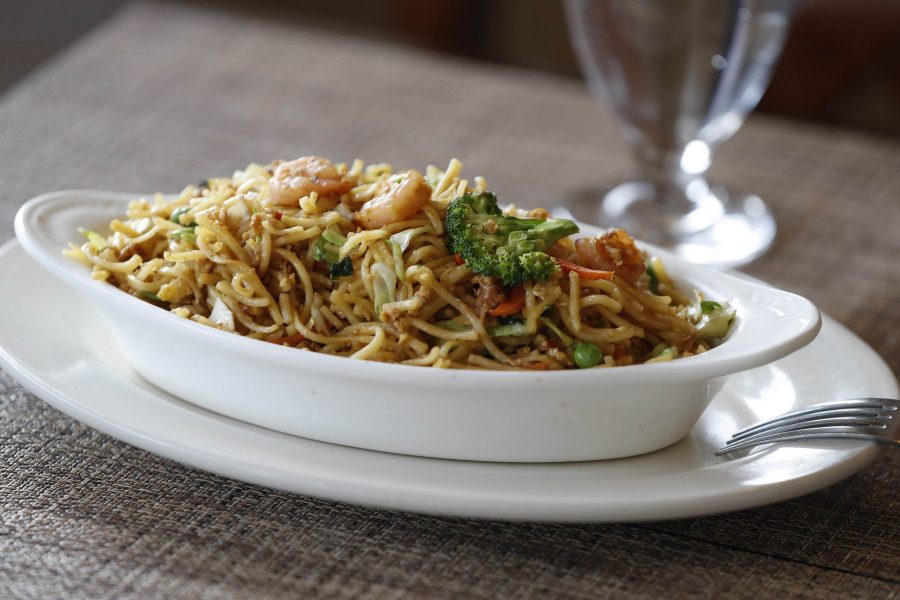 Qutoom's Mumbai influenced Hakka style noodles are stir-fried with julienne cabbage, carrots and egg infused with soy sauce, herbs and spices. This one is served with shrimp. (Sharon Cantillon/Buffalo News)

When the dish landed, it reminded me of lo mein – pasta coated with soy sauce flavored with garlic and ginger, with crunchy cabbage and shredded carrot, with pinky-sized shrimp. These noodles got extra richness by being cooked with egg, which clings to the strands saucily.

Chicken fried rice ($10) was similar to the Chinese version, too, except it was made with long-grain basmati rice. Both dishes were noticeably less greasy than most Chinese takeout versions, though. 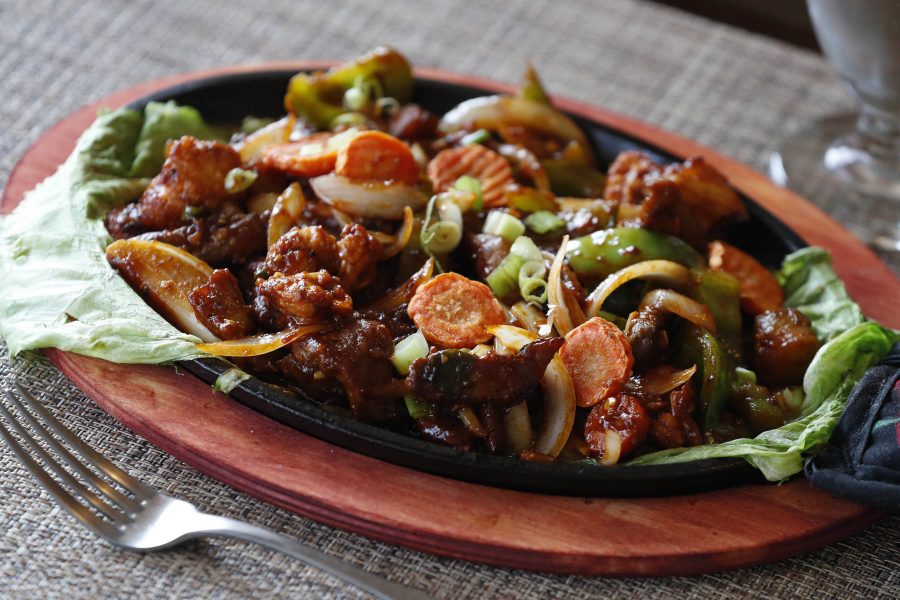 An appetizer of “chilly dry” chicken ($8) was stir-fried breast slices in a gingery soy glaze, with onion and bell pepper, more savory and less sweet than the Chinese standard.

Lamb sizzler ($16) arrived under a cloud of peppery steam, sputtering fajita-like on an iron platter. A thick, glossy sauce, smoky like barbecue sauce but not nearly as sweet, coated lamb bites mixed with bell peppers, onions, scallions and cauliflower, caramelizing happily where it met hot metal. Mushy formerly frozen carrots – which appeared in several dishes during my visit – were disappointing. 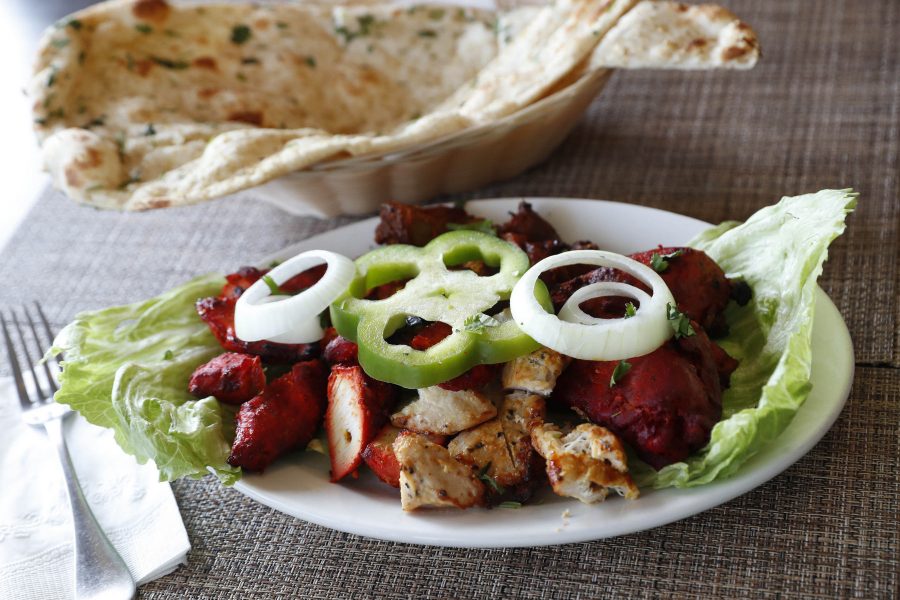 A fish sizzler saw fillets battered and fried before getting the Indian fajita treatment in a satisfying tomato-chile sauce with prominent garlic notes.

Lamb Manchurian ($13) was stir-fried slices of meat, onions and peppers in a glossy gravy. The meat was plentiful enough, but half the pleasure here is pouring it out on the fluffy basmati rice supplied on the side. 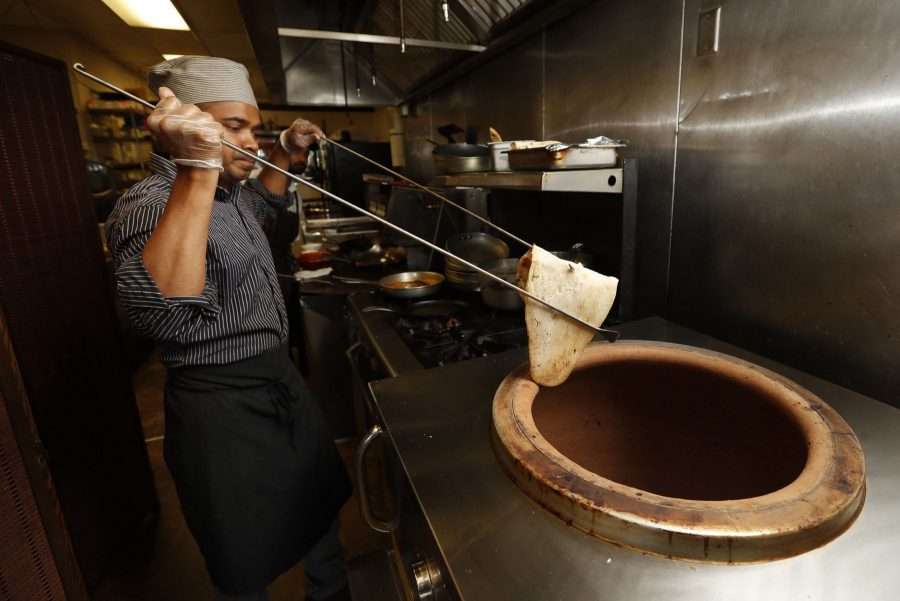 Beef chilly ($13) was similar in its meat-and-gravy aspects, but this one had pronounced smokiness from the wok-frying, what the Chinese call breath of the wok.

Fish Szechuan ($13) was my favorite of the Indo-Chinese bunch. The way the battered-and-fried thin fillets melded with the brick-colored tomato-chile gravy, racy with vinegar, reminded me favorably of the fried-and-spicy magic of good old Buffalo wings – except this dish, powered with garlic and ginger, was revved up for takeoff.

Qutoom was clean, but humble, with a fan in front of an open door instead of air conditioning on the late July night I visited. (I wasn’t bugged by bugs while I ate, so that’s more of an observation than a complaint.)

After dinner, I left thinking that the Indo-Chinese choices will remind folks of the sort of dishes you can get from lots of Chinese takeouts, with more interesting gravies. But here you can get your stir-fried noodles with some curry and made-to-order bread. Qutoom is a trip to China by way of Calcutta, landing on a corner in Tonawanda. 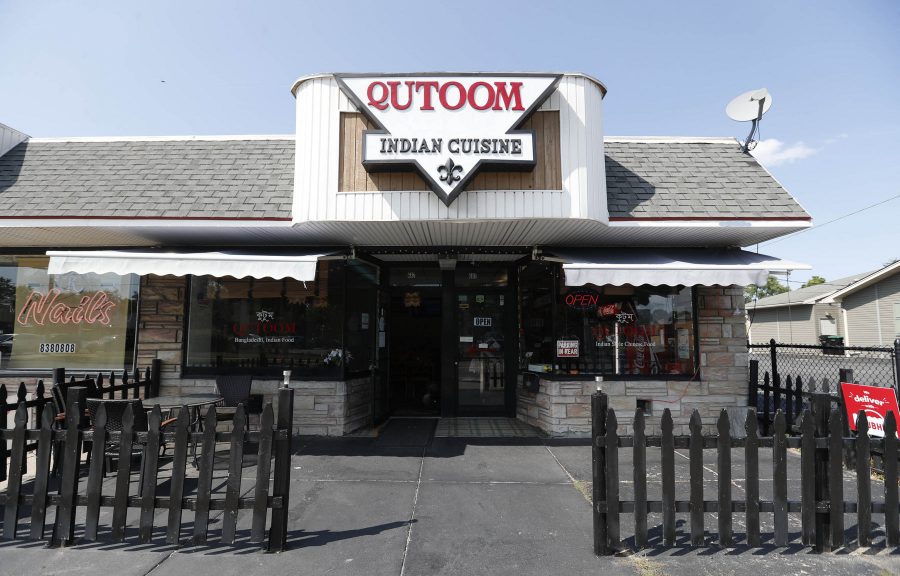 Qutoom opened five months ago at 687 Kenmore Ave in Tonawanda, at the site of the former Balkan Dining. (Sharon Cantillon/Buffalo News)