Tim Stevens did everything he could think of to provide the perfect dram at Lucky Day Whiskey Bar.

He selected specific glasses to best showcase their liquid glories, hired skilled mixologists and curated a collection of 600-odd varieties.

Whether whiskey lovers are in the mood for throwbacks like Cutty Sark ($4 per 1-ounce pour) or esoterica like Balvenie Tun 1509 Batch 4 ($82), when they cross the threshold at 320 Pearl St., it’s their lucky day indeed.

With all that focused precision, though, there was still one variable left uncontrolled: the ice.

With all the care put into a drink’s every molecule in this age of cocktail craft, Stevens decided it was time to refine the other ingredient in the whiskey glass.

“We wanted to do the whiskies that we sell the proper service and make sure that it was the best quality as we can,” Stevens said. 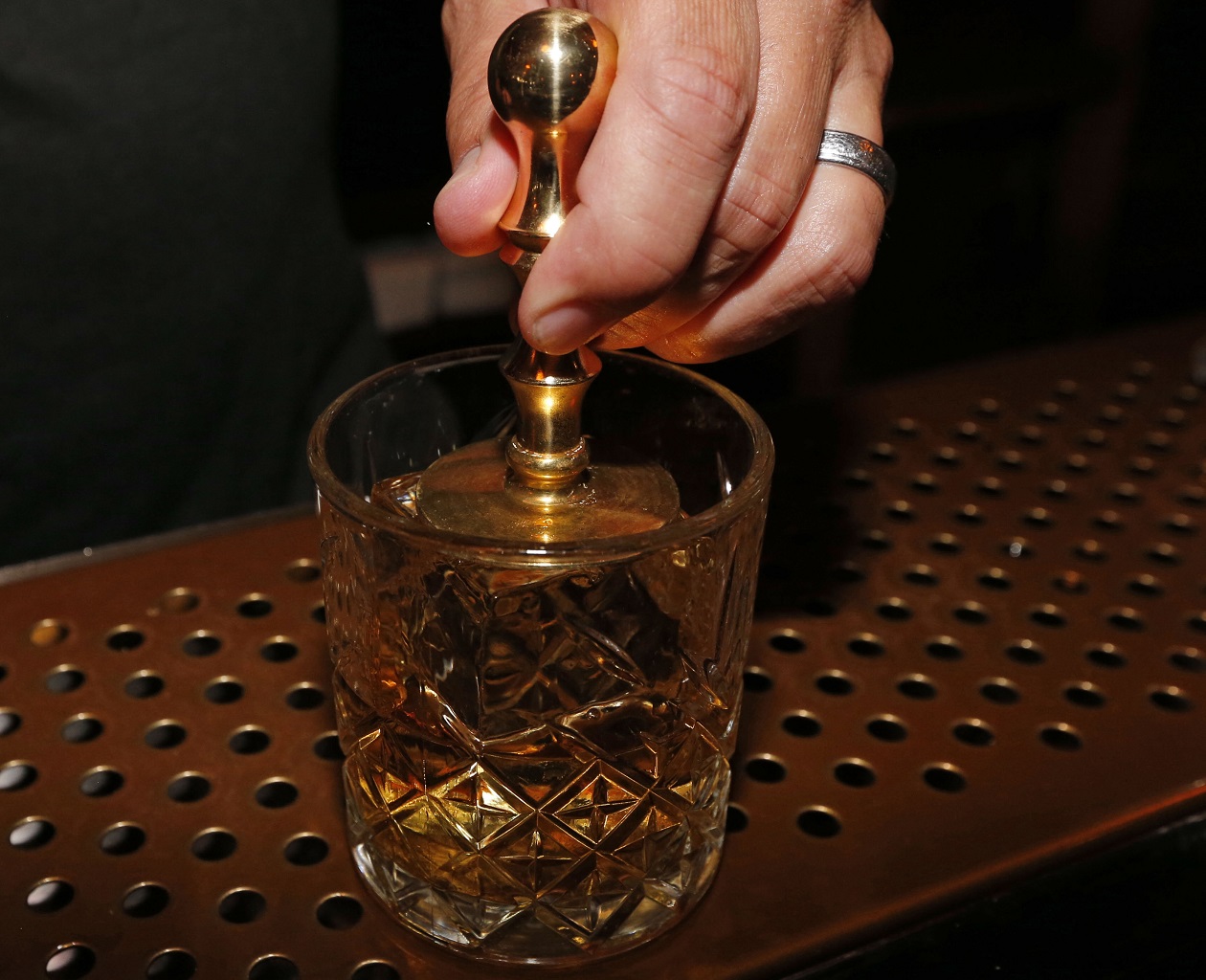 “We also have brass logo stamps that we use to stamp the Lucky Day logo into the cube at the time of service, which gets a big hurrah, people love that – it looks sharp, it's kind of cool.”

Premium cocktail ice – perfectly clear, harder and colder, custom-cut to fit the glass– has been established in larger American markets for several years. Stevens mentioned companies in Boston and California that provide premium ice to cocktail operations there.

This year, Stevens decided to start a custom cube company in the Lucky Day basement, called Better Days Ice. Stevens, who also owns Ballyhoo, has been talking to local cocktail operations to see if there’s a way to branch out in the Buffalo market.

[Related: At Ballyhoo, links and drinks in a classic setting]

“We built a large freezer that's solely devoted to ice,” he said, “so there's no cross contamination with the olfactory of maybe fish or something weird being in your freezer.”

Making ice the regular way – as fast as possible – traps air bubbles in the cubes. Bubbles makes the cubes opaque, and since they increase the surface area exposed to the drink, cloudy ice melts faster.

“It adds water at a higher rate of speed than intended, especially for a spirit that you maybe threw a few bucks at, and you want to really enjoy and take your time with,” Stevens said. 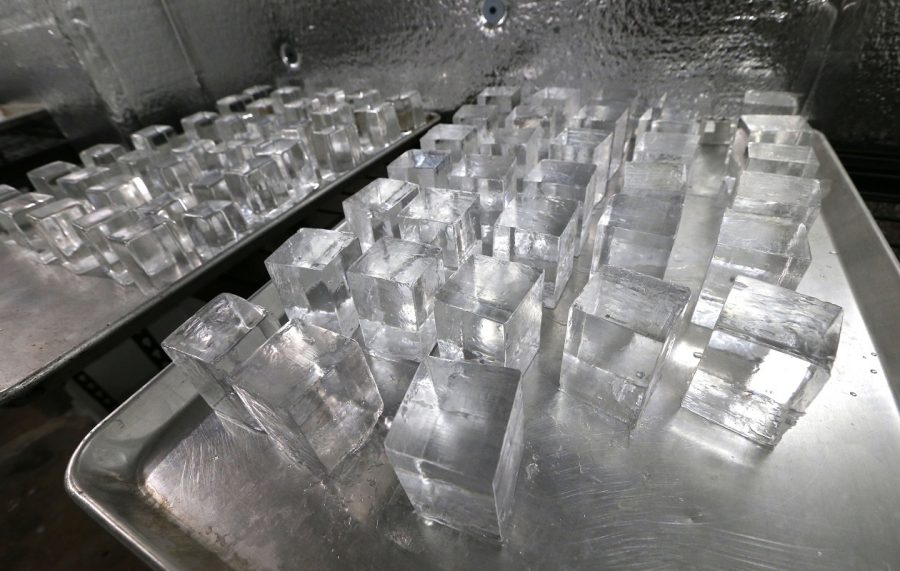 A specialized freezer is used in the making of Lucky Day's ice. (Robert Kirkham/Buffalo News)

Crystal clear cubes give the drinker a wider window of time to enjoy their precious Pappy Van Winkle before it turns into whiskey-flavored water.

To make clear ice, Stevens uses specialized freezers that can turn out a 25-pound slab, the size of a big loaf of bread, every 24 hours. The icemaker freezes water from the bottom up, slowly, while the water is circulating in the freezer bay.

The process pushes bubbles and any remaining particulates to the top. That area is trimmed off when the cubes are cut with a bandsaw, Stevens said. When he starts taking orders from customers, he’s going to custom-fit the cube size to their glassware. 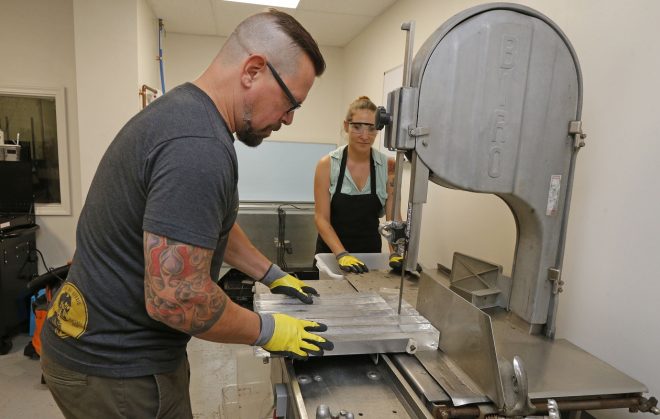 Tim Stevens and his wife, Morgan, use a bandsaw to cut ice cubes. (Robert Kirkham/Buffalo News)

When it’s time to serve one, the bartender takes the brass logo die, which has been waiting in a cup of warm water, and presses it to the cube. “They'll grab that die, hang on to it tight, and then just let it sink with its own weight and a little bit of your arm's weight,” Stevens said. “That puts the perfect logo and in about six seconds, shake it loose and you're off and running. So it's really quick, it's got a bit of theatrics, but it doesn’t waste time. I'm not a big showboat guy – if there's no function to the fashion, why are we doing it?”

But customers notice, he said. “Then when they see the result, the ‘wow factor’ starts hitting.”

Think of all the care that chefs take to carefully arrange their dishes, he suggested. “You know, as a writer of cuisine, people eat with their eyes first,” Stevens said.

“When they're given this drink, and it's got a stamp logo on and the ice is perfectly clear, that's the first thing to really capture their interest,” he said. “It’s super cool.”