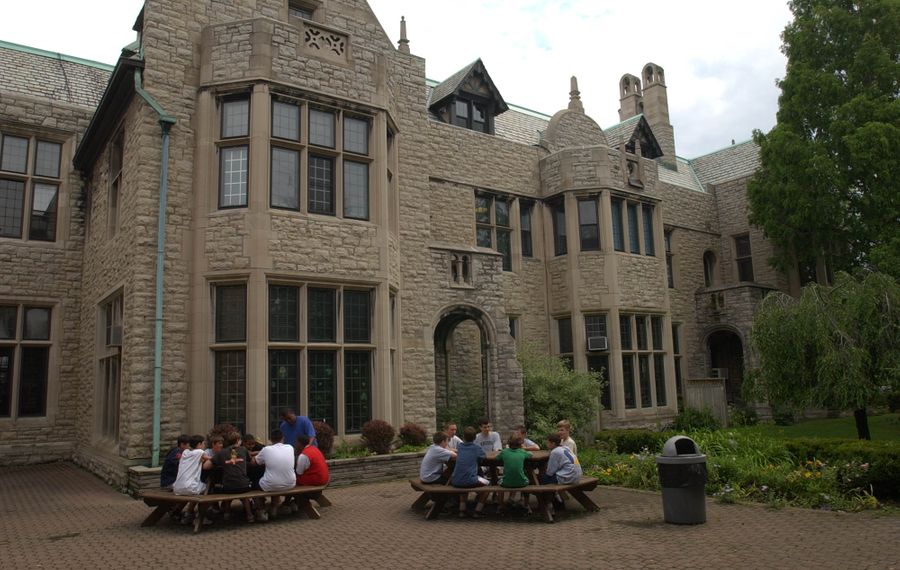 The region’s private schools, which pride themselves on providing a first-class education for generations of students, are pushing back against a proposal from the state to give public school districts greater oversight over what those private institutions teach.

Education policymakers in Albany are proposing that local districts conduct a more thorough review of the curricula at independent schools to ensure that their academic instruction is “substantially equivalent” to that at public schools.

Local school boards would have the power to make that determination.

The State Education Department will present the proposed regulations to its governing body, the Board of Regents, this fall for consideration.

Private schools, meanwhile, are up in arms. They see this as a direct threat to their independence.

“This is just not a place the State Education Department needs to be nosing around,” said Jeremy Besch, head of school at Park School, the century-old private school on Harlem Road in Amherst. “The majority of independent schools have a long, long history of doing a good job with this work.”

The issue has been under the radar with classes out for the summer, but the independents have tried to rally parents and alumni in opposition during a public comment period that runs through Sept. 2.

“This would hurt our ability to develop and implement our curriculum,” said Christopher Burner, head of school at Nichols School on Amherst Street, which dates back to 1892.

The state seems to be zeroing in on private schools with grades K to 8 – at least for now, said Eric Yarwood, executive director of the Education Collaborative of Western New York, a coalition of 14 area private schools.

“If it’s going to affect K through 8 schools, the feeling is it would eventually affect high schools, as well, which is why they’re taking note of it,” Yarwood said.

Private schools aren’t the only ones anxious.

Public school districts, which would be saddled with more responsibility under the proposed regulations, are raising questions, too.

“We have heard concerns from some superintendents about the demands the proposed regulations would create for their districts,” said Robert Lowry, deputy director for the New York State Council of School Superintendents.

[RELATED: Regents exams being put to the test as state undertakes a balancing act]

The state has had a long-standing policy that private schools provide education that is substantially equivalent to that of the public schools.

But, Lowry explained, the state traditionally has been relaxed on the issue.

For instance, he said, the state might recommend a new independent school reach out to its local district to describe its goals. Or, if concerns arise about equivalent instruction at a private school, it would be appropriate for the local school superintendent to inquire informally with officials at that school.

The proposed changes, however, come after critics have long complained that some ultra-Orthodox Jewish schools downstate are not teaching enough secular subjects.

As a result, the state is proposing that new independent schools be reviewed within three years of operation. Existing private schools would be reviewed by the end of the 2022-23 school year, with regular inspections thereafter.

“With the regulations, we will ensure that all students – no matter which school they attend – have the benefit of receiving the education state law says they must have,” MaryEllen Elia, the out-going state education commissioner, said in May.

The New York State Association of Independent Schools has argued that its members don't need that kind of scrutiny and filed a lawsuit earlier this year forcing the state to provide a public comment period on the proposed changes.

Those changes would not only give local school boards too much power to determine whether the independents are in compliance with state education laws, but would undermine the authority of a private school's own board of trustees, said Mark Lauria, the association’s executive director.

Parochial schools would be impacted by the regulations, as well, which is why the New York State Council of Catholic School Superintendents also filed a lawsuit.

While some of the details are still vague, a review would include a closer look at teacher competency, as well as what subjects are being taught and how many units of each subject students are required to complete.

“As best we can tell, it would involve the local superintendent, or designee, visiting the school, taking a look at operations, the curriculum and determining whether those practices are substantially equivalent to New York State education,” said Park's Besch.

As long as everything seems in order, he said, there’s no problem.

But the local superintendent and school board also could determine that the education at the private school is not substantially equivalent, which would require the school to make fixes.

And if they didn’t?

“If they didn’t, one of the original documents gave the public district the power to shut the school down,” Besch said. “That was early on, and I know they have changed things since then, but that for me is when this became a real thing.”

“We just don’t need the public district interfering in what they probably wouldn’t fully understand,” he said. “We’re far different in both tradition and process than a public school.”

Burner, of Nichols, said his school is proud to be a small, independent school free of state mandates. Teachers at Nichols are empowered to shape a dynamic curriculum that’s rewarding for students, he said.

“As a result,” Burner said, “our students and graduates are able to think critically and creatively, continually seeking knowledge and innovation in whatever they do next.”

Officials at Canisius High School declined to comment on the controversy, but in a letter to the school community, Rev. David Ciancimino, president of the high school on Delaware Avenue, said Canisius already undergoes a lengthy accreditation process through the association of independent schools.

There are questions about just how far the state will push the changes, with Elia leaving as commissioner at the end of August.

Catherine Collins, the local representative on the state Board of Regents, said three members of the board will be meeting with leaders from independent schools to discuss concerns, but she declined to get into more detail.

“I’ve gotten a lot of inquiries,” Collins said. “We haven’t fully discussed it and, at some point, I think we’ll have some feedback from those three Regents to get their insights.”

How much do teachers make in your district?