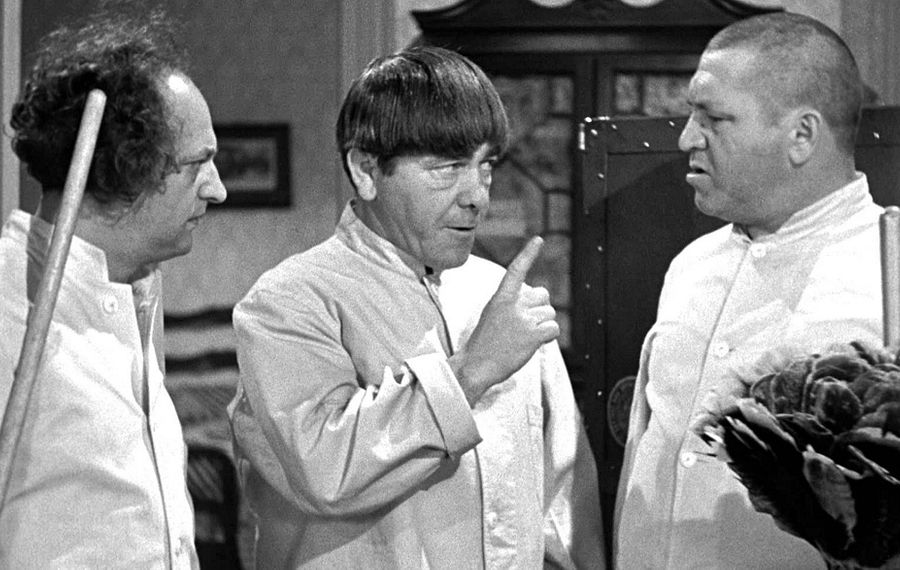 Every edition of the Three Stooges Film Festival at the Riviera Theatre includes a trivia contest, so, with the 28th anniversary edition of the comic event this weekend, it's time to practice. Some questions are pretty easy: How many Stooges were there? (Six, but purists only count four – Moe, Larry, Curly and Shemp.) Who was Moe's famous cousin-in-law? (Harry Houdini.) When did the Stooges make their last film? (1970, with Curly Joe.)

And then there's that one question that defies explanation: Why was Jerome Howard, who shaved his head, called "Curly," while Larry Fine, who had a fringe of bushy hair, was called "Larry?"

Learn more about the Stooges from festival host Lenny Potwora and enjoy seven of their funniest short films starting at 7:30 p.m. Aug. 24. Considering that the Stooges all got their start on the vaudeville stage, there couldn't be a better venue for the celebration than the reborn Riviera Theatre (67 Webster St., North Tonawanda), which also hosted vaudeville shows during its first heyday. It also very likely screened the original Three Stooges shorts when they first came out in the 1930s.

A prelude concert featuring the mighty Wurlitzer organ begins at 7 p.m., and it's very possible you'll hear "Three Blind Mice" among the selections.

Tickets are $12 for adults, $7 for children, available at rivieratheatre.org or at the door.

Flights of art and of beer

Flying Bison Brewery (840 Seneca St.) in Larkinville already is known for its specialty brews and its support of the local music scene. Patrons who have enjoyed the company's products on-site also may have checked out exhibits in the brewery's in-house art space, the Flight Gallery.

Now, just as the brewery has expanded to making kombucha, it is expanding its artistic outreach with its first Beer Garden Art Party from 1 to 5 p.m. Aug. 24 at the brewery. Flight Gallery curator Parrish Gibbons Herzog said the free event is family-friendly, and will feature interactive works, plein air painting and an interactive photo booth. In recognition of the host, there also will be painting with beer.

Along with the usual art, there will be music plus an aerial performance by UP Aerial Fitness Buffalo. The Breezy Burrito Bar will be serving food, and the taproom is offering discounted tastes of its beers. The Flight Gallery will be open, with its current exhibit, "Untitled Mess of Humanity," by artist Christopher Kameck. Kameck also will be installing a small-scale mural across the street from the brewery during the party.

Buffalo Arts Studio is hosting the second annual Panthfrica Celebration from 5:30 to 8 p.m. Aug. 23 at 2495 Main St., Suite 500 (in the Tri-Main Center). The Panthfrica collective joins with community arts groups for events designed to show the Afro-futurist view along with traditions rooted in African culture. The event coincides with exhibits by Stacey Robinson and Black Kirby (a collaboration between Robinson and John Jennings). As a bonus, the Community Space Gallery will display art by Buffalo students who took part in a workshop with Robinson this month. For more information, visit  buffaloartsstudio.org. 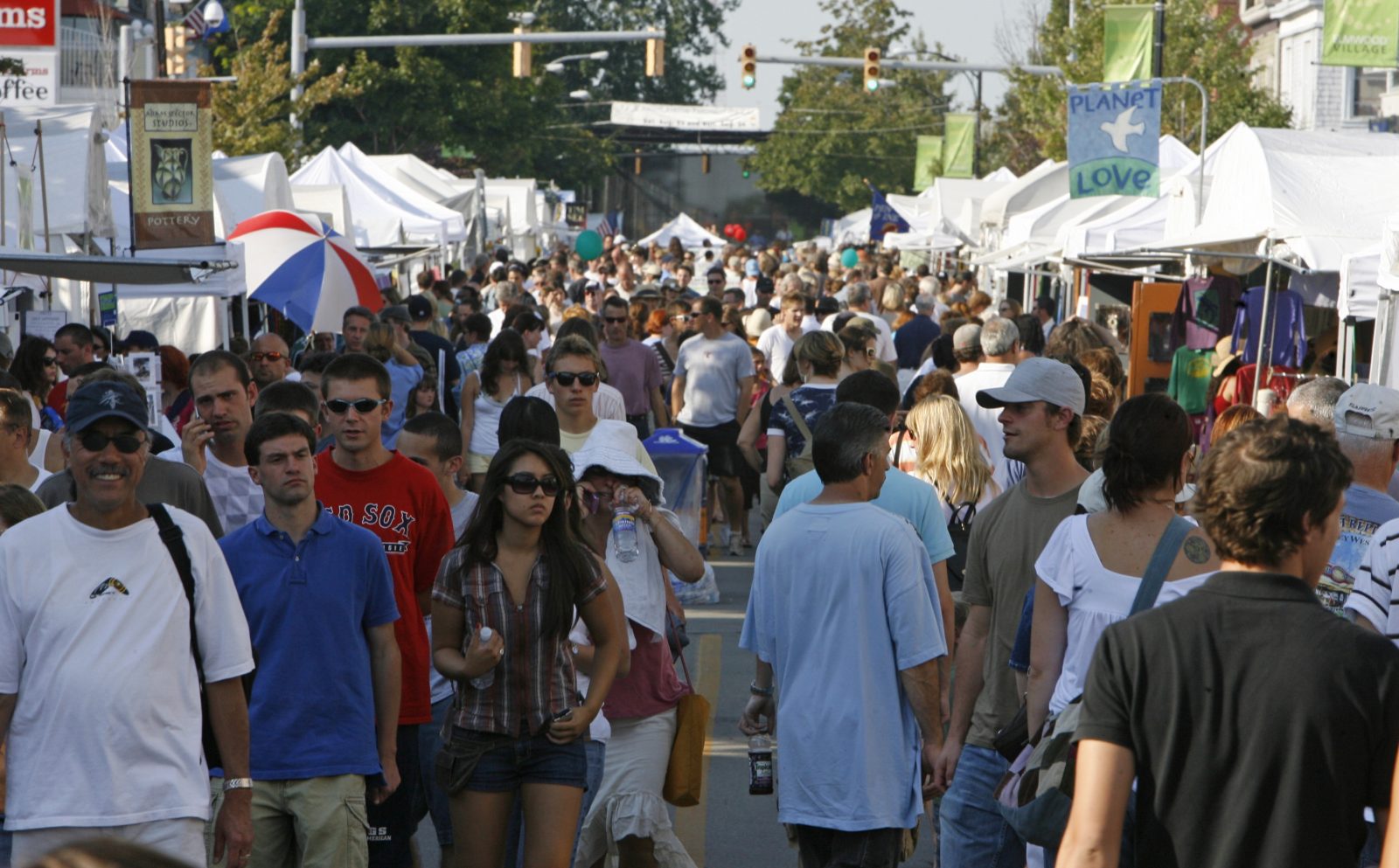 The Elmwood Avenue Festival of the Arts is one of Buffalo's major summer gatherings. (Derek Gee/News file photo)

There are festivals where people show and sell a lot of art, and then there are festivals that showcase as many arts as possible. The Elmwood Avenue Festival of the Arts (plural) falls into the second group, which you can see for yourself from 10 a.m. to 6 p.m. Aug. 24 and from 10 a.m. to 5 p.m. Aug. 25. Artists and crafters will be setting up along Elmwood between St. James Place and West Ferry Street. Musicians, singers and dance companies will perform on stages at St. James Place and Auburn Avenue (including an after-hours concert on the St. James stage from 6:15 to 8:30 p.m. Aug. 24).

The dance tent at the Unitarian Universalist Church will give festivalgoers a place to dance themselves to a world of different music, from lively tango and zydeco to soothing sounds for yoga. More than three dozen local nonprofits will be set up for information on and near Breckenridge Street. Environmental Row will be at Lafayette. Kidfest activities will be based in the Lexington Coop parking lot near Lancaster.

The 2019 Silo City Reading Series concludes this weekend with works by Nicole Sealey, Little cake, Gareth Lichty and Paige Melin. The free event starts at 7 p.m. Aug. 24 at 105 Silo City Row (toward the back of the site). Sealey is an award-winning poet who is now a fellow at Princeton University. Little cake (Ana Vafai) is a Buffalo-based performance artist and musician. Lichty is an artist from Acton, Ont., who now lives and works in Buffalo, and Melin is a published poet and artist from Buffalo and recent recipient of a 2019-2020 Fulbright English Teaching Assistant Award to Senegal.