Since 1958, the Niagara County Peach Festival has almost always been held in Academy Park on Center Street, the main street in the Village of Lewiston.

But Mayor Anne C. Welch said Monday she believes the event, sponsored by the Lewiston Kiwanis Club, has outgrown the 4-acre park, which she has plans to make over.

Welch said the festival should move to 20-acre Richard Soluri Park, which is now the official name for what used to be called the Artpark spoils plateau on the hill overlooking the village.

But Kiwanis Club President Marty Pauly said if the festival is ousted from Academy Park, the club might not move the event to Soluri Park. In fact, it might not even keep the festival in the village.

He said over the years, six different locations have been discussed, three in the village and three outside its borders.

"If we can't use the park in 2020 or ever again, then we have to look at all those options," Pauly said.

The Kiwanis tried the spoils site in 1999 and 2000 and found the parking was too far from the event, so the festival was returned to Academy Park. Rain turned the 1999 event into a muddy mess that required the spreading of tons of sawdust on the grounds.

In addition, the festival might conflict with a wildlife refuge on the plateau, Pauly said.

A major problem with holding the festival in Academy Park is the restoration of the grounds after each year's event. Welch said the tractor-trailers that haul the rides leave huge ruts that must be repaired.

Last year, Pauly admitted, the mess was worse than usual because rain started on the final night of the festival and continued for several days.

"The (Niagara River) Greenway has their bike trail that goes right through the park," Welch said. "We'd like to redevelop the park."

Her ideas include a permanent ice rink that would become a splash pad in the summer. At present, a portable rink is installed in Academy Park each winter.

Welch also said the old bleachers are to be removed, because they have become unsafe. Welch also wants to move the band stage out of the park, to the corner of Cayuga Street and Portage Road, "where there would be more room." 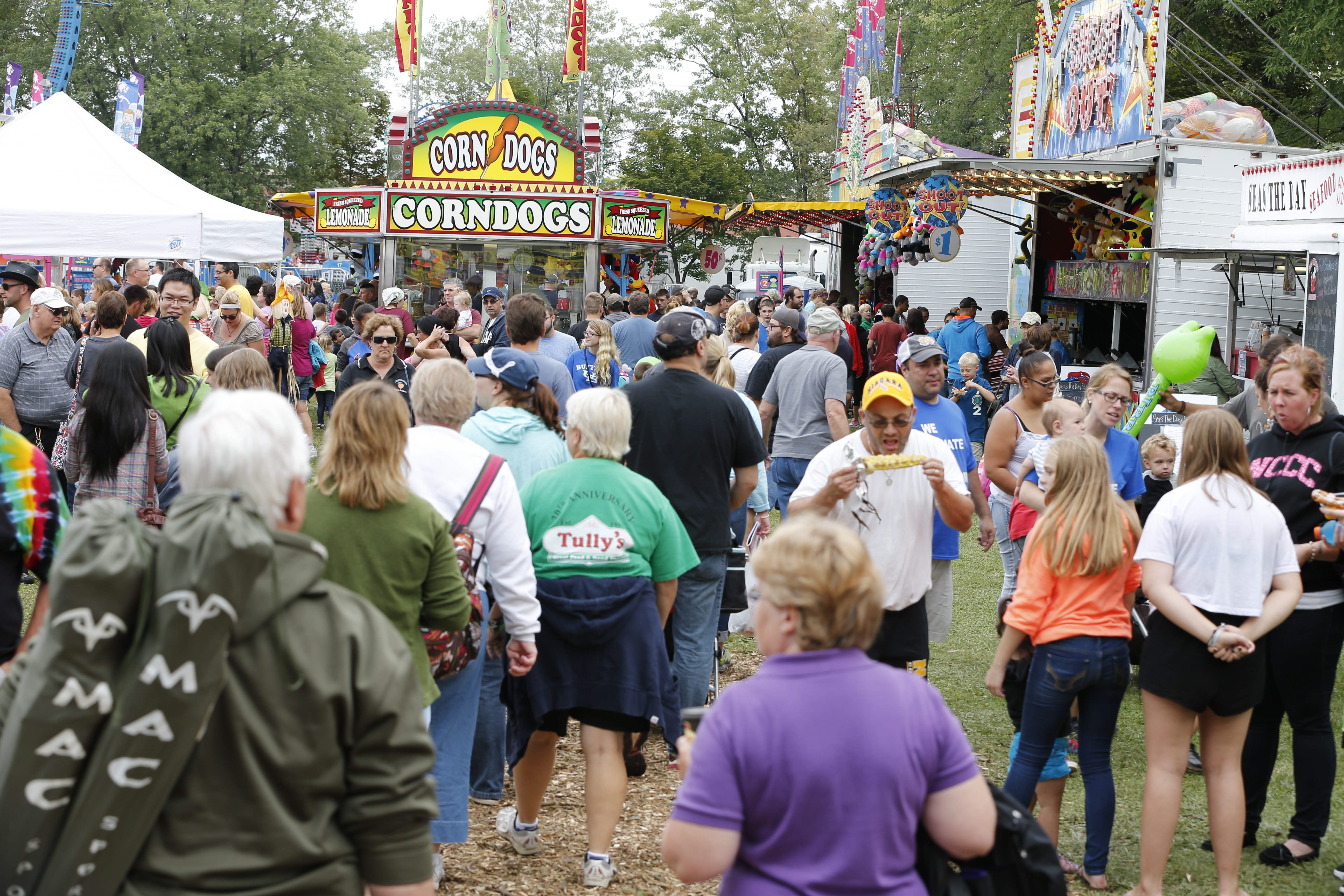 Monday, the Village Board tabled the Kiwanis' request to use Academy Park in 2020 and asked for a meeting with Amusements of America, the festival's ride contractor, on Sept. 4 to discuss the situation.

Pauly said the ride company would have to agree to any new site for the festival.

"The reason the Peach Festival is so successful is that we have rides," Pauly said. "We want to give them a big say. What happens if we choose a site and they say, 'This stinks'? Then we're in bigger trouble."

Pauly said as far as he knows, the Soluri Park site lacks enough water or electrical connections to become "Peach Festival-ready." Temporary facilities might have to be hauled in.

"If we can't get them donated, it's going to cost a lot of money," he said.

The Kiwanis Club spends about $200,000 a year to put on the festival, but it's profitable.

"If the weather cooperates, we average about $65,000 (profit) in a good year," Pauly said. That money is spent on Kiwanis-sponsored children's events and activities.

At a news conference Friday, festival chairwoman Jillian Colucci predicted that 38,000 people will attend this year's festival and said seven tons of peaches from Bittner-Singer Farms will be served on the traditional shortcake from DiCamillo's Bakery.

Pauly said the impact on the event from a permanent move is unknowable, and so is the impact on Lewiston businesses and the Kiwanis volunteers who make the whole thing happen.

"We know what our workload is at Academy Park. We don't know what it would be up the hill," Pauly said. "Down Center Street, there's a lot of restaurants that are very crowded on Peach Festival weekend. Would people come down the hill to go to them?"

The festival has expanded to four days in recent years, opening on a Thursday night and continuing through Sunday evening. This year's dates are Sept. 5-8.

Pauly said the Thursday night session came at the behest of the ride operators, who were in Lewiston for a week and wanted to start earning money sooner.