ALBANY –Democrats newly in control of New York State government this year pushed for and then passed a host of gun control measures.

And they have made it clear they aren't finished.

“I just think we need to have fewer of these guns that nobody uses for hunting and get them out of our houses and out of our lives," said Sen. Liz Krueger, a Manhattan Democrat.

As pressure grows on Washington to enact new gun control measures in response to continued deadly mass shootings in the nation, New York lawmakers already are discussing what new firearms restrictions could be pushed at the Capitol when they return for the next legislative session in January.

An election year for all state lawmakers – and with Democrats seeking to expand their power hold in the State Senate – 2020 could see legislation discussed on everything from bans on certain big caliber weapons to microstamping identification on ammunition to ending gun shows held in publicly owned places.

After a half-dozen gun control and safety issues this year were pushed through the first session of the new, all-Democratic Legislature, 2020 is already worrying Second Amendment advocates.

“The sky’s the limit. They can go as far as they want," Tom King, president of the New York State Rifle and Pistol Association and a National Rifle Association board member, said of state lawmakers.

In mid-August, it’s far too early to tell what gun control priorities state lawmakers will have for 2020. And a number of leading gun control advocates believe New York already has approved some of the nation’s toughest firearms laws, and that it is now up to the federal government to take up measures, among others, to help prevent illegal guns from making their way from other states into New York. 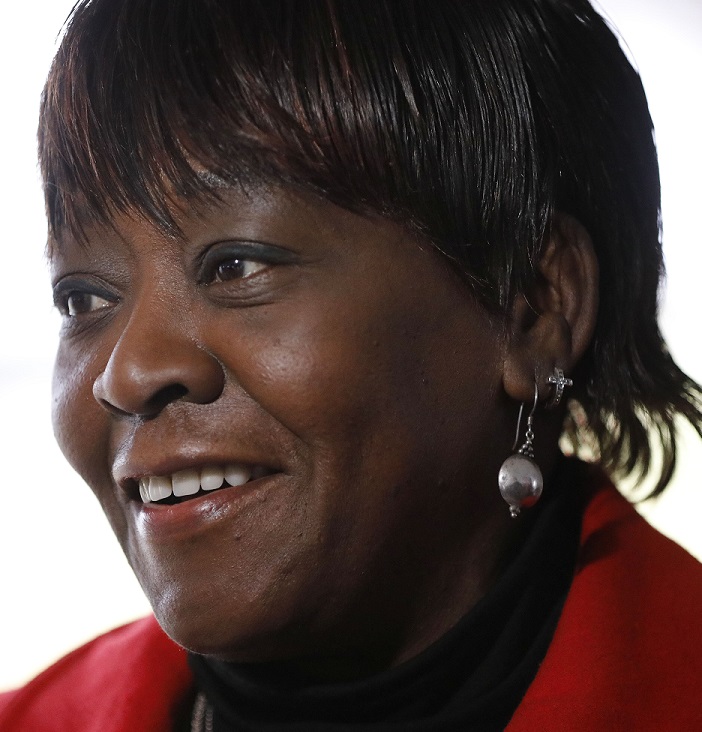 Assembly Majority Leader Crystal Peoples-Stokes, a Buffalo Democrat, said she can “almost guarantee” there will be additional gun control measures introduced in Albany next year.

“Our conference is always going to be anxious for new gun control measures because that’s just the thought pattern we generally have," she said.

Peoples-Stokes said Washington now needs to act, such as adopting a nationwide “red flag” law such as the one New York lawmakers passed in January – taking effect Aug. 24 – that permits courts to ban gun possession or sales to people deemed a threat to themselves or others. Eighteen states have red flag laws, also called extreme risk protection statutes.

“And how do we stop guns from Ohio, Pennsylvania and Michigan from getting into Buffalo? When you look at street violence, it’s the illegal guns coming from out of the state," she said.

More than 150 bills pending before the Legislature will be live again for consideration next year. Some have lingered for years and have no chance, while others could become law in 2020. Some of the bills include:

Gianaris said he will push again next year for his bill, which the Senate passed this year, requiring the state to publicly report every three months a slew of details about firearms, rifles and shotguns that are used in crimes in New York State, including the origin of the weapon and how the gun was purchased by the individual who used it in a crime.

King, who is also a board member of the National Rifle Association, worries New York lawmakers will try to push ahead with mandates on smart technology weapons, which would require a fingerprint or some other biometric feature in order to fire a weapon. And he says that anti-gun sentiment is deep enough in some quarters of the Legislature that gun confiscation attempts are always a top worry.

“A lot of stuff they’ve done is pretty draconian," King said of bills lawmakers passed and Gov. Andrew M. Cuomo signed this year. “What we are concerned about is the fact that there are so many other things that they can do … and New York and California are trying to out-do each other," he said of gun laws in the two dark blue states.

“I think 2020 is going to be worse than this year. I just think they feel empowered," King said of the Democratic-controlled Legislature in Albany.

The San Francisco-based Giffords Law Center to Prevent Gun Violence, which monitors and promotes a variety of gun issues across the country, in 2018 ranked New York as No. 6 for the strength of its gun laws. California ranked first. The ranking did not include the seven gun-related measures that passed in New York this year, including the red flag law and raising from three to 30 the number of days a person must wait to obtain a gun if there is not an immediate response when a gun seller runs a buyer’s name through a federal background check system.

The group also said New York State in 2018 ranked third – behind Hawaii and Massachusetts – among states in the lowest rates of deaths involving a gun. The state’s gun death rate was 3.7 per 100,000 people last year. Most gun deaths are suicides.

“In a general sense, New York has among the toughest gun laws in the nation already, and I don’t believe that we need any new laws," said Sen. Patrick Gallivan, an Elma Republican who is a former state trooper and served two terms as Erie County sheriff. 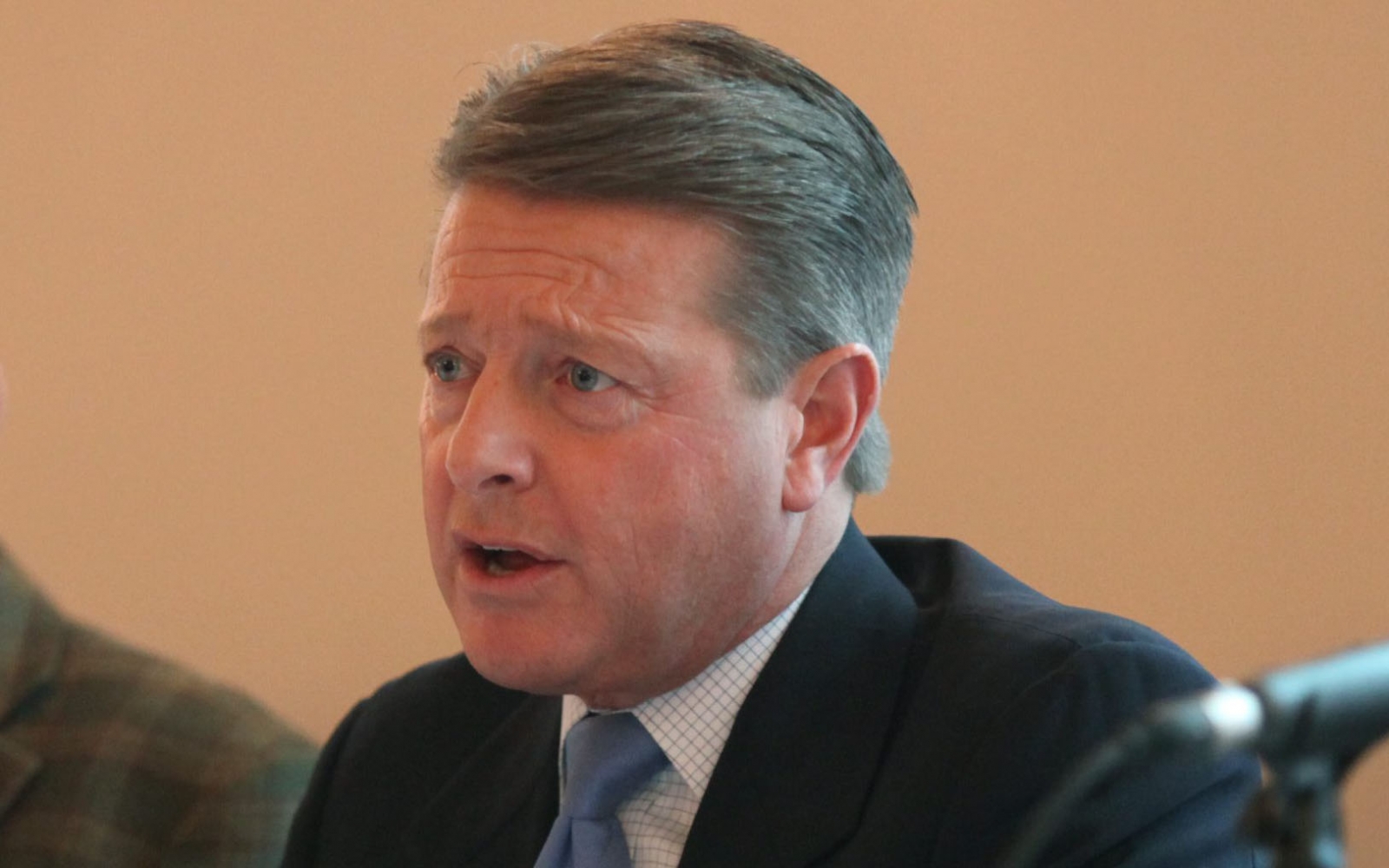 Gallivan said he is more interested in improving ways to identify people who are public safety threats and to bolster funding for security and mental health services in schools.

“There will always be some in the Legislature who want to get rid of guns and they’ll continue to push that agenda,’’ Gallivan said. He believes individuals who legally own guns “have been the ones negatively affected by the change in gun laws” over the years in New York.

The package of bills passed this year were the first major gun control efforts in New York since the 2013 passage of the SAFE Act, which had a number of provisions, including limits on assault-style weapons and a database of individuals deemed by mental health professionals to be a threat and therefore banned from purchasing a weapon. The Albany Times Union recently reported that a key provision of that law has still not been implemented: a database for the state to track real-time purchases of ammunition.

Rebecca Fischer, executive director of New Yorkers Against Gun Violence, said her group is still weighing its legislative priorities for next year. But the organization is among those gearing up to spread the word about a key date: Aug. 24, which is when New York’s red flag law kicks in.

“Implementation and education around extreme risk protection orders across New York is our top priority and will remain so over the next year," she said of the law that creates a new legal route for school officials, law enforcement, and family or household members to report individuals they suspect are a danger to themselves or others. Such people will be temporarily banned from possessing or buying guns.

Fischer said her group wants to see more funding for a new gun violence research institute at the State University of New York – which got an initial $250,000 in the 2019 budget – and money to expand statewide a New York City, school-based program intended to reduce gun violence.

Assemblywoman Jo Anne Simon, a Brooklyn Democrat, hopes pending bills she has will move in 2020. They include requiring all gun sales to go through licensed dealers, and expanding to long guns limits on ammunition purchases to only the actual owner of such a weapon.

The lawmaker believes a regular and higher funding stream – such as tax return check-offs or additional fees on gun sales – should be established to fund the gun violence institute, a mechanism some states have created in the absence of federal gun violence research efforts.

“There are things that can still be done," Simon said.

Major bills have been done

Sen. Brian Kavanagh, a Democrat who represents parts of lower Manhattan and Brooklyn, is the founder and chairman of a group of state legislators across the country involved in gun violence prevention efforts. He helps advise other states on gun control matters and was the Senate sponsor of this year’s red flag law.

Kavanagh said the Senate’s specific bill priorities for 2020 are still to be determined, but he believes much of the major work on gun-related matters was addressed this year or by the 2013 SAFE Act.

“I think our principle work now in New York is to make sure those laws are implemented effectively and we make sure gun owners are aware of their responsibilities and gun sellers are aware of their responsibilities and the general public is aware that we’ve given them some real tools to address situations where someone is likely to be a harm to themselves or others," he said.

He said efforts will include seeking more and steady streams of funding for programs, such as community-based gun violence reduction efforts and the gun violence research institute that will help guide policymakers on future needed gun-related steps.

Krueger, the Manhattan senator, pointed to bills that could be considered, like the large caliber rifle ban. “I’m not trying to outlaw hunting, but huge numbers of guns out there are not for hunting purposes and I don’t believe we should have them in our homes,’’ she said.

Democrats in Albany talk of a national focus for 2020.

"I think there’s also a recognition, particularly in a president election year, that a big push should and will be made on finding out where our presidential candidates stand on federal action," Krueger said.

For his part, Cuomo recently publicly prodded Democrats’ running for president to embrace a four-point plan for federal gun control – such as an assault-style weapon ban – that he says “will change this nation."

Cuomo proposes domestic terrorist law to combat 'the enemy within'