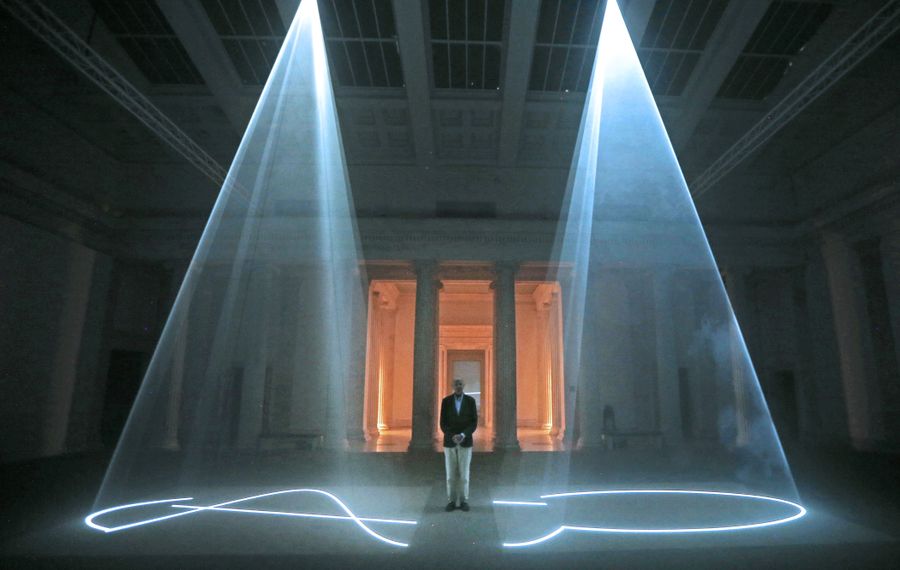 Fans of the Albright-Knox Art Gallery may want to make time over the next two months to say goodbye to paintings they've come to regard as old friends.

Artworks including Jackson Pollock's drip painting "Convergence," Giacomo Balla's motion-depicting "Dynamism of a Dog on a Leash" and Jehan Georges Vibert's satirical "The Marvelous Sauce" will be out of view after the museum closes its doors Nov. 4 for more than two years of renovations.

Albright-Knox enthusiasts may also want to attend Anthony McCall's "Dark Rooms, Solid Light" exhibition, which opened Friday and occupies the entire gallery space in the 1905 building. The show, which features cones of foggy light projecting white images on black backgrounds, is the last before the museum goes dark.

It's already too late to see such museum favorites as the "Mirror Room," Marisol's "Baby Girl" and all but one of Clyfford Still's 33 paintings in the Albright-Knox's collection. An added sign of what's to come: Clifton Hall is already under renovation.

The changes are prompting mixed reactions from regular gallery goers, who will miss the museum while it is closed but are excited about the planned changes.

"I'm devastated because I love to come here and, especially, sit in front of the Jackson Pollock," said Suzanne Diffine, of Williamsville, on a visit.

Fans, she said, will be longing for the artwork during the two years the gallery will be closed.

"But, if this offers us more access to the arts afterwards," she added, "it will be worth it."

It's a reaction Andrew Mayer, the museum's communications coordinator, has heard before.

"We get a lot of strong reactions to certain works, and I think it would be hard not see some of these works for two years," Mayer said.

The gallery's AK360 renovation project will add a three-story building at the northern end of the current parking lot with the aim of more than doubling exhibition space. It will also offer more flexibility to mount shows.

The building by Shohei Shigematsu, a partner with OMA North America, will be the third new building in the museum's 157-year history.

"The ultimate goal is that a lot of those masterworks will be permanently on view and no longer in storage, which is a huge win not only for Buffalo but for art lovers everywhere," Mayer said.

Plans call for connecting the new building with the gallery's original 1905 building with a "scenic bridge." There will be underground parking beneath a green plaza. A new education department with five classrooms will transform the 1962 Gordon Bunshaft addition. An indoor community space covered by a canopy of glass and mirrors is also planned, providing entry and exit to Delaware Park.

To date, the Albright-Knox has raised $135 million toward its projected budget of $160 million. Nearly all of the money needed for a $20 million operating endowment has been raised.

Albright-Knox expansion project will reconstitute part of the original west staircase of the gallery and cover the current parking lot in an open lawn. Parking will be buried underneath. (Rendering provided by Albright-Knox) 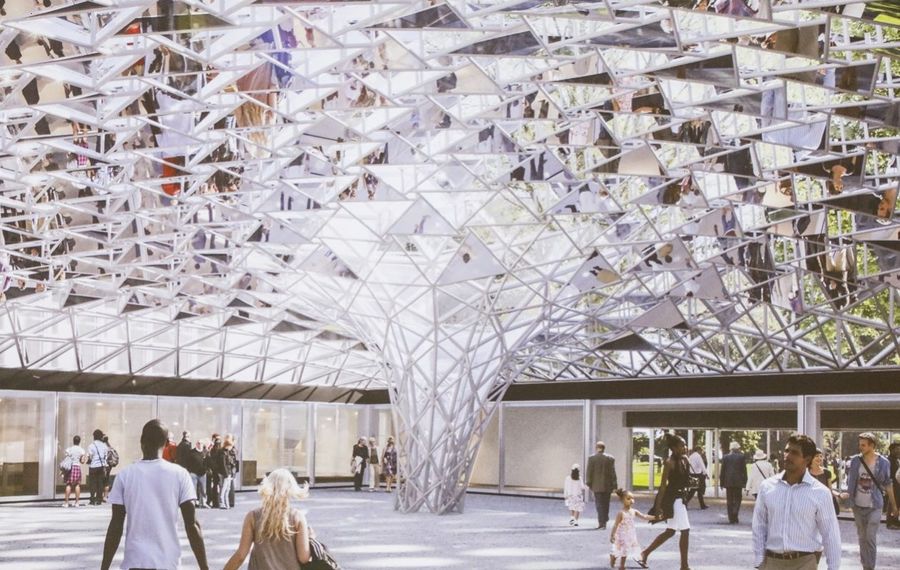 The fact that the museum won't reopen until probably 2022 is already drawing visitors who want to get another look before it closes. On Friday, Lawrence Davis, who chairs the architecture department at Syracuse University, was in a corridor looking at Arthur Dove's "Fields of Grain as Seen from Train" and Max Weber's "Figure Study."

"All of these are very good examples of early 20th century modernist art," Davis said. "The building's great too – this is one of Bunshaft's best buildings."

While the museum is closed, the Albright-Knox is planning to send a roaming art truck to the public. A satellite location, Albright-Knox Northland, will open at 612 Northland Ave. It will be used for exhibitions, performances and special events. The museum's collection, however, won't be displayed because the building does not have museum-level temperature controls.

Some regular museum goers say they're taking it all in stride.

"What they have planned is amazing," said 75-year-old John Roess. A Sanborn resident, he and his wife, Renee, visit the museum a couple of times a year.

"It might be worth the wait – if we're still around," Roess added with a laugh.