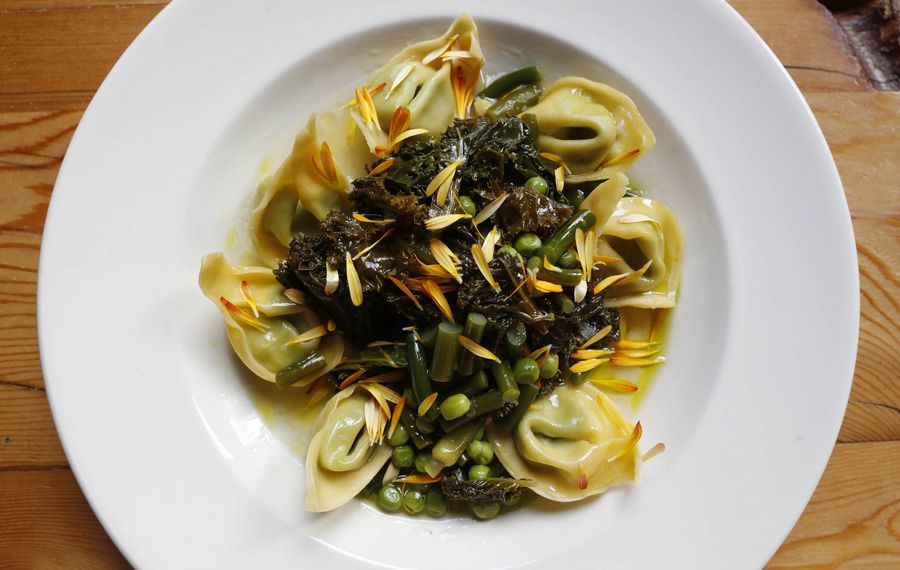 It’s not hard to pin down how the Black Sheep got a reputation as a gastronomic chapel dedicated to the worship of meaty delights.

Blame meals designed with a roasted pig’s head as the guest of honor, or those Midnight Mass dinner parties thrown into the wee hours, where guest chefs scratched a culinary itch they couldn’t reach in their home kitchens, like tonkotsu ramen or snout-to-tail samplers.

Those are history, but the basket bearing three flavors of housemade bread still comes with seasoned whipped lard. It has been easy to lose sight, amid the ever-shifting farm-to-table-dominated menu, that there was a subtler game afoot.

Showing the verve that made them James Beard semifinalists, Steven and Ellen Gedra are exploring the seam where food they dig overlaps with food they can sell. Five years into their tenure on Connecticut Street, their most remarkable work might not be in meat, but properly exploiting their farmer co-conspirators by showcasing the fruits – and vegetables – of their labors. 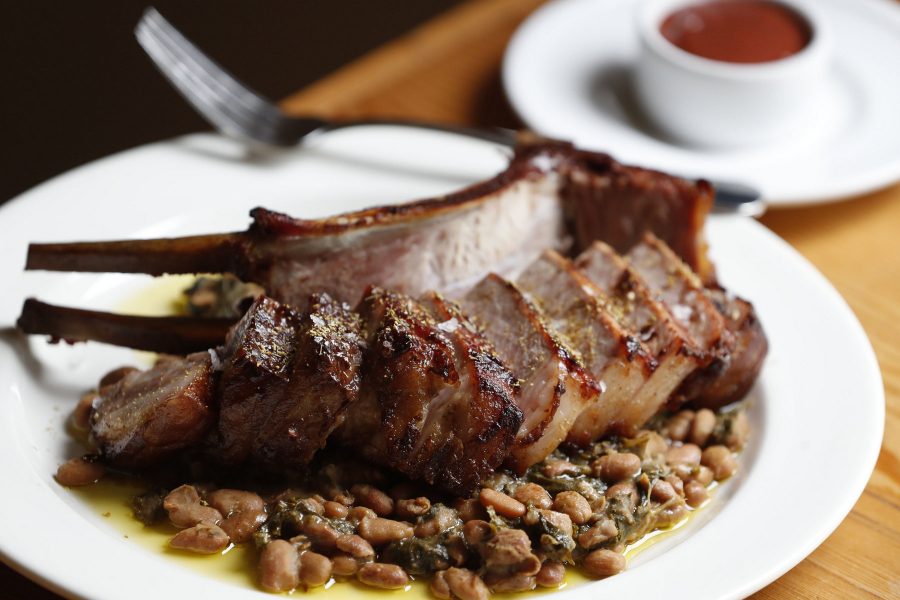 My recent dinner at the overhauled former Golden Key Tavern did have its meaty features. Dill-pickle-brined fried chicken ($25), with peppery chicken gravy and a salad of Plato Dale Farm greens, was robustly crunchy and flavorful to the bone. St. Louis smoked spare ribs glazed with apple barbecue sauce ($18) were tender enough but seemed ordinary compared to its tablemates.

Like the splendid Always Something Farm double pork chop ($42), suitable for a baronial feast. Smoked, seared and sliced, it perched on a suitably rustic throne of pinto beans and greens, including subtly bitter spigarello greens, chard and kale. Rousing strawberry hot sauce put it over the top. I was mightily pleased, but not surprised.

I never saw the kohlrabi ($10) coming, though. Shaved slices of the vegetable, tasting like broccoli crossed with crisp apple, were tinged with smoked paprika vinaigrette. They were used to scoop up a puree of charred fresh fava beans and crème fraiche, a refreshingly lactic dairy schmear with nutty undertones. Intoxicatingly aromatic dill flowers and fronds, from the herb garden maintained behind the restaurant, added another green note. 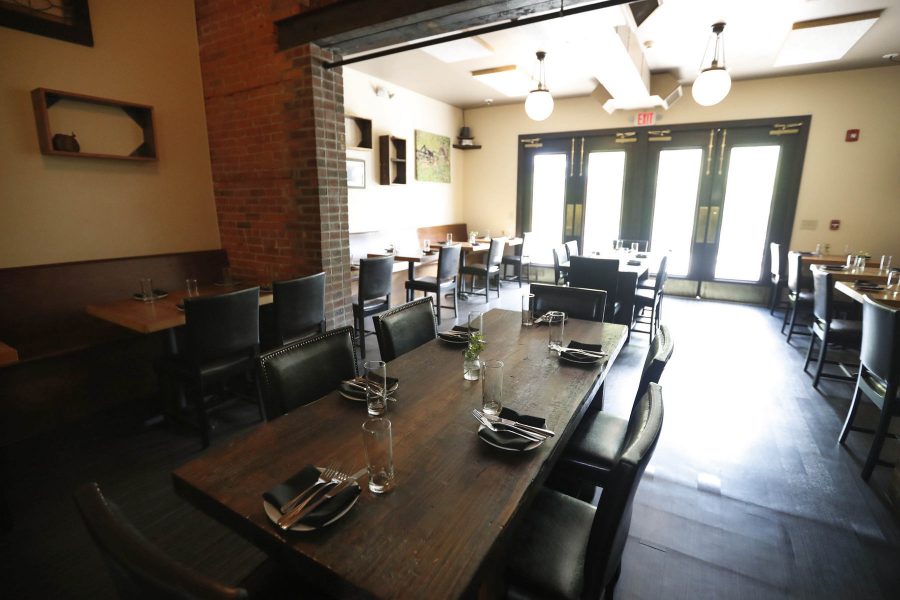 A dish of housemade tortellini ($25), stuffed with seasoned ricotta, thyme and sweet peas, arrived surrounding bitter and sweet greenery ennobled with umami-rich Parmesan broth. The pasta was joined with more peas, and asparagus-gauge garlic scapes, a welter of verdant textures and flavors amped with a topcoat of pistou, the garlicky herb mash that presents like a nut-free pesto. As a finishing touch, the dish, like others, was decorated with pale blue flowers.

A fluffy version of pakoras ($12), the Indian vegetable fritter, were laced with green onion and dipped in a bright basil-garlic-ginger aioli.

Seared striped bass ($26) was beguilingly custardy inside its golden crust, sporting a topknot of fresh dill and bachelor button blossoms, but the real star of the show was beneath it. Eggplant had been melted halfway, enriched with capers, celery and tomato, and with a dab of honey. It was homey and earthy in a soulful way. 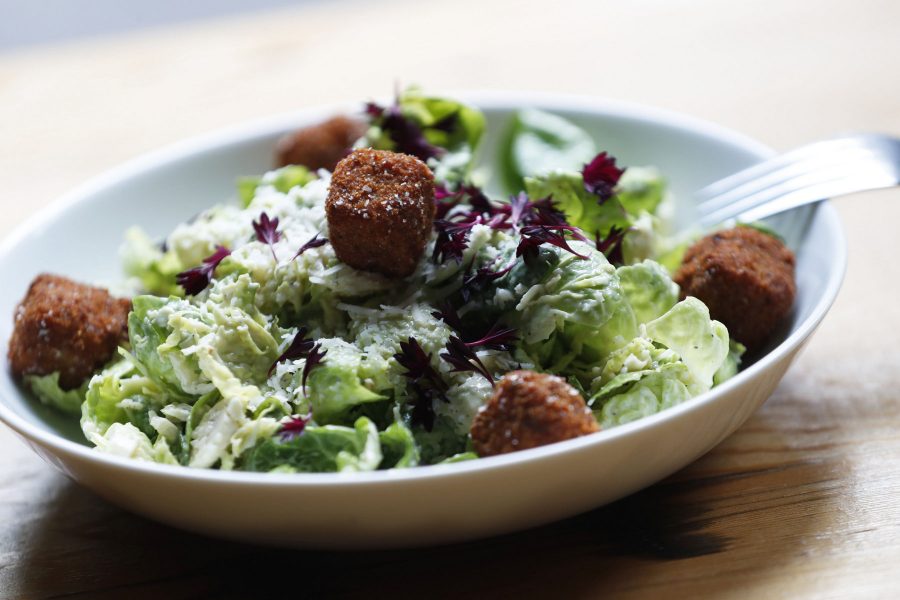 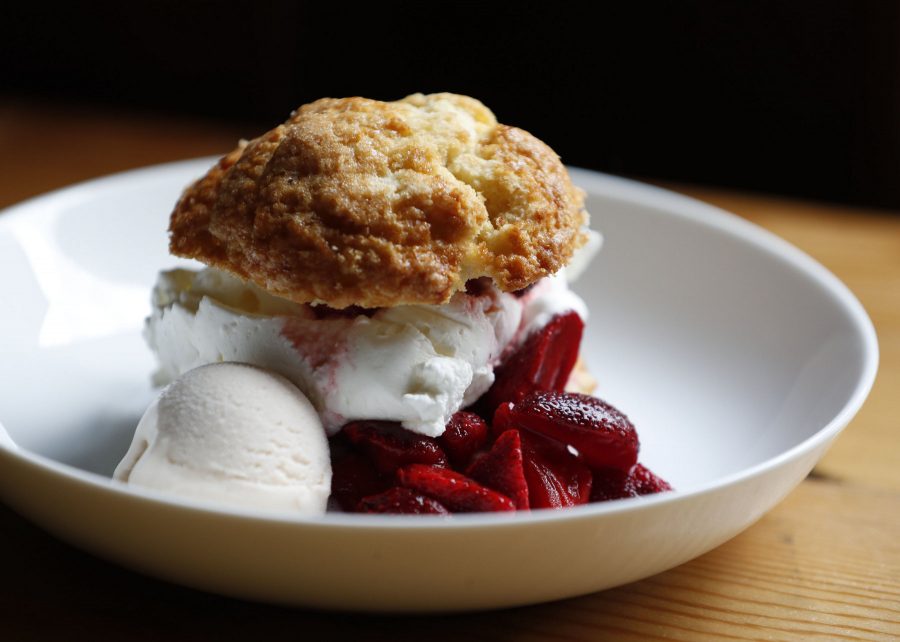 Even brunch, that traditional carbfest, gets a fresh boost from the garden. A plate of puffy pancakes the size of jar lids ($11) were covered with a jumble of local strawberries so ripe they wept red, joined by whipped butter and a dram of local maple syrup. The brunch breadbasket ($12), served with butter and housemade jam, included croissants, raisin bread, chocolate chip muffins and lemon pound cake.

A Caesar salad made of Brussels sprouts ($15) was a notable improvement over romaine, helped along by an unflinchingly garlicky dressing with a dash of anchovy, and bite-sized croutons made from potato gratin. An over-easy egg draped over the top added yolky unctuousness to the sauce. 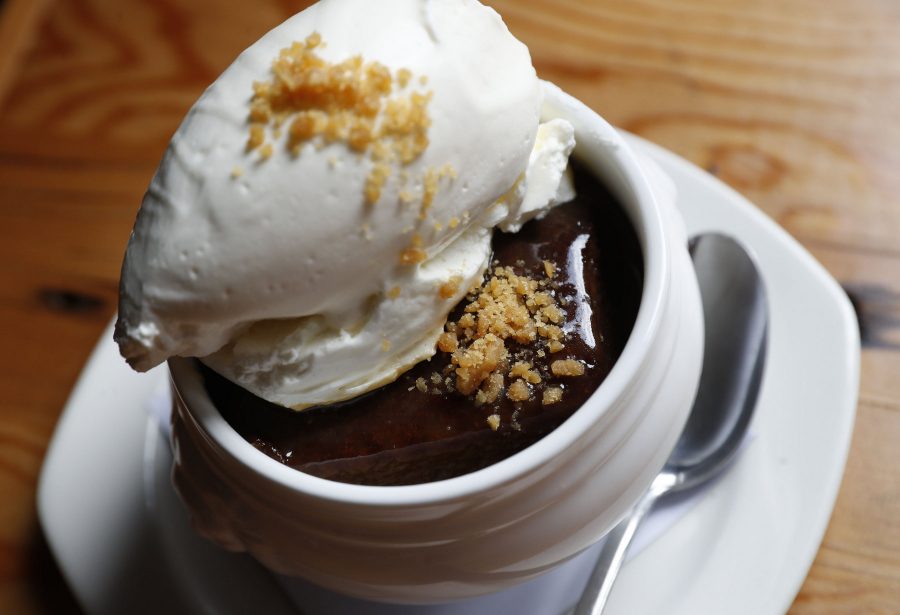 Ellen Gedra's sticky toffee pudding at the Black Sheep is one of the best-loved desserts in Buffalo. (Sharon Cantillon/Buffalo News)

Fat spears of the last Oles Farm asparagus of the season ($15), simply roasted in a cast-iron pan, were gilded with lemon and egg yolk in the form of velvety hollandaise, and draped with gossamer slices of housemade 32-month-old prosciutto, a rare treat.

Over the years, it seems Steven Gedra’s ambitious palate has matured. This year, he mentioned on social media that he’s stopped drinking. I don’t know whether those two things are linked or just contemporaneous. But I would say that he’s gone from mixing hit singles with B-sides, to delivering more cohesive album-level work. These days, the Gedras’ efforts give Buffalo diners more reason than ever to feel a little bit sheepish. 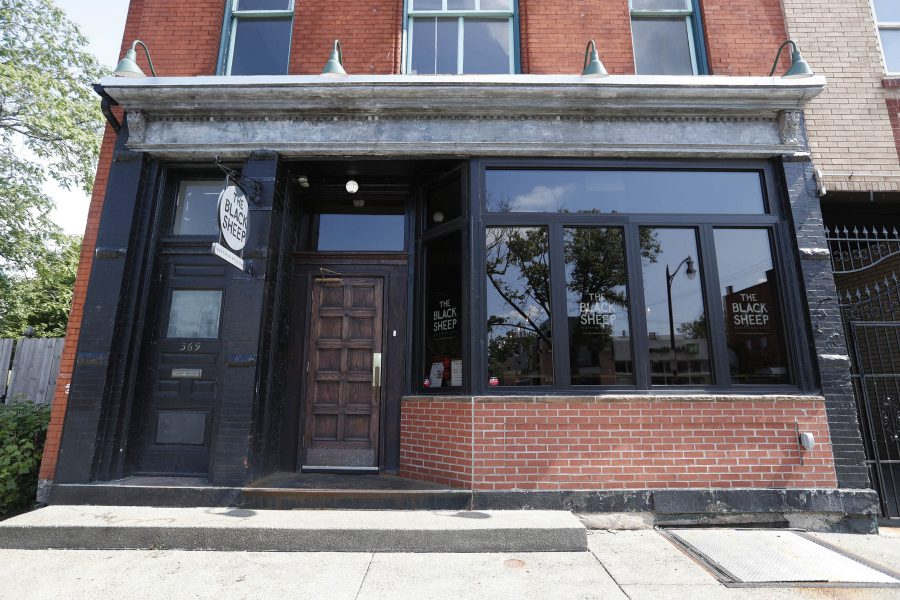 Before renovations, the Black Sheep was the Golden Key. (Sharon Cantillon/Buffalo News)