The vast majority of the lawsuits accused Buffalo Diocese priests of molesting children decades ago, including one case that dates back to 1948. Several priests were the subject of multiple accusations. Most of the priests identified in the lawsuits were deceased or already had been removed from public ministry due to abuse allegations.

But the filings also included the names of at least five priests still celebrating Masses, including the pastors of two suburban parishes who had not previously been accused.

One of the newly accused priests, the Rev. Paul M. Nogaro, pastor of St. Stephen Church on Grand Island, denied molesting anyone.

“I don’t know who is accusing me, but I absolutely deny it because I have never done this to anyone in 48 years as a priest,” Nogaro told The Buffalo News. “Even though the truth is on my side, this destroys my life. ... I don’t think it is fair that someone can make an accusation like this against you without even using their name.”

The other pastor, Monsignor Peter J. Popadick, of St. Aloysius Gonzaga Church in Cheektowaga, declined to comment through the parish secretary.

The same unnamed plaintiff accused both Nogaro, 74, and Popadick, 74, as well as two other priests of abuse. Niagara Falls attorney Paul Barr, who filed the lawsuit, described the plaintiff as being in his 60s and from Erie County.

The cases began rolling in shortly after midnight, starting with Christopher Szuflita, 66, who alleged that the Rev. Joseph Friel repeatedly abused him in the late 1960s, when Szuflita was a teenager.

Szuflita first tried to sue 25 years ago and was told he couldn’t because the statute of limitations on such lawsuits had run out.

But the state’s Child Victims Act suspends the statute of limitations on child sex abuse cases during a one-year “look-back” window that began Wednesday. The window allows Szuflita and potentially thousands of other people across New York to file lawsuits.

He and other abuse victims gathered late Tuesday inside the Amherst law office of Steve Boyd to mark the opening of the window. 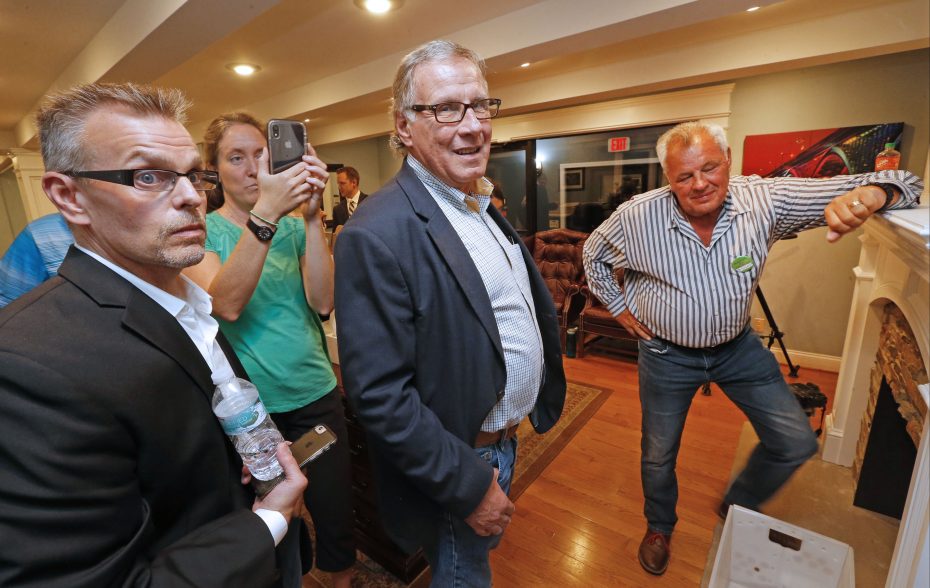 At 12:01 a.m., Szuflita stood quietly as a legal assistant typed in his name and the defendants' names – the diocese, Fourteen Holy Helpers and five unnamed people – and uploaded a summons and complaint into the court system.

Szuflita turned around and smiled.

Friel, who died in 1995, also was accused in two other lawsuits filed by Boyd on behalf of unnamed plaintiffs.

The flurry of hundreds of lawsuits statewide included a case filed against the Diocese of Albany accusing former Bishop Howard Hubbard of sexually abusing a 16-year-old boy during the 1990s.

The 107 Child Victims Act lawsuits filed in Erie County by 5 p.m. was far more than what was filed in upstate New York's other biggest counties: Monroe County, 39; Onondaga, 11; and Albany, 32.

Some lawyers predicted thousands more cases could still be filed prior to next year’s deadline.

“What you see is a large number at the very start. You’re going to see a very large number of cases come out this week – an avalanche,” said Marci A. Hamilton, a law professor and chief executive officer of Child USA. But two months prior to the close of the window, “we’ll see even more cases,” as victims rush to meet the window deadline, she said.

Several law firms said they were staggering the filing of their cases over a period of weeks to allow for more thorough investigation of cases and for the spreading out of court-imposed deadlines for discovery and other aspects of the legal process. Some firms also indicated that they were timing the filing of their cases in groups, based upon the defendant institutions.

The Buffalo Diocese has a policy to put on administrative leave any priest who is credibly accused of abuse, but it’s not clear how the diocese’s procedure for investigating abuse complaints will work now that litigation has started.

Diocese spokeswoman Kathy Spangler did not directly respond when asked if Popadick and Nogaro will be put on leave due to the allegations in the lawsuit.

“All new allegations received today will be examined and investigated in accordance with the Charter for the Protection of Children and the Policies of the Diocese of Buffalo and appropriate action will be taken as required,” Spangler said in an email. 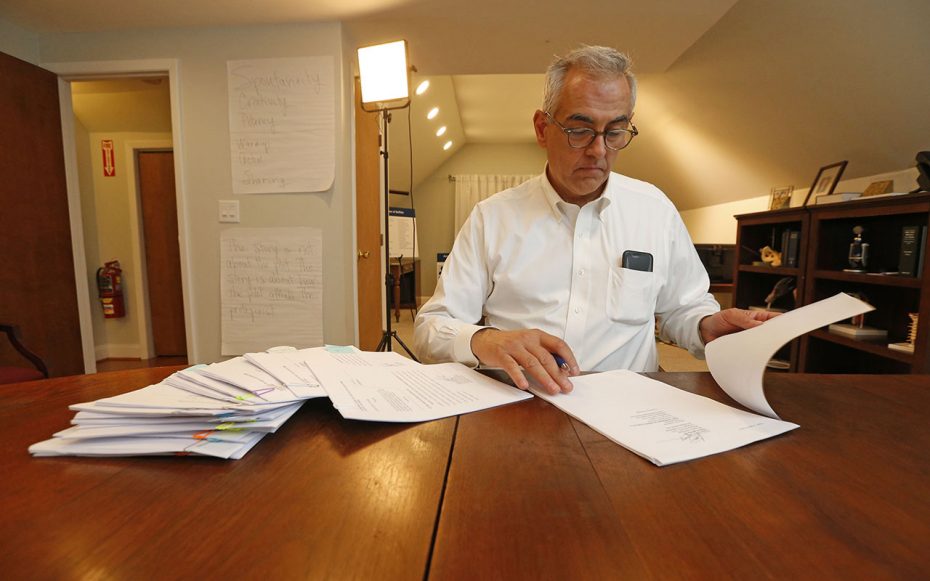 Lawsuits accusing the Rev. Dennis Riter, pastor of St. Elizabeth Ann Seton Church in Dunkirk, and the Rev. Roy Herberger, a retired priest who assists at the Newman Center at the University at Buffalo, also were filed on Wednesday.

The same accusations outlined in the lawsuits prompted Buffalo Bishop Richard J. Malone to suspend Riter and Herberger in 2018 while an investigator hired by the diocese investigated the allegations.

Malone returned both priests to ministry, after he said the investigations exonerated them.

But a lawyer for the plaintiff who accuses Herberger said the diocese’s investigative process was flawed.

“It’s inappropriate that they should be self-policing,” said Stuart S. Mermelstein of Herman Law.

Mermelstein represents a man who alleges Herberger molested him around 1985 when he was 8 and attended Sunday school at St. Ann Church.

“His allegations have been consistent. His statements are corroborated by his psychological records, which demonstrate very strongly that he’s been a victim of child sexual abuse,” Mermelstein said.

Herberger did not respond to an email Wednesday asking him about the lawsuit. He has adamantly denied the allegation in past statements to The News.