The next Canalside attraction is under construction at the western end of the Central Wharf.

The Longshed – a two-story, gabled-roof wood structure that will include public restrooms – is expected to be completed in July 2020. When it's finished, the Buffalo Maritime Center will move in to begin a two- to three-year project to build a 19th century packet boat with public participation and viewing.

The boat-building project comes in anticipation of city and state celebrations in 2025 to mark the 200th anniversary of the opening of the Erie Canal.

"To see the dirt dug up there makes it look real," Buffalo Maritime Center founder John Montague said, noting the earth-moving equipment at work on the site. "It's been a long time coming. We have been working on this literally for years, and to see the fence up and action taking place is an enormous relief and very exciting for us."

"This is really a shift for us in how we are doing historic and heritage programming," said Steven Ranalli, president of Erie Canal Harbor Development Corp.

The state agency purchased the property from the City of Buffalo for $150,000 and is covering the cost to design and build the 5,000-square-foot building through a $5.6 million allocation from the New York Power Authority.

"It is going to give us a physical representation of earlier buildings, allow people to participate in the building of the boat, learn about packet boats and be a part of local history," Ranalli said.

Celebrating the western terminus of the Erie Canal and the historic importance of Buffalo's waterfront is a longtime passion of Montague's.

He pursued a packet boat-building project at Canalside for years, and was overjoyed when the waterfront agency decided in 2018 to give it the green light. The decision came after Dave Rogers, a boating enthusiast, agreed to fund the $325,000 cost.

A rendering of the planned Longshed building.

The maritime center is expected to launch a fundraising campaign later this year to help sustain future projects.

Montague said considerable work still needs to be done at the center's Black Rock location at 90 Arthur St. before the boat project moves to the Canalside site.

"We have a lot of preparatory work to do at the shop so we're ready to hit the ground running," Montague said.

A 1910 ship saw is part of the equipment that will be moved in, he said.

Involving the public is a major goal. The boat could be completed in one-half or one-third of the time planned, but the time frame will intentionally be prolonged to capitalize on the project's learning value, Montague said.

"The point isn't to build it fast, but to lengthen and extend the opportunity for participation as much as possible," he said.

A core group of several dozen volunteers will be identified as the date to work under master boat builder Roger Allen draws nearer, but everyone is encouraged to contribute.

"We want to recruit volunteers from kids to adults to participate in working on the boat in some fashion," Montague said. "It's important to us that this be a community program, so on certain days they can saw, they can sand or do another task under supervision, and claim they helped build the boat." 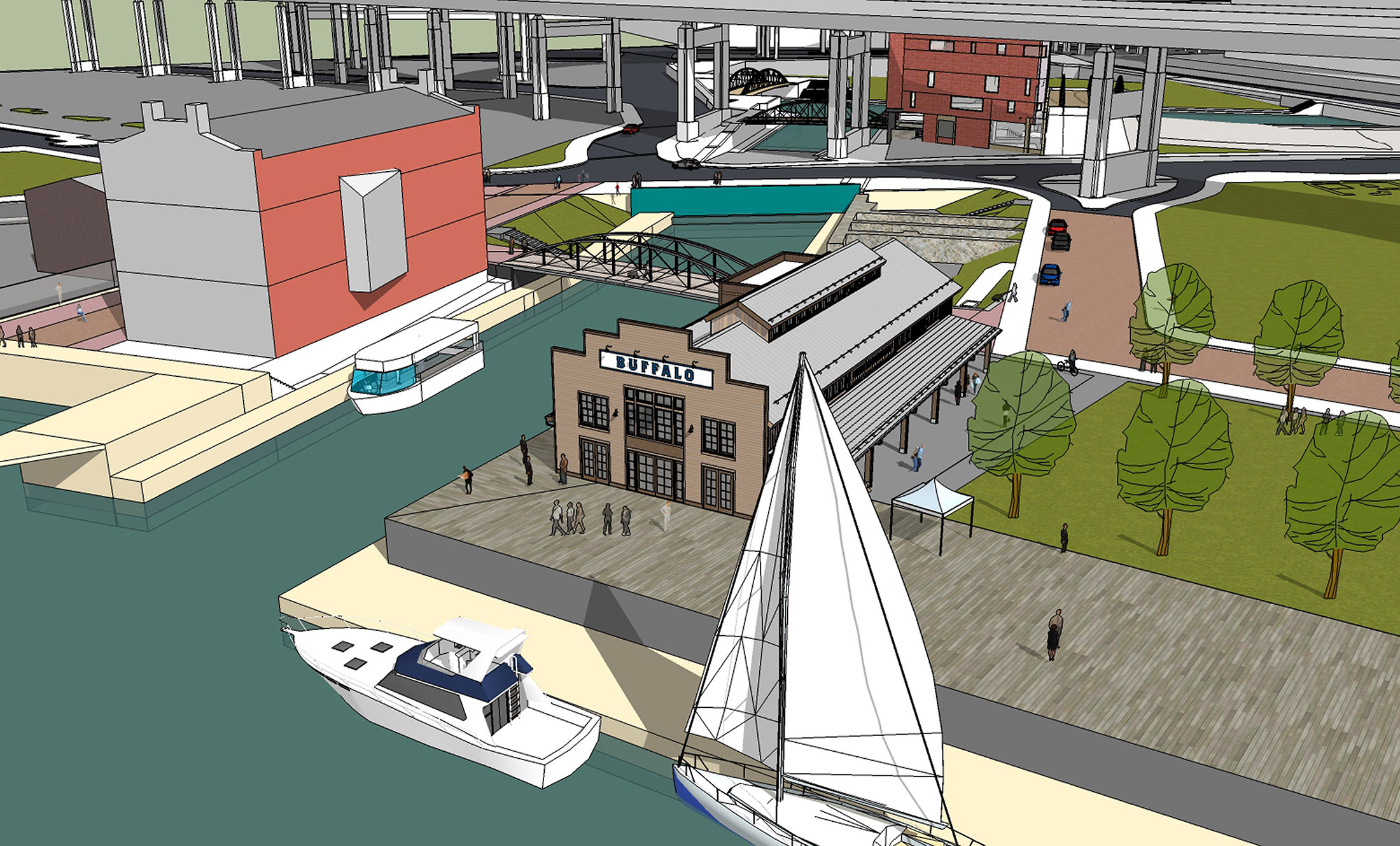 A rendering of the planned Longshed at Canalside, where the replica of an 1825 Erie Canal packet boat will be built.

Viewers will be able to watch from the Longshed's mezzanine level located on the north side of the building. Exhibits and an interactive kiosk will help tell the story of the Erie Canal and Buffalo's role, and explain how the boat is being built. Tours led by docents for school groups and individuals also will be offered.

The boat, once finished, will be based at Canalside's Commercial Slip. It will also occasionally travel up and down the Erie Canal, sometimes in a manner seen when the canal was in its infancy.

"Sometimes it will be pulled by a tugboat and in some places, with horses, particularly between Lockport and Rochester," Montague said. "We will use those trips to gin up interest in the canal in preparation of the bicentennial."

The Buffalo Maritime Center intends to shine a spotlight on Buffalo's harbor and waterfront for years to come, Montague said.

"I think this is the beginning of a lot more things to come," he said.

The land transfer was approved by the Common Council on July 23. 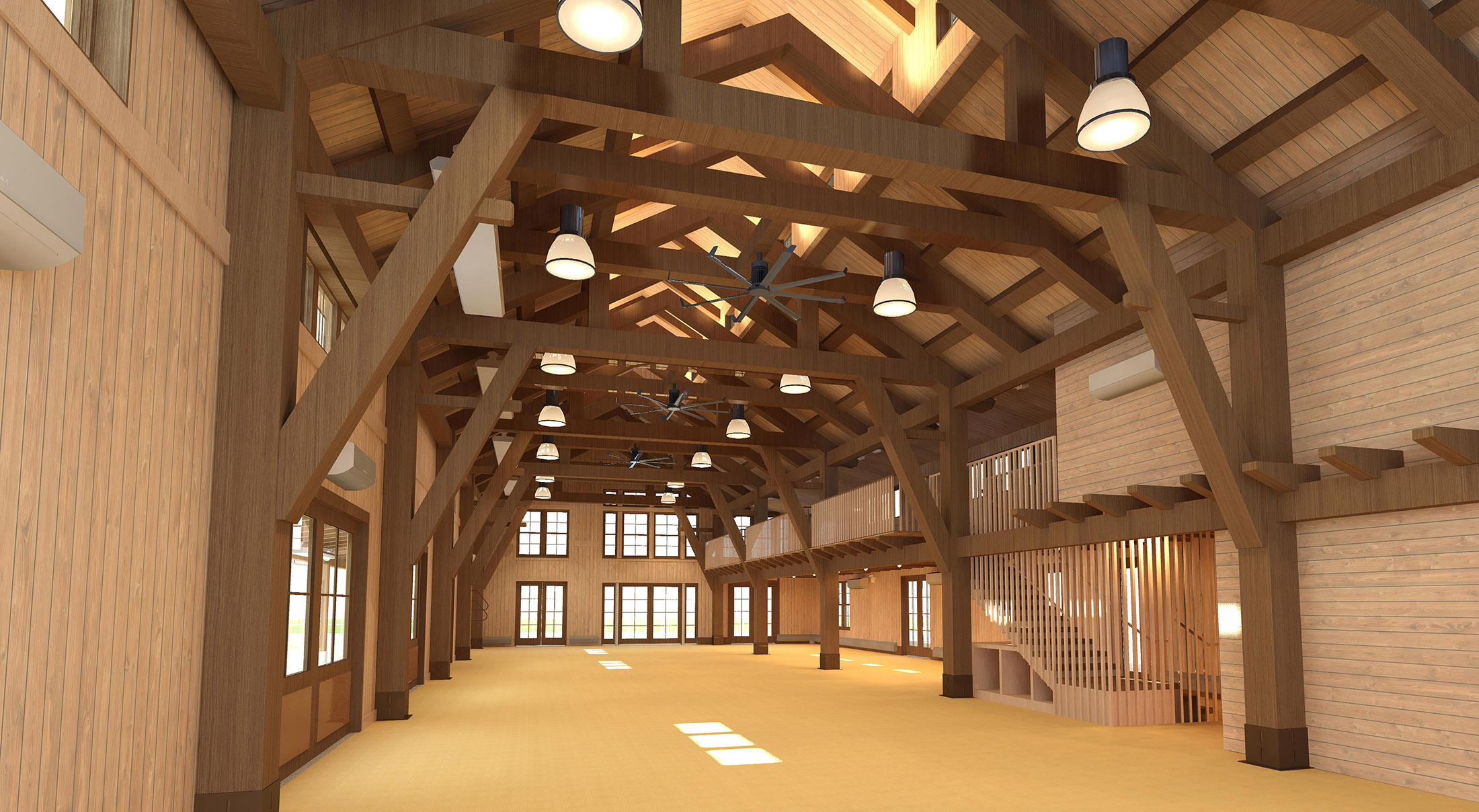 A rendering of the planned Longshed building at Canalside where the replica 1825 Erie Canal packet boat will be constructed.

Ranalli said the deal struck with the city allows the property to be used for other purposes after 10 years. That could mean renting the building to a dining or entertainment establishment, for instance, which would pay rent to the state and return taxes to the city. The agreement doesn't apply to the Buffalo Heritage Carousel, opening at Canalside in 2020. The city has agreed to sell the land for $1 to the state to operate the historic 1924 carousel.

The Longshed, designed by HHL Architects, replaces the once-planned Pavilion building that was planned to open in 2017.

Ranalli said he looks forward to seeing the public impact of the completed boat.

"It will be one of the iconic elements for the City of Buffalo as it goes up and down the Erie Canal," he said.

How Canalside, once a wasteland, became Buffalo's pride