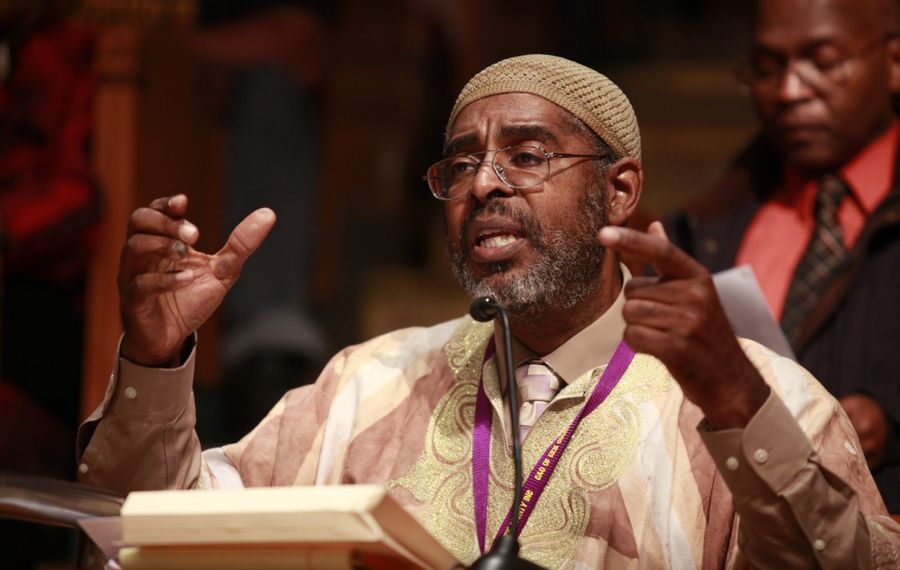 The FBI and the state Attorney General's Office have conducted a flurry of interviews in recent weeks as they investigate Community Action Organization of Western New York, which spends millions of state and federal dollars fighting poverty.

Investigators with the Attorney General's Office last week concluded two days of interviews in Buffalo with people who could offer information about CAO's inner workings, according to one person who was questioned.

"They had several file boxes," the person told The Buffalo News on the condition that he remain unidentified to protect his current job situation. "They presented me with documents, and we went through them for inconsistencies and things that looked suspicious."

He described hours of intense questioning and said the investigators had a "laser focus on any state-funded dollar that has come into that agency."

A representative from the Attorney General's Charities Bureau, which scrutinizes New York charities and investigates complaints against them, also took part, the person said.

Meanwhile, that individual and two other people formerly involved with CAO said FBI agents have asked how a former board president's signature appeared on certain CAO-created documents and whether she, in fact, signed them.

The former board president, Jenine Dunn, had allowed her signature to be placed electronically on checks the agency issued, but not on other types of documents, one of the sources said. Dunn refuses to speak publicly about CAO matters or the investigations sparked by her ouster and the ousters of five other board members months ago.

A majority of CAO board members present at an October meeting voted to fire longtime CEO L. Nathan Hare over concerns about the finances. They then hired a firm to conduct a forensic audit to detect signs of fraud.

Hare, however, never left. An agency lawyer with ties to Mayor Byron W. Brown – Adam W. Perry – determined that the board's vote to fire the CEO was illegal. Perry's firm then completed a report saying six of the directors, including Dunn, had been improperly appointed, and they were dismissed. The forensic audit never materialized.

The state and federal investigators are examining the agency's use of the tens of millions of dollars it receives from the state and federal governments to run education and training programs and other services. The Attorney General's Office asked the people voluntarily interviewed in Buffalo last week to bring documents and their knowledge of matters related to state funds, said the source who spoke to The News about his interview.

Among the topics the state officials wanted to discuss were CAO 's methadone clinic, known as its DART clinic, food programs and consultants, among other things, the source said.

Those topics have already raised eyebrows. CAO's outside accounting firm has told the agency of persistent billing irregularities at the DART clinic and that the agency should have sought bids before paying a Head Start consultant $1.7 million over seven years. In 2016, hundreds of pounds of donated food was reported missing from after-school programs run by the agency, according to an internal report. Hare, the CEO, has both downplayed those issues and said they have been dealt with appropriately.

The FBI has investigated CAO before. A federal probe led to the conviction of a former CAO president, Brian Davis, who used the agency to line his own pockets with grant money he controlled as a Buffalo Council member. Soon after they began this year's investigation, FBI agents asked about CAO's links with the Grassroots political organization, sources who were interviewed told The News. Grassroots launched the elected careers of Davis and Brown, among others.

Hare in May said it's wrong to call inquiries by state and federal agents "investigations" if they are only talking to third parties. The investigators have not approached his agency, he said. Hare did not respond when The News asked him by email Monday about the recent activity by the Attorney General's Office and the FBI.

Nor did he respond to a question about whether Dunn's signature would be placed electronically on certain agency documents. But he acknowledged in recent days that, for a brief time, Dunn's signature could have appeared on checks after her removal Jan. 8. He added that Dunn had contacted the agency to ensure her name was taken off all CAO accounts. He said CAO's business office worked to do so.

"The CAO routinely removes and adds signatories to its accounts as board officeholders change," he told The News in an email. "If something fell through the cracks concerning Ms. Dunn, the CAO will immediately correct it."

The FBI and the Attorney General's Office did not comment for this article.

The sources were unable to say how seriously the FBI agents view CAO's use of Dunn's signature. A lawyer who defends clients in cases of bank fraud and other white-collar crimes said that using an outdated name to endorse a check is not a crime if there was no intent to defraud.

"Whoever was authorized to do the check should have realized there should have been a new signature," said Hope Lefeber, an attorney from Philadelphia, Pa. But she said it would not rise to the level of fraud if no one was making payment to a person who should not have received the money. You have to have intent to defraud in order for it to be a crime, she said.

Dunn was right to be concerned if her name was used on checks when she no longer was involved with CAO, said Robert Davis, a professor emeritus of accounting at Canisius College.

The people who sign checks are responsible for verifying that each check they sign is properly prepared and represents a legitimate organizational expense, he said, and they can be held liable or subject to criminal investigation for signing checks drawn fraudulently or illegally.

"I can appreciate the frustration and anxiety of Ms. Dunn in her efforts to remove her name from the list of authorized signatories," he said. "I am dumbfounded that any organization would continue to assign this type of responsibility to an individual who is no longer associated with the institution in any capacity."

"Caution should be exercised in suggesting fraudulent behavior," Davis told The News. "An essential element of fraud requires intent. For this organization, distinguishing between gross incompetent behavior and fraud is going to be challenging."

Phantom employees and other Community Action Organization scandals over the years