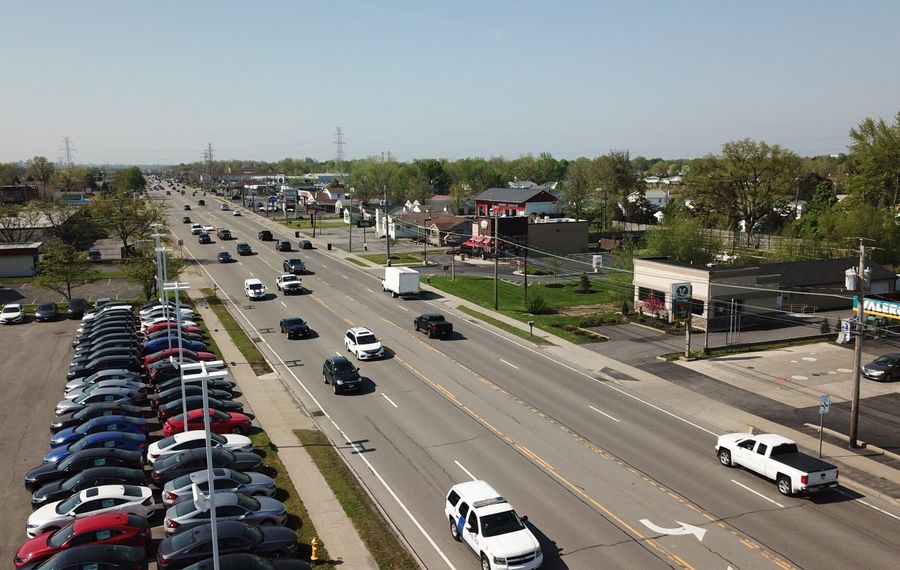 Work is scheduled to start Tuesday to light up a busy – and too often dangerous – stretch of Niagara Falls Boulevard with the aim of improving safety for pedestrians and drivers alike.

The Town of Amherst is embarking on a $2.2 million project on the east side of Niagara Falls Boulevard that includes installing 104 streetlights between the I-290 ramps and Creekside Drive, said Amherst Supervisor Brian J. Kulpa.

Work will continue into December.

Right now, Kulpa said, the nighttime illumination along the boulevard comes from businesses and storefronts.

"So by December, a street that has no street lighting is going to be completely lit," Kulpa said.

In July, the state Department of Transportation released the recommendations of its study for a 6.5-mile stretch of Niagara Falls Boulevard. Officials in the two towns have raised safety concerns following the deaths of six pedestrians over the last six years.

As a result, the state in 2020 is scheduled to start working on a variety of short-term fixes. The $2 million project could include relocating some bus stops, adding midstreet pedestrian islands, adjusting traffic signal timing and restricting right turns on red, among other suggestions from the study.

In the meantime, the two towns on either side of the boulevard are getting to work on their own.

A joint audit by the two municipalities found the road is too dark at night. Also, it takes too long for pedestrians to cross. And, there are too many driveways and highway off- and on-ramps that make it challenging for pedestrians.

One of the outcomes: installing dozens of new streetlights on both sides of the boulevard.

While Amherst gets going on the lighting project for its side of the boulevard, Tonawanda has an agreement with National Grid to fix lights atop of utility poles on its side, Kulpa said.

“I’m not just worried about pedestrians,” Kulpa said. “The bottom line is there’s something like 300 vehicle accidents a year on that road – 1,500 in five years’ time. We have to do what we can.”

Starting Tuesday, traffic heading north will encounter lane closures, specifically between the hours of 4 a.m. and noon, so motorists may run into some slowdowns.

"We’re going to need, pretty consistently, the lane next to the curb because they are installing pole foundations and putting in the power source for these lights," said Jeffrey S. Burroughs, Amherst's town engineer.