She was making a pot of beef and barley soup in 2013 when her phone rang.

It was a detective from the Niagara Falls police. A woman had told police she was sexually abused many years earlier by a Niagara Falls City School District teacher, and that there may have been other victims. The detective asked the woman making soup if she was one of them.

“I dropped an entire bottle of parsley in the pot I was so shocked,” said the woman, who asked that her name not be published.

She says her music teacher, Patrick Kuciewski, began sexually abusing her in the seventh grade. Because of New York State’s statute of limitations on child sex abuse cases, which only allowed victims to pursue charges or file lawsuits up until their 23rd birthday, it was too late for the woman or police to do anything.

The woman said a detective told her, “If the law ever changes, you make sure to do something. Because he’s a monster.”

That day has come.

On Wednesday, a one-year window opens under the recently passed Child Victims Act that allows victims of child sex abuse, regardless of their age now, to sue their abusers and the institutions that employed them.

But other public and private organizations, including the Boy Scouts, youth sports associations, public school districts and private schools, are expected to be defendants in Child Victims Act lawsuits, too.

“It is a day of reckoning,” said Steve Boyd, a Buffalo attorney who represents Kuciewski's accuser. Boyd is working with Minnesota-based Jeff Anderson and Associates. Together, they expect to file more than 200 lawsuits in Western New York.

Administrative Judge Paula L. Feroleto, who supervises the region’s state courts, and other legal experts predicted at least 500 lawsuits will be filed in the year ahead in Western New York, mostly in Erie County.

“For years, these things have been swept under the rug,” said Boyd. “Whether it's a church, a school system or scouting, there have been people who should have known what was going on. They knew or should have known -- and they looked the other way.”

Starting with California in 2003, nine states in past years created windows of time to file lawsuits over old abuse cases that had been time-barred.

This year, the District of Columbia and eight more states, including New York, are suspending civil statutes of limitations in child sexual abuse cases.

For 13 years after the New York State Assembly first passed a Child Victims Act bill, it languished in a Republican-controlled State Senate until the Senate finally passed it in January, shortly after Democrats took control of both houses. Gov. Andrew M. Cuomo signed it into law on Feb. 14.

“Survivors have been waiting a very long time for this moment,” said Judith Olin, assistant clinical professor and director of the Family Violence and Women’s Rights Clinic at the University at Buffalo School of Law.

Anyone who was a victim of child sex abuse in New York can file a civil suit, regardless of their age now.

But only for a year.

Victims of childhood sexual abuse that occurs after the one-year window ends will have until they turn 55 to file lawsuits under the Child Victims Act.

Nineteen dioceses across the country already have filed for bankruptcy protection in response to a crush of lawsuits prompted by statute of limitation suspensions. And Boy Scouts of America leaders have talked about the possibility of bankruptcy due to lawsuits in New York and other states.

"I think you're going to see significantly higher numbers of cases in New York than in any other window up until now," said J. Michael Reck of Jeff Anderson & Associates. "New York was really far behind the curve on child protection for many, many years. There's a lot to make up for."

In other states, the Catholic Church and the Boy Scouts usually faced more lawsuits than other organizations, including schools, in part because some states didn't allow governmental entities to be sued, said Reck.

Several lawyers contacted by The News said they expect to see the same in New York, even though they predicted plenty of cases will be brought against public school districts.

"Many people I speak to tend to think that this is a clergy window. It's much more than that," said Jayne Conroy of Simmons Hanly Conroy.

Many cases may not be filed until months from now, she said.

The cases will be about negligence, about how the staff at institutions either knew what was going on and did nothing or should have known.

"We're going to have to prove how they knew or should have known," Boyd said.

School districts will face an uphill battle in trying to defend themselves from allegations that may be decades old, said Jay Worona, deputy executive and general counsel for the New York State School Boards Association. The staff at the districts would have long ago retired and because the Child Victims Act doesn't require plaintiffs to file a notice of claim, records would not have been preserved.

"That's the significant burden and problem districts will face."

He pointed out that school districts, by state law, cannot file for bankruptcy. They do carry insurance, but it's possible that in some cases, a policy was obtained well after the date of the alleged abuse. And that could mean the insurance company won't cover the claim.

The woman who said she was sexually abused by Kuciewski will sue the Niagara Falls City School District, she and Boyd, her attorney, said.

The woman said she was about 13 at Niagara Falls Middle School when Kuciewski first touched her inappropriately. They had gone on a band field trip in 1996 to Cedar Point amusement park in Sandusky, Ohio, and had marched in the rain. The woman said the teacher told her to sit in the back of the bus where he brought her a towel and hugged.

“It was almost like a ‘dad hug,’ ” she said. “But then I felt his hand kind of like travel up and touch my breast.”

Kuciewski soon began offering her money to do odd jobs, like cleaning his van or the pool at his home, which he shared with other male teachers. At the house, he would often bring her into his bedroom and molest her and make her perform oral sex, she said.

When she threatened to tell the principal, she said Kuciewski would threaten her back, saying he’d change her grades or tell her parents. “Can you imagine how disappointed your parents would be?’” she said he would say to her.

She said the abuse continued until she was in high school.

Years later, when she was 30, Niagara Falls police contacted her about Kuciewski. At the time, he was the principal at the 79th Street Elementary School. After the first woman had come forward, Kuciewski was placed on administrative leave in 2013 while police and the district investigated.

Police at the time said the statute of limitations prevented them from filing charges against Kuciewski.

Kuciewski retired that summer and surrendered his teaching license, according to records.

Kuciewski told The News he had no comment Thursday outside his Niagara Falls home.

Mark Laurrie, the current superintendent of the school district, said he recalled that it did a “thorough and comprehensive investigation” of Kuciewski in 2013, when Laurrie was a deputy superintendent. He said he could not comment on the potential lawsuit because he has not seen it. 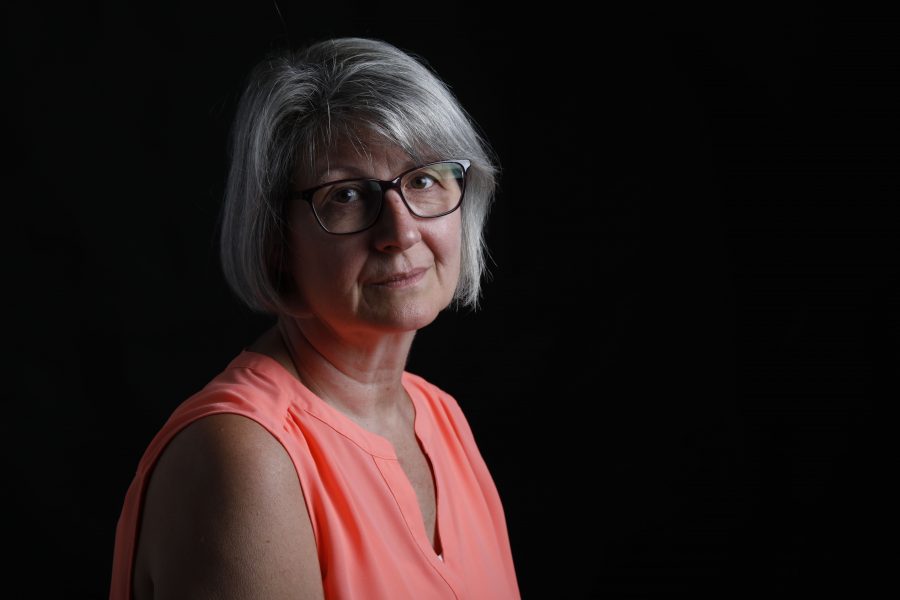 Ruth MacAlister says she was sexually abused by a teacher at the now-closed Mount St. Joseph Academy in Buffalo. She is planning to sue under the new Child Victims Act. (Derek Gee/Buffalo News)

Ruth MacAlister, 58, said she will also file a lawsuit involving a teacher in the coming days.

MacAlister, who grew up in North Buffalo and now lives in Central Pennsylvania, said a male teacher at the now-closed Mount St. Joseph Academy on Main Street in Buffalo sexually abused her over several years, starting from the time she was 15 in 1976. MacAlister, who said she will sue the Sisters of St. Joseph, the order that ran the school, would not identify the teacher.

MacAlister was well beyond 23, when the previous statute of limitations ran out, when she said she realized that what had happened between her and her teacher wasn’t an affair but a crime.

Then she heard about the Child Victims Act.

Now, MacAlister said, she’s looking forward to the day she sees that teacher in court.

A Buffalo area man in his 30s said he plans to file a Child Victims Act lawsuit against the West Seneca School District, unless an out-of-court settlement is reached, because he said he was repeatedly raped in the late 1990s by his French teacher at West Seneca East Middle School.

That teacher, Anthony Harper, was charged in 2007 with sodomizing another student, a 13-year-old boy. Harper was sentenced in 2008 to two years in state prison after pleading guilty to a felony count of engaging in a criminal sexual act.

Harper, 45, is now residing in the Buffalo area as a registered sex offender.

The former West Seneca student, who spoke on the condition of anonymity, told The News that Harper began to “groom” him when he was 13 in 1998. “It started with him patting me on the back and putting his hand on my shoulder, and sometimes up the back of my shirt in the classroom. He was portraying himself as a friendly, supportive teacher trying to help out a student,” said the man.

The man said Harper sexually abused him until he was 15, when he broke off his contact with Harper.

Harper and the West Seneca School District did not respond Friday to requests for comment.

He said that shortly after Harper was arrested, he contacted West Seneca police and told them that Harper had also sexually abused him.

“There is not a day that goes by when I don’t think about Anthony Harper and what he did to me,” the man said. “I’m always asking myself, did I do something to deserve this?”

Attorney Christopher J. O’Brien said he has notified the West Seneca School District about the man’s complaint. He is trying to work out “a resolution” with the district before filing a lawsuit under the Child Victims Act.