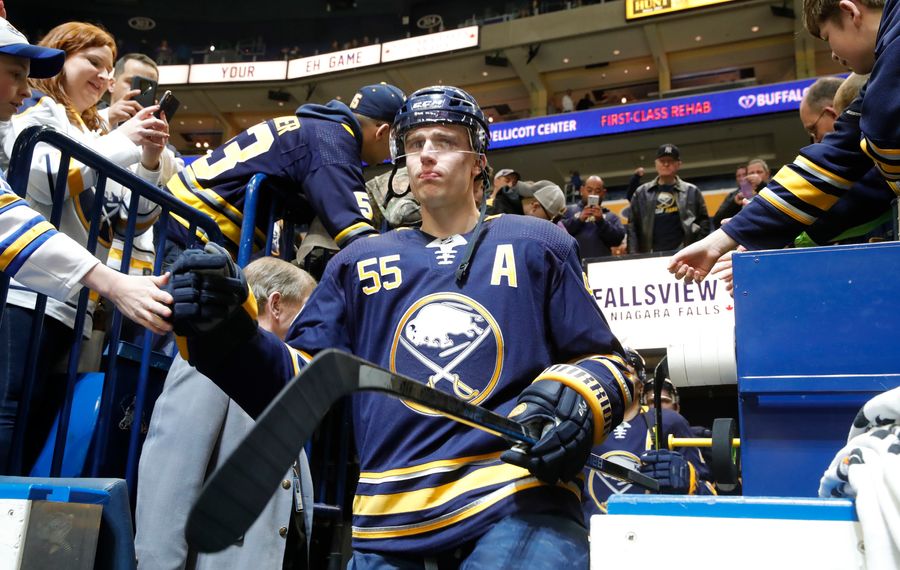 The drama surrounding the future of Sabres defenseman Rasmus Ristolainen took another turn when he implied that he has asked to be traded during an interview with Finnish television outlet MTV Sports.

According to a translation of the interview, Ristolainen said he wanted to keep the discussions with Sabres' management private.

Ristolainen's future has been a question, especially as the Sabres have added an abundance of defensemen this offseason.

"I cannot say anything other than the fact that on the 12th of September, I will be at one of the NHL team's training camps," he said.

The headline of the MTV Sports article reads, "Ristolainen dissatisfied with situation with Buffalo Sabres – wants to move elsewhere."

MTV Sports is the same news outlet that reported months ago that Ristolainen would not be back with the Sabres, though, the team would have to make a move for that to be the case.

When he met with Buffalo reporters at the end of the season, Ristolainen seemed uncertain about whether he needs a change of scenery or wanted to remain with the Sabres.

He is under contract for three more seasons with an annual cap hit of $5.4 million.

Ristolainen, 24, finished the season with an NHL-worst rating of minus-41, which isn’t necessarily an accurate representation of his overall performance, but is the second-worst mark by any player since the 2005 lockout and tied for the worst in franchise history.

Ristolainen recorded 43 points (five goals, 38 assists) this season, the second-best mark of his career. But he continues to struggle with his decision-making and awareness, in one-on-one puck battles along the boards despite his size and strength, and with turning the puck over in his own zone.

In a reference seemingly aimed at critics, he said, "Commentators may not know what players need to go through during the season."

He said he has focused most of his offseason regimen on improving his speed.

Sabres Mailbag: What are trade options for Rasmus Ristolainen?