The New York Store, a men’s specialty shop in the Village of Lancaster, has survived the Great Depression, the boom and bust of the shopping mall and internet shopping.

It has also weathered the closings of many neighboring businesses that sparked a 40-year effort by the village to jump-start its central business district.

Now, as the store celebrates 90 years in business, its owner sees signs of renewed interest in downtown Lancaster.

"Everything changes over the years. Now there are more business opportunities and more stores," said Alan Kurtzman, grandson of the shop’s founder. "I'm still here working, and I am not going anywhere anytime soon."

And the nearby sale of a 4.4 acre parcel downtown will make way for a $15 million mixed-use development that could be a turning point, said Lancaster Village Mayor William C. Schroeder. The mix of boutiques, restaurants and up to 48-midrange to upscale apartments proposed for West Main Street by businessman Tommy R. Sweeney should breath fresh air into the central core, the mayor said.

The New York Store remains one of a handful of locally owned men’s specialty shops in the region that have served generations of customers.

Businessman Henry Kahn opened The New York Store in the spring of 1929, months before the beginning of the Depression. It outlasted many changes in the village business district and survived mall and internet shopping to keep its doors open while neighboring businesses have not, Schroeder said.

“It survived it all starting with the Depression,” said Schroeder “That’s a pretty good accomplishment around here.”

Schroeder celebrated the store’s 90th year in business on Friday during the Taste of Lancaster, where he planned to present a commemorative plaque to Kurtzman.

“My grandfather told me that it was tough making it through those Depression years, that he had pulled his money out of one of the local banks just before the bank closed,” Kurtzman said. 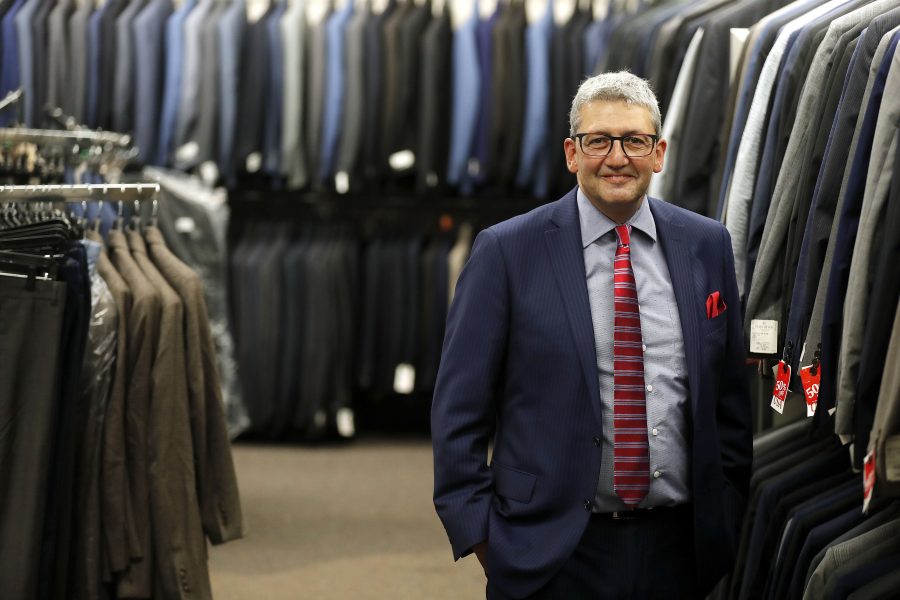 "Everything changes over the years. Now there are more business opportunities and more stores," said Alan Kurtzman, owner of the New York Store in Lancaster. "I'm still here working, and I am not going anywhere anytime soon." (Mark Mulville/Buffalo News)

During its early days of business, published advertisements touted a man's suit for a "sensational" $12.75, while a boy's suit cost $5.98, Kurtzman noted. As a child, Kurtzman recalled folding socks in the store with his grandfather.

Kurtzman, 61, joined the business in 1980 after graduating from the Rochester Institute of Technology RIT with a degree in business management and marketing.

The store moved to its current location at 16 Central Ave. from 4 W. Main St. in 1957, four years after Kurtzman’s father, Shelly Kurtzman, joined the business. Shelly Kurtzman was active in the Lancaster Industrial Development Agency and the Lancaster Opera House. He died in 2014.

As the neighborhood has changed, so have the fashions it sells. The store added a women’s wear line in 1985 and a “big and tall” department in 2002.

“Fits change constantly,” Kurtzman said. “Right now, everything is slimmer. That’s how the market moves – pleated to non-pleated, cuffed to no cuff.”