Buffalo is famously known for creating the chicken wing, but its other contributions to the culinary arena are worthy of the same attention.

From the unique beef on weck sandwich, which attracted the attention of late-night host Jimmy Fallon, to sponge candy's appearance on NPR, Paula's Donuts' shoutout on Buzzfeed and a widely viewed Daily Beast article praising Buffalo-style pizza, local specialties are on their way to national recognition.

Whether you're a local or an expat looking forward to your next visit home, here's where to find five of Buffalo's best specialty foods.

At $6.19 and $7.19 for 3-ounce and 5-ounce sandwiches, respectively, Anderson's is a no-brainer for a quick, cheap beef on weck. The eatery also features global-themed sandwiches with Greek, Italian and Midwestern influence, spicing up the Western New York staple.

If you're looking for an artisan-style beef on weck, Schwabl's certainly won't disappoint. Its half-pound sandwich ($9.89 to $13.99) is a deliciously juicy, fresh, hand-carved rendition – the establishment has been serving sandwiches since 1837, after all. Pair it with a side of German potato salad and you'll be good to go.

[Related: A classic - ham in clove gravy at Schwabl's] 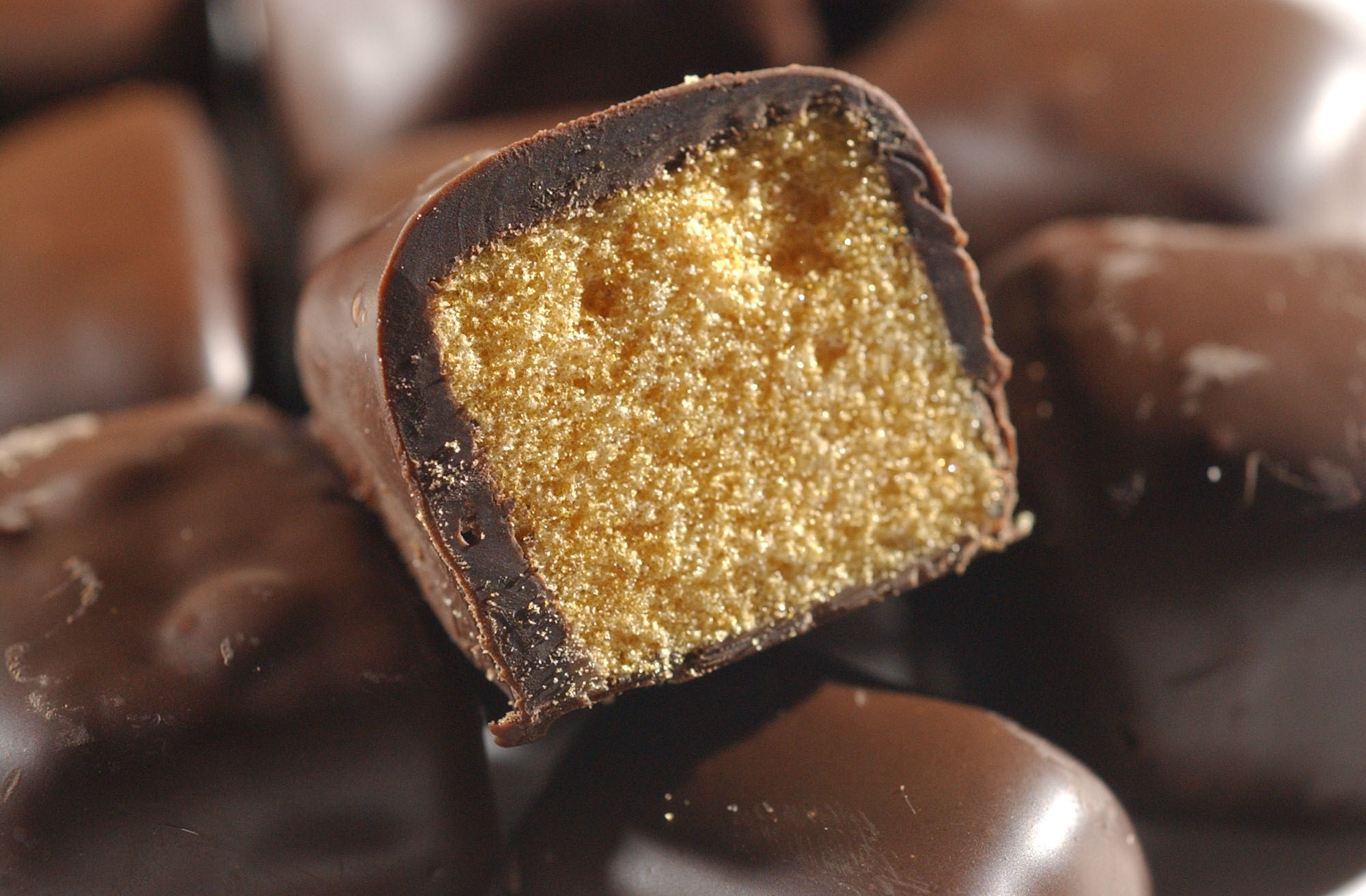 You can't talk sponge candy without acknowledging the creator of the treat: Fowler's Chocolates, who's been making the Buffalo staple since 1910. The styrofoamy crunch of the caramel-colored toffee slightly resembles the taste of molasses but is unlike any other candy out there. It's so good, Sept. 21 was officially recognized as National Sponge Candy Day in 2105. One-pound boxes of milk, dark and orange chocolate are $27.50.

One of my earliest memories is walking into Parkside Candy with my grandma as a kid and splitting a box of sponge candy and ever since, it's been my go-to spot. At $11.50 for an 8-ounce box and $22.99 for a pound, Parkside offers sponge candy in milk, dark and orange chocolate. To beat the summer heat, try freezing a few pieces for a tasty frozen treat.

[Photos: Inside the Parkside Candy business]

Dubbed "Buffalo's favorite pasta" by News food critic Andrew Galarneau, Buffalonians are crazy for spaghetti parm. Created at Chef's in the 1960s, the dish ($10.25 to $13.50) has become a right of passage for foodies looking for Buffalo's signature dish and families celebrating milestone-worthy dinners. 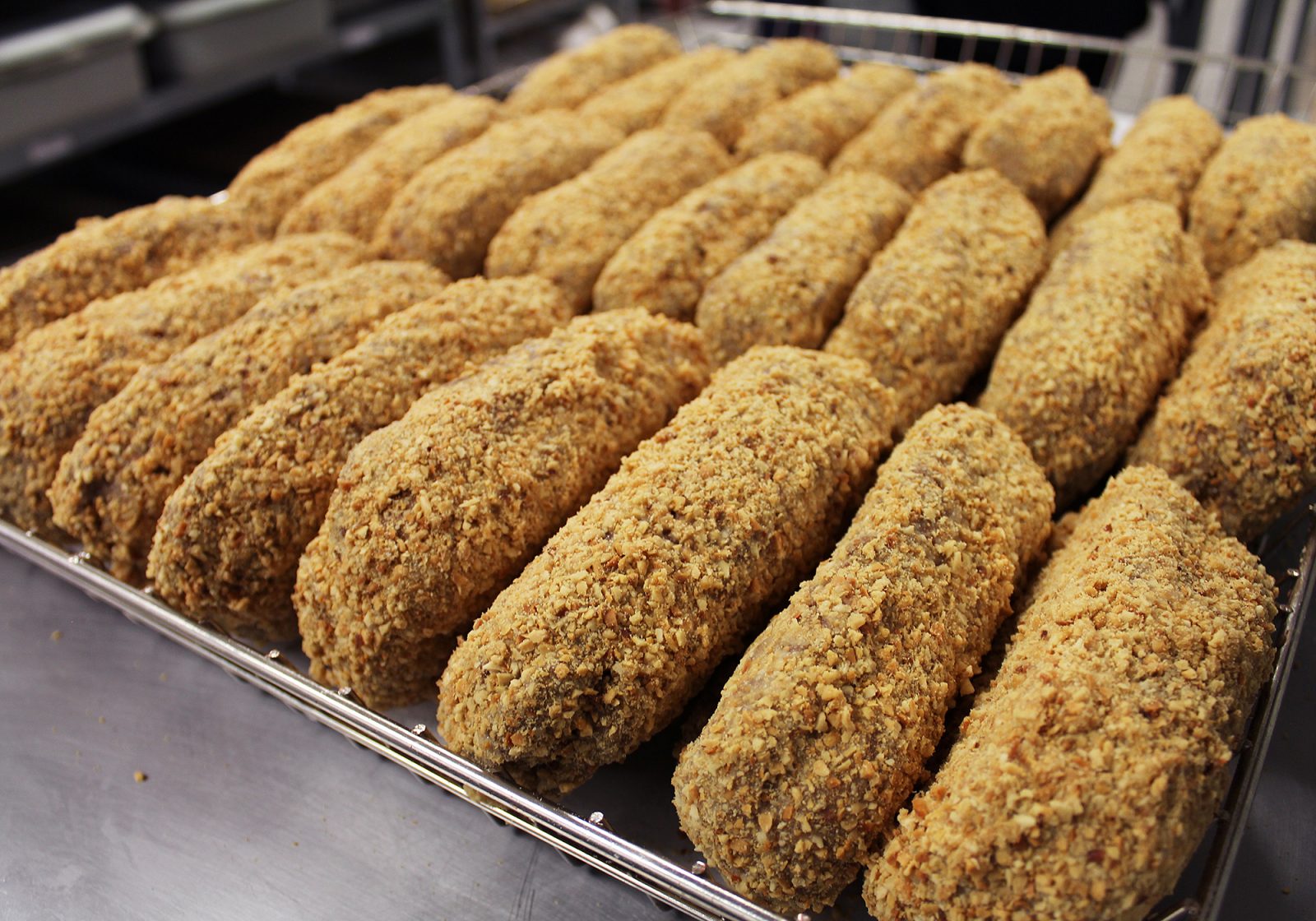 The peanut stick at Paula's Donuts is a feast in itself.

DiCamillo Bakery has been churning out tasty treats for almost a century, and the peanut stick, the bakery's most popular doughnut according to its website, has become a local staple. It's no wonder why the sticks – featuring light and fluffy dough combined with fresh peanuts coated in a honey glaze – are shipped across the nation (including this two-dozen deal).

Whenever I find myself ordering doughnut from Paula's, which is more often than I'd like to admit, I can't leave without grabbing a peanut stick. There's nothing better than a fresh one right out of the fryer, the dough melting in your mouth and the peanuts nearly turning to peanut butter as you chew. No one does it better than Paula's, whose variation is the biggest, densest peanut stick I've found.

The classic: Jim's Steakout (10 locations in the Buffalo area – all listed here)

From clubgoers on Allen Street at 4 a.m. to high schoolers looking for cheap eats, the chicken finger sub has found a spot in the hearts of Buffalonians of all ages. There's something about the simple act of placing the bar fare on a sub roll and loading it up with blue cheese or hot sauce that makes it irresistible. At $10.55 for a footlong sub, Jim's hits it out of the park where chicken finger subs are concerned.

Quietly tucked away among the bars and boutique eateries on Allen Street, Cafe 59 serves the best chicken finger sub in Buffalo. The chicken fingers, generously battered and deep-fried to golden brown perfection, are absolutely massive cuts of chicken that will put any other tender to shame.