July 20, 1981. It's just 10 days days past my 13th birthday, and I’m walking down the aisle of the Palace Theatre in Albany with my big brother Dave, amazed the usher keeps leading us closer and closer to the stage. He finally stops, five rows back on the stage left aisle, says, “These two are yours,” and, at least in my memory’s eye, smirks at the kid in the Iron Maiden T-shirt standing in front of him with his jaw hanging open, looking as if he just realized he’d won the lottery.

That T-shirt was worn by yours truly as a badge of honor, proof-positive I was hip enough to know what was going on over in Britain, as a host of new young heavy rock bands were shaking the cobwebs off the music industry with a fresh sound blending punk rock urgency with the chops and grandiosity of the finest '70s prog-rock, a la Genesis and Jethro Tull.

Iron Maiden was the best of these, in the unflinching opinion of myself and brother Dave. No contest. The set we’d see Maiden playing at the Palace that night – one short, sharp and shockingly high-energy hour of tunes culled from their debut and the then recently released “Killers” album – convinced us of the righteousness of our belief: Maiden rules.

Thirty-eight years later, as Iron Maiden works its way across North America toward KeyBank Center, where it stops for a date on its “Legacy of the Beast” tour at 7:30 p.m. Tuesday, I remain a dyed-in-the-wool fan, as does big bro Dave. I’ve seen at least one date on every Maiden U.S. tour since that 1981 show, and I’ll continue to do so whenever Maiden comes close enough to me in the future. Why? It’s simple. Maiden never let me down. Their peers didn’t fare so well in the '80s, following unfortunate production trends, bending the knee to the horror that was “hair metal” and generally just running out of steam. Not Maiden. They stuck to their principles. They’ve never made a bad album, and they’ve made at least five stone-cold classics of the heavy metal form.

I had a chance to chat with bassist, primary songwriter, and founder Steve Harris on the phone this week, just as he walked off stage following a soundcheck prior to that evening’s show in Quebec City, and found him to be as quietly intense and affable as he was when I last spoke to him, backstage at a 2008 show at Blossom Music Center, outside Cleveland, where he was nice enough to have the entire band autograph a poster for my then 8-year old son. Here’s how it went this week:

Q: In the early days, Maiden had very little stage space, as an opening act, and even less in the way of lights and theatrics. Yet, you still managed to mop the stage with the bands you were opening for. This current tour is full of incredible lighting, staging, props, effects and general theatricality. What does all of this add?

A: You answered the question yourself, really, mate. It’s about the music for us. Always has been. The bottom line is the music. So you can have all the bells and whistles and everything else – and we’ve got them this time, in abundance – but if you haven’t got something to back it up, you’re in trouble. If you take care of the music first, and then add elements of a good show, then it makes for a good combination.

Is the theatrical side of all of this an outgrowth of your love for Peter Gabriel-era Genesis?

Oh, yeah. Most definitely. (Laughs.) For this show, which reflects the "Legacy of the Beast" video game we did, all the theatrics are used to reflect the songs themselves, and to tell a story. They’re not just explosions for the sake of explosions, or whatever. It’s all about taking the audience into the world of the song. 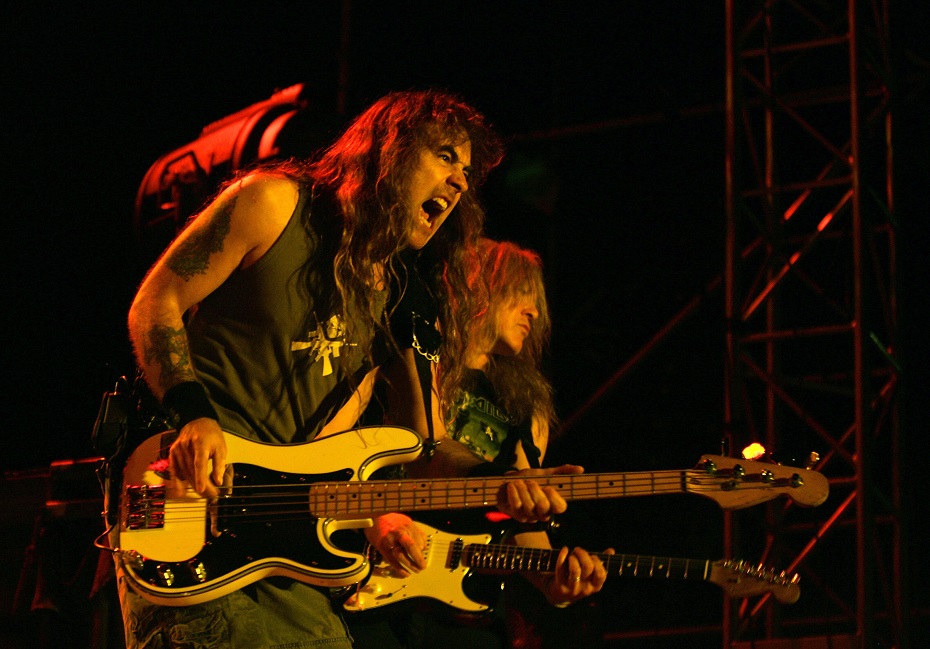 This set list is like a dream set for many fans, but Maiden has never been a band content to live in the past. Was it difficult to come up with a repertoire that was a career retrospective and still packed the element of surprise?

I actually didn’t come up with the set list this time – it was (manager) Rod (Smallwood), but I liked it right away. There’s some things that will be challenging for the audience, somewhat – longer, epic pieces and so forth. That makes it a little bit more challenging and interesting for us. But there are songs in there that people definitely want to hear – particularly on this side of the pond, where some of the more epic things weren’t quite as popular as they were in the rest of the world. It’s a strong, well-paced set and it’s enjoyable to play.

(Aug. 6) was (singer) Bruce Dickinson’s birthday and at 61, after beating throat cancer, he remains an absolute force of nature, both on stage and off. What can you say about him? He’s clearly one of the most dynamic frontmen in the history of hard rock.

Yeah, I just told him, "It’s all downhill from here, mate, hope you’ve had a good time!" (Laughs.) Seriously, though – he sounds better than ever. He seems to be feeling good and really tearing up the stage at these shows. 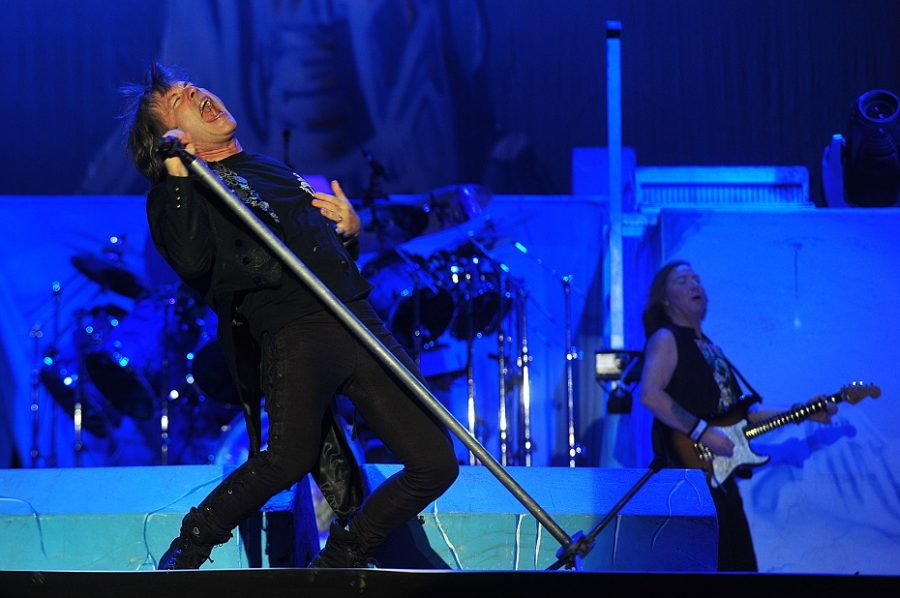 Over the past decade, Iron Maiden has become a bit of a family affair. Your daughter, Lauren Harris, opened shows on the “Somewhere Back in Time” and “The Final Frontier” tours, and now, your son George Harris’ band the Raven Age is opening this tour. What’s it like having your kids carrying on the family business?

I’m proud of them. That’s a tough gig, because as you know, Maiden fans are a fiercely loyal lot. I’d tell them, "Just get out there, and don’t worry about it. On this side of the pond, they often stay out tailgating and having fun when the opening act plays, it’s just the way it is. Just get out there and do it." And they did.

George’s band, they’ve just gotten so good, the new album is really fantastic. They’ve got so much melody in their music. I hope he got that from me! (Laughs.) That’s the thing I’m most proud of.