Since we led with the Erie County Fair for this week's newsletter, it only makes sense to highlight rubber ducks for the weekend. Think of it like the Kentucky Derby, just for inanimate objects near Buffalo's waterfront.

The Rotary Duck Derby is a quirky highlight for a weekend notable for quality new events: the environmentally friendly Flutterby Festival on the sidewalks of Elmwood Avenue, a blast from the past at WNY Woodstock and the welcomed launch of the Asian Food and Culture Festival. Here's a rundown.

Familiar with the mass of humanity at the starting line of the Buffalo Marathon? That's how crowded it will be for hundreds of rubber ducks vying for greatness at the Canals at Canalside, by the Explore & More Children's Museum.

The Rotary Duck Derby, a family friendly, charity event for far-reaching Rotary Club of Buffalo, challenges these ducks – distinguished by special numbers – to float downstream to the finish line, with the top three finishers winning prizes (well, the humans win the prizes). Stroke their feathers, whisper motivational tactics or pat their bills – do anything to get an edge.

Flutterby Festival, 11 a.m. to 7 p.m. Saturday, Aug. 10 along Elmwood Avenue, from the Albright-Knox down to Summer Street. No cost to attend.

A Time story on Aug. 7 relayed a viral tweet about a monkey who turned off a water tap, proving more environmentally conscious than many humans. The event itself was lighthearted, but the perilous state of the climate – global warming, finite resources, etc. – is a serious subject.

Buffalo Rising founder Newell Nussbaumer has been overt in supporting environmentally conscious initiatives, but the Flutterby Festival marks even more obvious intent to acquaint the businesses and people in Buffalo who care about the planet.

The News' Francesca Bond flutters through the details of the inaugural event, which is a 1.6-mile walkable stretch of Elmwood – sidewalks only – with brick-and-mortar and pop-up businesses galore.

The effort to execute a 50th anniversary Woodstock festival did not come to fruition, but the milestone will be recognized through smaller shows across the country. River Fest Park will be home to WNY Woodstock, where Doug Yeomans Band, Eric Crittenden and a number of other local musicians will perform hits from the 1969 spectacular. Flying Bison will handle the beer, while food trucks and other vendors will be present.

The News' Dan Herbeck talked to festival organizer Bob McLennan, who attended the original Woodstock, then spotlighted the legendary festival's music that will be covered and the full slate of performers.

The Erie County Fair, which runs through Aug. 18 at the Hamburg Fairgrounds (5600 McKinley Parkway, Hamburg). Admission is $12 at the gate.

Instead of reading a regurgitated blurb about the fair, take a look at The News' content teasing this year's festivities.

There are two ways to experience an art festival, and neither is "the wrong way" to do it. Feel no shame in wandering aimlessly, peering at collections, people-watching and munching on fried food.

The more intensive approach is fitting for Lewiston's two-day event, where festivalgoers can meet 175 artists – presenting more than 20,000 works of art – to learn the creators' ideas, artistic journeys and inspirations. Here's a useful festival map that names participating artists and their booth locations.

Just a couple hundred paces from where the rubber ducks race will be the inaugural Asian Food and Culture Fest. (Frankly, given all of the other cultural festivals during Buffalo's summer, it's about time someone stepped up and delivered a pan-Asian celebration). Thanks, WNY Chinese Chamber of Commerce and president Jasmine Chen.

The News' Andrew Galarneau listed the food vendors to be in attendance – Little Lamb, Taichi Bubble Tea and Dancing Chopsticks are among those with a presence.

Smashing Pumpkins frontman Billy Corgan has made news recently by announcing the return of his weekly wrestling TV show, part of a larger goal to rekindle the once-glorious National Wrestling Alliance.

But Smashing Pumpkins fans won't make the trek to Darien to gather wrestling insight; they'll be there for Corgan's twist on alt-rock, weaving in elements of heavy metal, goth and more. English singer-songwriter Noel Gallagher, formerly of Oasis, is an exceptional – if quite different – opener.

Lockport Food Fest, 11 a.m. to 5 p.m. Sunday, Aug. 11 on Main and Pine streets in Lockport, as well as adjacent city lots. No cost to attend; food vendors take cash only, although there's an ATM-like mechanism on site.

Thankfully, there's now a fill in for the recently defunct Taste of Lockport. This new food fest has rolled out its participating restaurants, one by one, on its Facebook page, as well as the food items offered. Among the intriguing options are fried avocado with bleu cheese from Steak, Stone and Sushi; slab bacon skewers from Shamus; and spicy Thai mussels from Attitudes Bar & Grill. 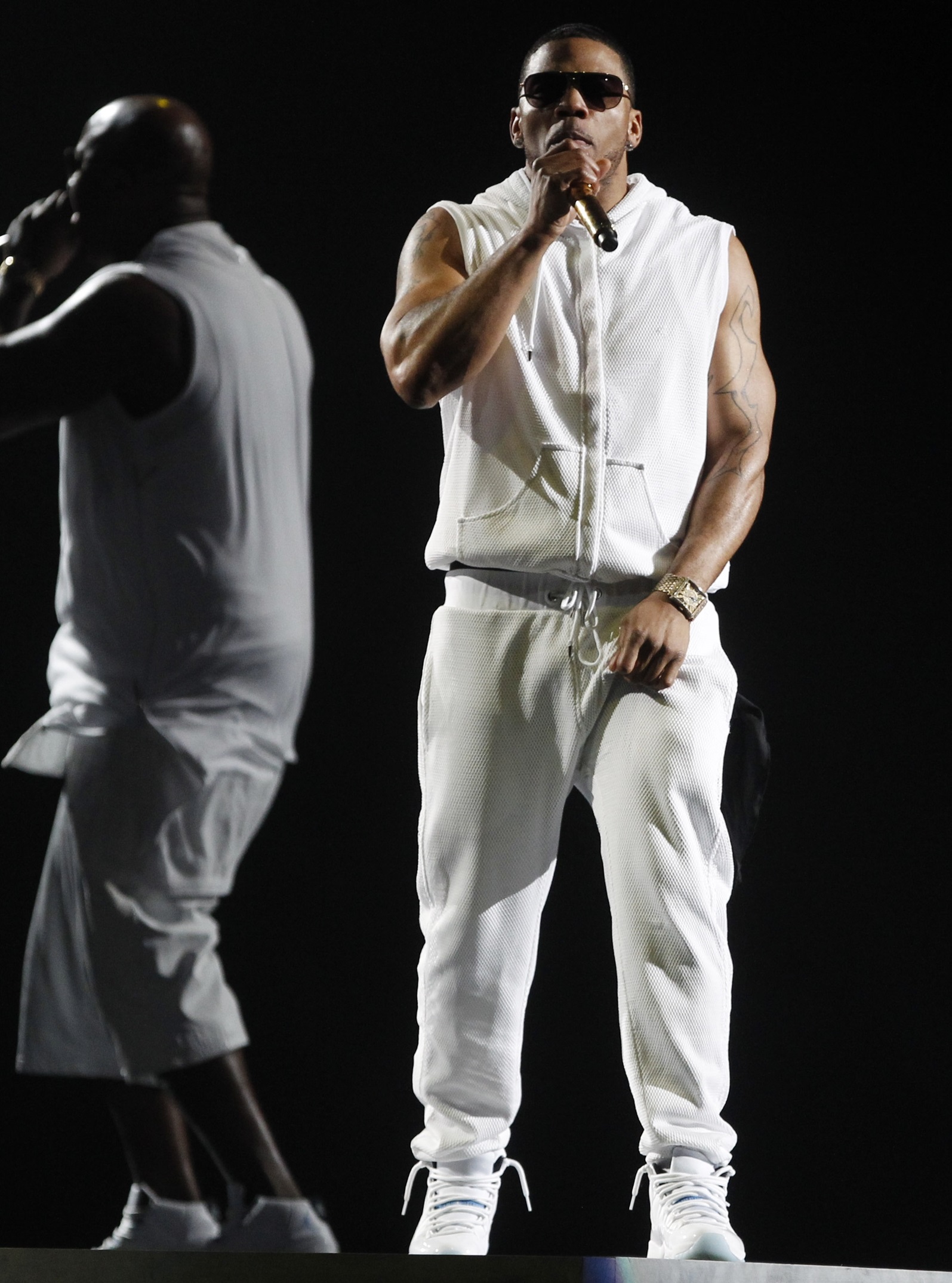 Nelly, right, performs on a bill with TLC and New Kids on the Block at the then-First Niagara Center in 2015. (Sharon Cantillon/News file photo)

In his prime, St. Louis rapper Nelly was a true hit-maker. The laundry list of memorable tracks – "Ride Wit Me," "Hot in Herre" and "Country Grammar," to name just a few – is tailor made for a terrific live show that hasn't lost its luster, no matter how many times he tours.

The review of Nelly's Atlanta gig late last month – which spotlighted the rapper's lively 75-minute set (as an opener!) and slew of guests – suggests the 44-year-old hasn't lost a step.

[Photos: Remember when Nelly opened for New Kids on the Block?! | Performance shots from that show]

It's exciting to see what Torn Space Theater concocts each year for its outdoor, site-specific summer performance. Theater director Dan Shanahan has a soft spot for the versatility and atmosphere of Silo City and, while past productions have featured the grain elevators, "Feast" is a slight departure.

Attendees will wind through nature-shrouded paths behind the parking lot into a clearing by an old cottonwood tree, as News contributor Melinda Miller describes in her preview.

"Feast" marks the first time there's been a collaboration with a restaurant, as Connecticut Street's the Black Sheep will serve courses before each act to those who purchase the top ticket tier. Everyone in attendance receives an edible flower!

Taste of Ellicottville, noon to 4 p.m. Saturday and Sunday, Aug. 10-11, in the Village of Ellicottville. No cost to attend. Food samples range from $1-$4 and are available in $1 increments.

For those living close to Buffalo, a day trip to Ellicottville – or even a weekend there – is a popular escapade, but it's difficult to experience all of the village's blossoming food-and-drink offerings in such a short window.

Through the Taste, the Ellicottville Chamber of Commerce introduces village dwellers and visitors to 22 local favorites such as Katy's Cafe, Dina's, Tim and Bonnie's and more. The Ellicottville Times put together a detailed preview for the Taste.

5 quick hitters for this weekend