The estate of an Amherst man who was offered contracts to play for the New York Giants and Pittsburgh Steelers has won an appeals court victory finding a local nursing home liable in his death.

In reversing a State Supreme Court justice’s decision denying the estate of Paul "Buck" Sutton Sr. a default judgment, Appellate Division justices unanimously agreed that Williamsville Suburban failed to provide “a meritorious defense” against allegations it was negligent in its care of the former fullback.

Later this month, attorneys for Sutton's family and the nursing home will meet with Justice Frederick J. Marshall to schedule a hearing to determine how much the nursing home must pay for injuries from multiple falls and extensive bedsores suffered by Sutton, who tried out for the Steelers in the mid-1940s but decided against a football career because of a recurring knee injury.

Before the 92-year-old Sutton died on Jan. 26, 2016, he had told family members he felt he was being treated like a “criminal” at the South Union Road nursing home, according to a grandson.

“For the nursing home to basically treat him in his words like a ‘criminal’ or a prisoner is unacceptable,” said Paul Sutton, who shares the same name as his grandfather. “The bed he was in was way too small for him with his legs hanging off as he was a very large man. The room he stayed in was filthy.”

Attorney Rebecca C. Cronauer, who represents the nursing home, said it is her client's belief that the evidence will show that Sutton was provided with good and adequate care. "We are surprised by the decision of the 4th Department given the public policy favoring resolving cases on the merits," she said.

The 220-bed facility is owned by Williamsville Suburban LLC, whose partners include members of the Zacher family, according to the U.S. Centers for Medicare and Medicaid Services. But it has been operated since 2012 under a purchase agreement by some downstate nursing home investors.

Attorney Scott R. Orndoff, who represents the Sutton family, said that while the Health Department did not list Paul Sutton as one of the affected residents in its investigations, it is obvious that inspectors were referring to Sutton because of references to a resident being placed in Hospice care and later dying.

“Williamsville Suburban was negligent at best and in violation of state and federal law by allowing Mr. Sutton to develop horrific bedsores and to fall with alarming frequency,” Orndoff said. 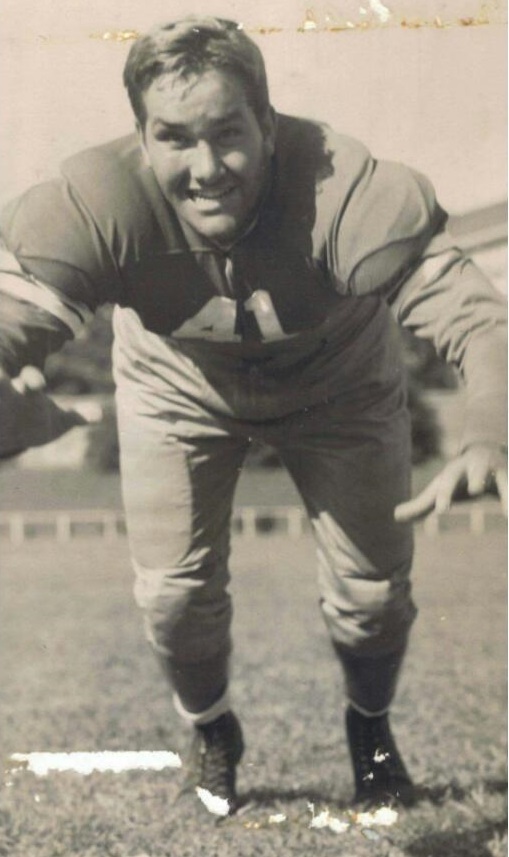 According to Sutton’s death certificate, his death was caused by acute respiratory failure, sepsis and a bacterial infection in the large intestines.

Orndoff said it is possible the case will be settled out of court. In cases where settlements are reached between nursing homes and plaintiffs, the amount of the money paid is often kept secret.

A strapping man, Sutton weighed 280 pounds and was 6-foot-5, his family said.

In May 1945, he was offered $275 a game to play for the Giants, according to a letter provided by his family from J.V. Mara, the team's president. The letter from Mara stated: “I am enclosing a contract in the amount of $275 per league game, which I am quite sure you will find to your liking because it is one of the highest contracts we have ever given to a first year man.”

Sutton had said he instead went to training camp for the Steelers, but called it quits when they refused to provide him with a brace for his knee.

"I kept asking about the brace. I was there about three weeks. My knee was flying out when I got hit and I was dizzy. I kept asking for the brace. They said it was on the way. I gave them another week and it still didn't come, so I went back to work in Buffalo," Sutton had told the Herald-Standard newspaper in Uniontown, Pa., in a story published in June 2014.

Several months after that interview, Sutton was physically unable to live on his own in Amherst and entered Williamsville Suburban.

He had worked as a conductor for the New York Central Railroad, raised a family with his late wife Virginia and coached youth baseball for decades, according to an obituary in The Buffalo News.

In speaking for the family, grandson Paul Sutton said:

“Families try to make a decision to place their loved ones in a facility that would treat their patients with the respect and dignity they deserve. In the end the mistreatment and poor care and filthy conditions caused this great man to get sick and perish as a result. I hope this does not ever happen to anyone else as his condition prior to passing was painful.”