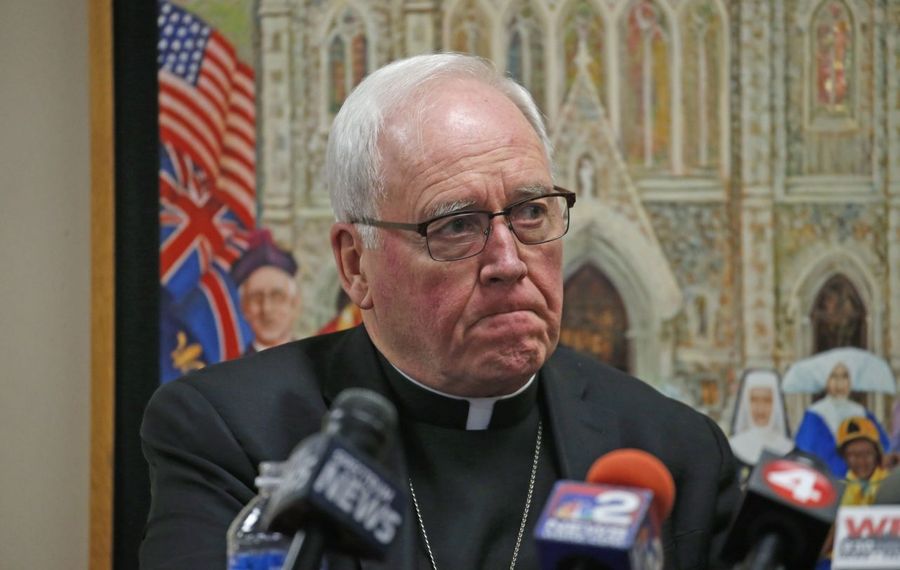 The New York State Child Victims Act goes into effect this month, opening the door for victims of child sex abuse to file lawsuits against those responsible for their pain. The Catholic Church, including the Buffalo Diocese, will be one of the prominent institutions forced to reckon with crimes committed in its past.

At a time of such vulnerability, the diocese is fortunate to have the counsel and support of the Movement to Restore Trust, the group of local Catholic laity that recently issued its report proposing reforms for the diocese.

The report is full of tough-love recommendations for Bishop Richard J. Malone, the diocese and the church. There is evidence that the chancery is listening, but winning back the trust of the Catholic faithful will be a long, uphill climb.

John J. Hurley, the president of Canisius College, and Carl J. Montante Sr., of Uniland Development, were instrumental in forming the Movement to Restore Trust in late 2018. They joined a group of seven other committed Catholics who wanted to find a way to help the diocese regain the confidence of churchgoers.

Things began to unravel in February 2018 when a retired priest, the Rev. Norbert F. Orsolits, admitted to The News that he had molested “probably dozens” of boys decades earlier. Numerous other cases emerged as victims stepped forward, plunging the Buffalo Diocese and the church in general into a spiritual, financial and public relations crisis.

The group’s report goes way beyond crisis management. The 68-page document, the outgrowth of four months of meetings by six different working groups with about 150 total members, contains some recommendations one would expect – about the need for more transparency and accountability by Bishop Malone and the church hierarchy – but also some more innovative suggestions, such as giving the laity in general, and women in particular, more of a role in church operations.

The panel presented its findings to the bishop in the spring and the diocese has adopted many of its recommendations.

In a meeting with Buffalo News editors, Hurley said he thought the most important step Malone took after input from the group was having the diocese engage the Leadership Roundtable, a national organization of laity, religious and clergy working together to promote best practices in the management of the Catholic Church.

Another key recommendation: Making the diocesan review board more independent. The board advises the bishop on sex abuse cases and on whether clergy should remain in ministry after a sex abuse claim is made. Diocesan lawyers and staff had taken part in board deliberations, harming the board’s independence.

The board was reconstituted as the Independent Diocesan Review Board, and is collaborating with the Movement on making other changes.

At the group’s recommendation, the bishop has been conducting a listening tour throughout the parishes, and the diocese formed a “joint implementation team,” bringing together representatives from the Movement and the diocese to implement changes.

The Movement to Restore Trust’s founders are committed Catholics who did not have to volunteer their time for such an undertaking. It’s up to the diocese to embrace the suggested reforms if it hopes to bring more Catholics back into the fold.

“The church does an enormous amount of good, in the community and in the world,” Hurley said. “And to see it be destroyed would be terrible.”