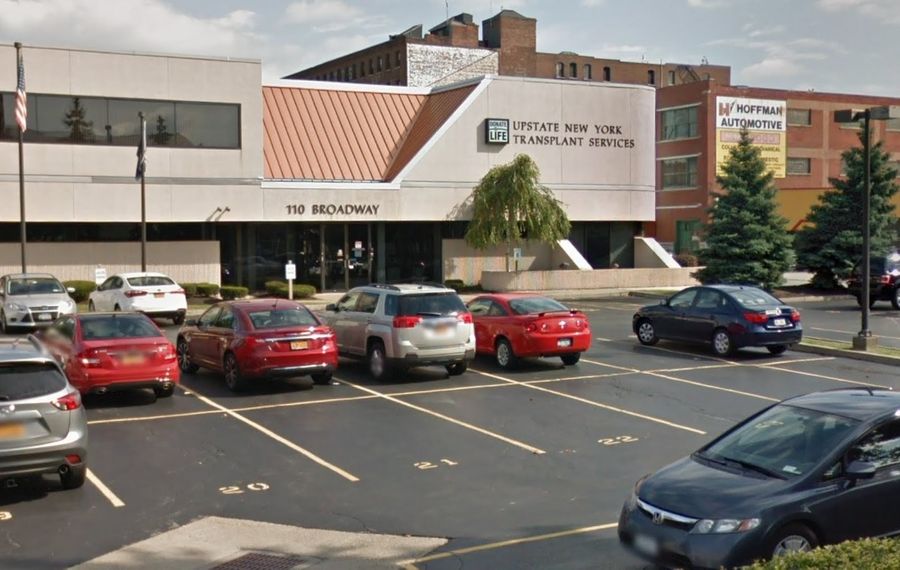 The prominent former downtown Buffalo headquarters for UNYTS has been acquired by Carl and William Paladino's Ellicott Development Co. for $3 million, giving the developer a major new footprint in the city's core.

UNYTS - formerly Upstate New York Transplant Services - sold the one-acre property at 110 Broadway to an affiliate of Ellicott. The nonprofit agency moved last year to new space in Clarence, giving up its longtime home and another 15,000-square-foot leased building at 90 Curtwright Drive in Amherst to consolidate to a single facility.

Located between Oak and Elm streets, the downtown property includes a 51,552-square-foot office building constructed in 1984. The two-story building has 48 parking spaces.

Ellicott Chairman Carl Paladino said the developer does not yet have any final plans for the property.

Founded in 1981, UNYTS is one of just a handful of organizations that includes organ, tissue and eye procurement in one place. The agency relocated to 4444 Bryant and Stratton Way, near Main Street and Transit Road behind Eastern Hills Mall, after purchasing the former Autism Services facility on a 4.7-acre property that used to be a satellite college campus.

UNYTS paid $1.6 million for the property, and then invested another $2.5 million to expand and rehab the building for its own use. That included construction of a 15,700-square-foot warehouse and office addition, in part to house its mobile blood-collection trucks and buses.