Some players simply have a knack for excelling in clutch situations. One week after Troy Brady doomed Beast City SC in the Tehel Cup semifinals, the Queenston FC forward reserved a special encore for the final.

Brady's stoppage-time goal lifted Queenston FC to a 2-1 win over Celtic United on Thursday at Nichols School. It was the second time Queenston has hoisted the trophy in the last six years, the first since the 2014 triumph over Yemen Elite at the same venue.

"It was so exciting at the end because we scored so late, which made it even more of a thriller of a game," reacted Brady. "It was back and forth I thought, a pretty enjoyable Tehel Cup [final]."

Knotted at one since Celtic United's Matt Burke equalized late in the first half, Queenston took command in the match's final 25 minutes, with Brady, Trey Buscaglia and Jake Westadt all coming close to solving Celtic United goalkeeper Nick Augustyn. But a special moment was needed for Queenston to break down a stout defense.

[Look back at the action through @BN_Soccer's live tweets] 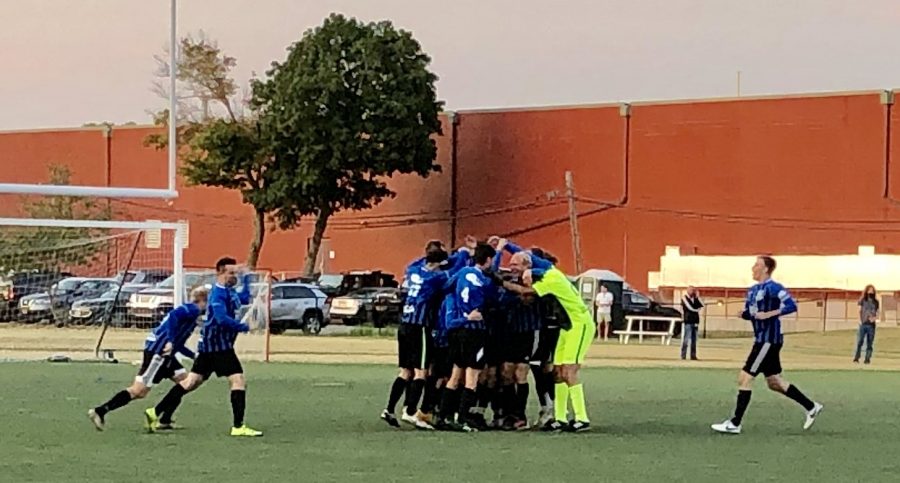 With the clock ticking past 90, dynamic midfielder Jared Burns received a short pass from left back Moe Kassem close to midfield, then accelerated after juking the first defender, causing the defense to lose its shape.

"I saw my space so I went ahead and took it, then I thought I took too big of a touch, but I was able to poke it [by]," explained Burns, who plays at Keuka College. "I saw Troy in there, and I had to put my hands in the air because I knew it was in the back of the net."

Brady, who was called offside twice in the second half, was more patient in choosing his movement off Burns' foray forward.

"I saw [Burns] driving, and I was holding my run off the center back, and I knew he had more space, more space so he kept driving because he's so good at dribbling inside," Brady said. "I kept waiting and finally timed one of my runs perfectly; he played a perfect ball in and all I had to do was tap it in." 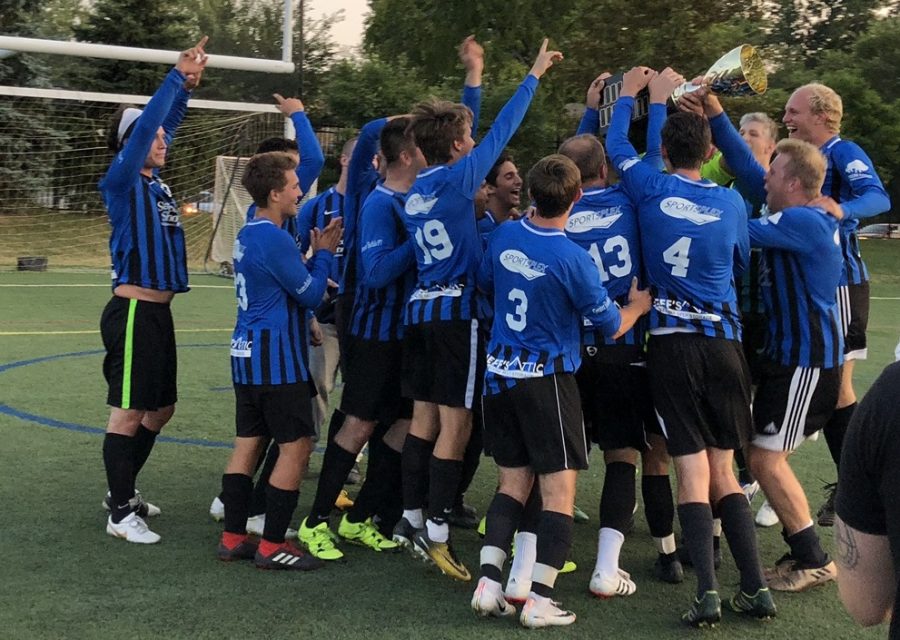 Queenston manager/goalkeeper John Netter, who was part of the cup-winning team in 2014 and the side that fell to FC Yemen in the championship game the following years, credited his roster's balance, specifically the loyalty of the veterans and the selflessness of the younger crop.

"It's been [six] years, and we still have seven or eight guys that were on the team then. They're our core guys, we've stuck with them," he explained.

"They still contribute, they still come out there and grind, but we have new guys that we add - they're good guys, they don't complain if they play two minutes or 10 minutes. It's great to have kids who have talent but don't bring any extracurricular stuff to the table."

One of those kids is Jake Westadt, a Global Premier Soccer product who just wrapped up his high school career at Lewiston-Porter. His searing 25th-minute strike - likely the prettiest goal of the tournament - put Queenston on the front foot.

"I slipped in behind the back line, Trey Buscaglia found me on a great ball - I had a couple defenders in my way, but I caught a glimpse of the goal and just went for it and let it rip," described Westadt, Queenston's most consistently dangerous attacker throughout Thursday's final. "I was fortunate enough to hit the top left corner."

"When you hit a banger like that, it's hard to contain yourself," he added.

The meaning of Queenston's Tehel Cup victory wasn't lost on Westadt, in just his second year with the Niagara County squad. 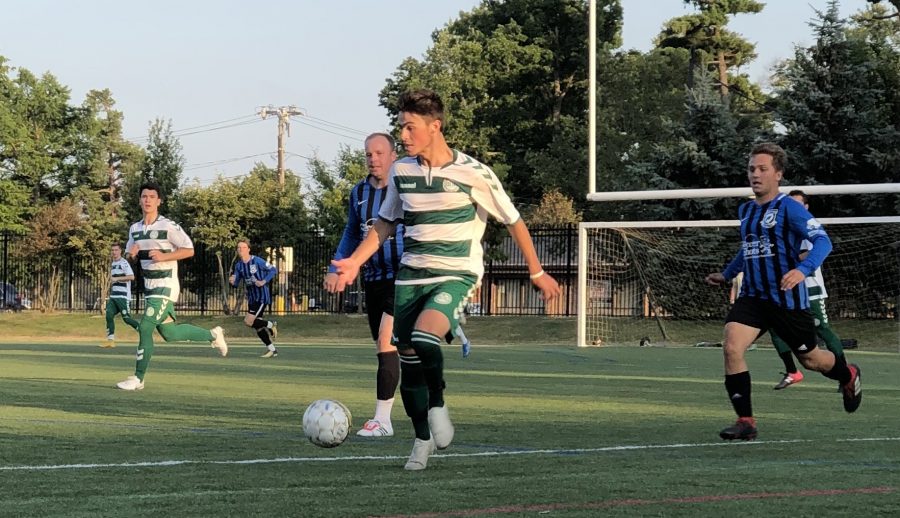 "Queenston is rich in history in the Tehel Cup and it means a lot to be a part of it, to bring it back home where it belongs," he said. "I'm happy for the boys - you can see it means a lot to them, just look at the smile on Netter's face."

"We just go out there and grind, and play for each other," he explained. "That's what we've been doing the last six years."

*Note: By winning the Tehel Cup, Queenston FC has earned the right to participate in the Werner Fricker Cup, a U.S. Amateur Soccer Association (USASA) tournament that runs each spring and summer.