CANTON, Ohio — The story of Jim and Jill Kelly has been told in documentaries, on book pages and through various other forms of media.

Now, there are plans for a major motion picture.

The project, as yet untitled, is in development, the Kellys told The Buffalo News on Thursday while here for this weekend's Pro Football Hall of Fame inductions. They have formed a 50-50 partnership with the Hall, to which the former Buffalo Bills quarterback was inducted in 2002, to put together the movie with the hope of releasing it within the next two years.

The Kellys and Hall president David Baker describe the movie as "faith-based," depicting how the family's strong Christian beliefs allowed it to overcome challenges.

"I'm excited for it from the standpoint of being able to hopefully make a difference for other people," Jim said.

“We are honored to work with Jim and Jill to tell their incredible life story and their journey of faith," Baker said. "We have known the Kellys for many years in support of their efforts to tell their life story with integrity. We have prayed with them that they would be comfortable with their decision, and were honored to be part of this movie."

Kelly and his wife have spent the past month meeting with a screenwriter, who also has met with their daughters, Erin and Camryn, and other family members and close friends. A script is expected to be completed within a few months.

The film is expected to address the Bills' four consecutive Super Bowl losses; the Kellys' son, Hunter, being born with a fatal genetic disorder and eventually dying; the struggles in the couple's marriage because of Jim's choices; and Jim's battle with cancer. However, plenty of new ground is expected to be covered.

"It's interesting," Jill said. "You think you've shared it all, but this is totally different. Even in the process where we are right now, so much that we've never shared before is literally being birthed. It's just a broader audience to share our greater hope with people. 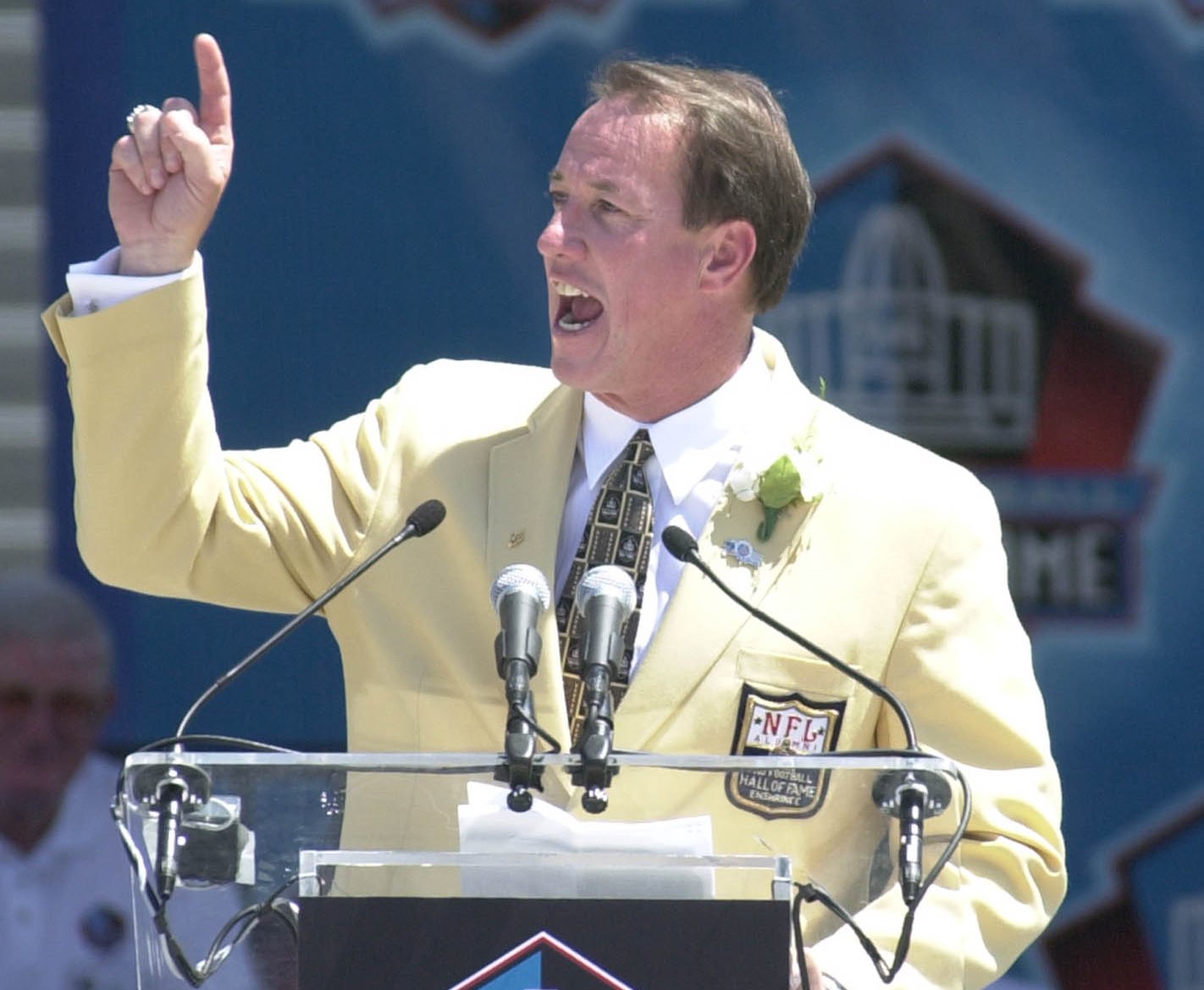 Jim Kelly at his 2002 induction ceremony at the Pro Football Hall of Fame in Canton, Ohio. (James P. McCoy/Buffalo News)

She said she and the staff at Hunter's Hope Foundation had "prayed" for such a movie to be done for more than a decade, and that the Kellys had been approached "a few times" with pitches.

"Some people flew in (to Buffalo) and we went to dinner with them and talked to them about this idea and opportunity, but it just was never really the right fit," Jill said.

Then, along came the Hall of Fame. Baker, whom Jill said the Kellys "trust and love as a man and as a friend," proposed a concept similar to a 2018 faith-oriented film called "I Can Only Imagine," that starred Dennis Quaid and chronicles the story behind the popular MercyMe song. The film was completed with a modest budget of $7.5 million and generated more than 10 times that amount at the box office.

"I want people to walk away from this movie with a 'Wow!' and I want it to be a game-changer for people's lives," Jim said.

One of the major turning points for the former quarterback — and something that is planned to be part of the movie script — came on Aug. 5, 2005, when Hunter died at the age of 8. While visiting Jill's parents in her hometown of Attica, Hunter stopped breathing and his grandparents rushed him to the hospital. Jill hurriedly left the Kellys' home in Orchard Park on her own to meet them there.

Jim had heard Jill tell her parents to transport their son to Children's Hospital in Buffalo, so in a separate car, he took off for there. However, when Jim arrived, he discovered Hunter had not been admitted to Children's. As soon as Jim found out his son was at Warsaw Hospital, near Attica, he sped off in that direction. When a police officer, aware Kelly was trying to see his son, recognized Kelly, he gave him an escort.

"As soon as I'm walking through the doors, I looked and I could see there were a couple of doctors," Jim said. "They said, 'We're sorry. Your son is gone.' And that was a moment of pure madness. I was totally mad at God. All these negative things had happened, and I said, 'You send my son to heaven and you told me to go to the wrong hospital?' So I cleared everybody out of the room, and the best conversation I had with my son was me and him and his room when he already passed away. That's a part of the movie that's going to be pretty impactful."

So, too, is Jim's cancer fight.

"When I was in the hospital last year (for a 12-hour surgery to reconstruct his jaw after a second recurrence of cancer)," he said, "I had a tracheotomy and I told my brother, Danny, 'I'd rather be dead right now, because I can't breathe.' They kept telling me, 'Oh, your vitals are fine.' I said, 'I don't give a (bleep) about my vitals. I can't breathe!'"

This isn't Kelly's first involvement in a movie. He made a cameo appearance in the 1991 football comedy, "Necessary Roughness." He and several other NFL players portrayed prisoners. Kelly said their scene required one day of filming, which doesn't compare to the commitment he and his wife are making to the current project.

"This is going to take a lot of our time," Jim said. "But it's mine and Jill's life story."

"We want to make sure the story told authentically," said Jill. "And that people's lives are impacted."