A little more than three years ago, Rock Burger was born in an unusual spot - the rear of Players Lounge, a no-frills bar at 328 Niagara St. in Niagara Falls. Owner Jason Lizardo's juicy, decadent stuffed burgers made waves on social media and spurred success out of the small, unorthodox room, paving the way for him to open a second location earlier this year near the Fashion Outlets.

The original Rock Burger, though, was off the beaten path in Niagara Falls. It was more of a destination enticed by social media than one stumbled upon by passing tourists.

This lack of exposure prompted Lizardo's newest plan: Rock Burger will close at Players in early-to mid September and move to 360 Rainbow Blvd., Niagara Falls, formerly the Parkside Cafe. It's on the Prospect Street side of One Niagara Welcome Center, near the parking lot for the Maid of the Mist and the Hard Rock Cafe. Lizardo said he intends to have the seasonal restaurant open by spring 2020, while the Fashion Outlets location will remain in business.

"I want 3,000 people a day to walk by me and tell me this is the best burger they've ever had," Lizardo said, referring to the daily portion of tourists from the 11 million that check out Niagara Falls each summer.

[Read: Doritos, cheesecake in burgers - a look into Rock Burger]

Almost the entire restaurant will be outside, Lizardo explained, with an awning-covered, wrap-around patio with a bar on one side and a kitchen (prep and grill) and dining area on the other. Most of Rock Burger's storage will be inside.

Limited storage space means a smaller menu, which will focus on smaller versions of Rock Burger's fleet of creative, at times excessive options, as well as some of the full-size classics and a create-your-own option. 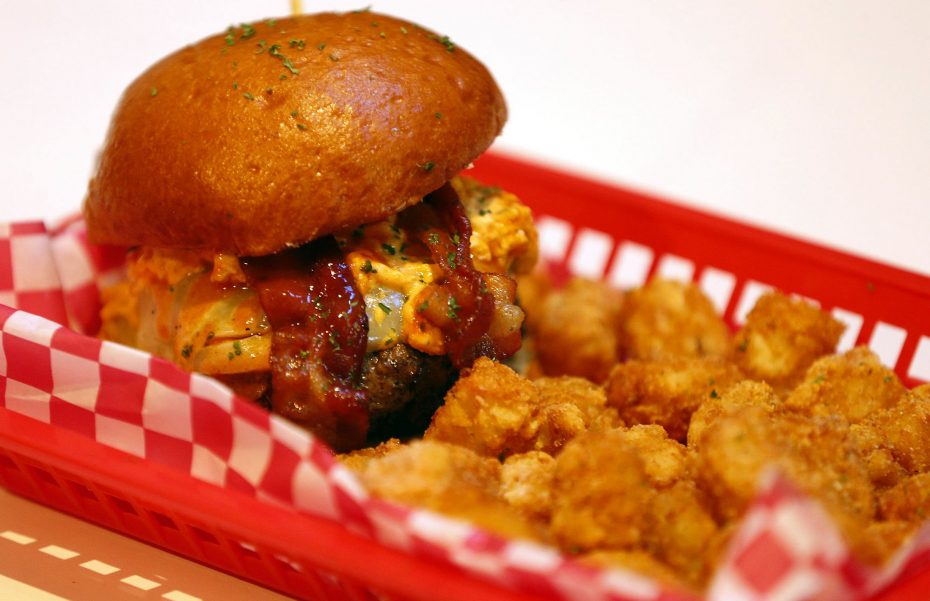 Lizardo expects the popular Rock Rolls - essentially burger ingredients inside a deep-fried, egg-roll-esque exterior - to shine. The current menu for the second location can be found here.

Live music and karaoke, two entertainment features prevented by the space in Players, will be highlighted at the new Rock Burger, which Lizardo hopes to keep open eight or nine months of the year.

While he admitted that closing the Players location will be "kind of sad," especially since it allowed him to expand into a second spot, the neighborhood surrounding the bar was not conducive to outside eating. Three people were shot outside Players in June, and more recent issues caused Lizardo to close the patio to his customers.