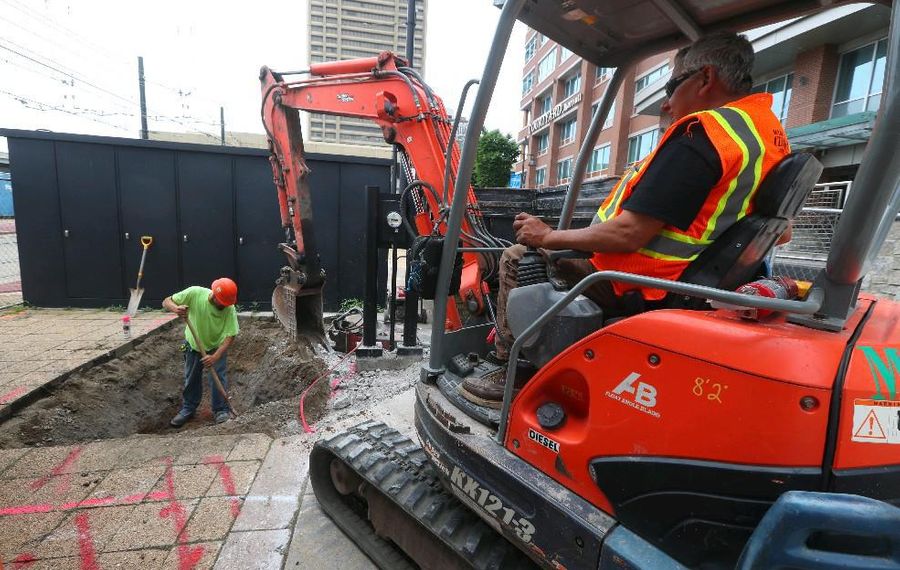 Workers are installing the new track bed in the southeast portion of lower Main Street and preparing to put in the new rails as part of the effort to restore car traffic to the key downtown artery.

Debra Chernoff, manager of planning for Buffalo Place, said the new rails were delivered to the site at Main and Scott streets and are "ready to go in when they're done leveling the track bed panels."

Workers will start installing new curbs and planter walls within two weeks. And the relocation of utilities from the construction site, particularly the eastern area at Scott and Washington streets that will become part of a new Benderson Development Co. project, is still underway, she said.

But the critical crossover track must still be built and tested, as part of the separate DL&W station project further down, so the old crossover next to Harborcenter can't be removed yet, Chernoff said.

The crossover track is used whenever a train has to turn around. "This is used every trip," she said.

Its location impacts the nearby buildings, particularly the Buffalo Marriott Harborcenter. "It makes a lot of noise," said Buffalo Place Chairman Keith Belanger. That's why shifting it to the DL&W "makes a lot of sense," he added.

Work at the southeast quadrant should finish by the end of the summer, at which point crews will move to the southwest quadrant, she added.