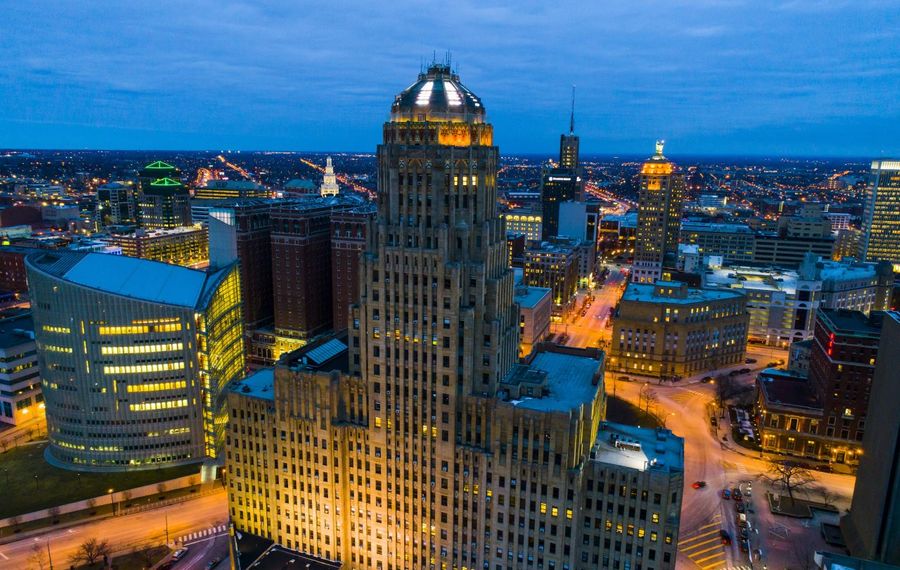 How’s this for an about-face? A group from a fast-growing Sun Belt city have come to Buffalo to see what’s happening here to revive downtown.

For years, it was Buffalo officials who were trekking across the country in search of initiatives that succeeded elsewhere that could be tried here.

But now, it’s a group from Jacksonville, Fla., who have flown to Buffalo to see if any of the things that have been done here to breathe new life into downtown could be duplicated in their city.

“There’s lots of change here in Buffalo from what we hear. It’s in a period of growth,” said Leah Goodwyne, director of communications for JAX Chamber, the Jacksonville chamber of commerce. “There are definitely parallels between Buffalo and Jacksonville, so we wanted to come and take a look at those.”

Jacksonville, for instance, wants more people living downtown. Buffalo’s downtown population, now about the same size as Jacksonville’s at a little more than 5,000, grew by almost 15% from 2012 to 2017.

To do that, Jacksonville wants more apartments in its downtown area, something that is slowly happening in Buffalo with the recent flurry of projects to turn older buildings into residential properties.

Jacksonville, on Florida’s East Coast, wants to rev up its waterfront, much as Buffalo has done with Canalside.

Jacksonville wants to build its health care and medical sector, just as Buffalo has done on the Buffalo Niagara Medical Campus.

And like Buffalo, Jacksonville is trying to make changes to its school system.

“Item after item sounded like things we’ve dealt with in Buffalo over the last 20 years,” said Brian Wolfburg, a Buffalo native who coordinated the trip to Buffalo. “It’s a very similar city, with a similar feel and a ton of potential.”

But not everything. Jacksonville’s economy is much stronger than Buffalo’s, growing almost four times faster from 2014 to 2017.

These trips are nothing new for the Jacksonville group. The Jacksonville chamber has organized trips for the last six years to allow the city’s business and civic leaders to take a look at what’s happening in other cities that are grappling with the same type of issues.

Wolfburg, who now runs a $9 billion asset credit union in Jacksonville after working for HSBC Bank USA and then KeyBank here, is the linchpin that brought the trip together.

“Brian has watched the revitalization happen, and was able to push Buffalo, because he believes in the mission, and has respect for the city that made him what he is,” Hurlbert said.

“There’s a lot about Buffalo that I’ve always loved,” said Wolfburg, whose father, Buffalo attorney Frederick Wolf, and brothers still live in the area. “It’s an amazing city. It’s a hidden gem. That was the connection I saw to Jacksonville ... because it is a quieter, mid-sized city that is extremely livable. If you have a job in a city like Buffalo or Jacksonville, you can have an amazing life.”

Buffalo officials are thrilled to have the chance to show off what’s happening here. They’re pulling out the stops for a group of 37 representatives from various Jacksonville organizations involved with tourism, downtown improvement, cultural and economic development, as well as attorneys and the University of North Florida’s president.

The Jacksonville group is touring the city and meeting with a range of government officials, developers and business and nonprofit leaders through Friday.

The group is taking a double-decker bus tour, a Buffalo River history tour, and a walking tour of downtown Buffalo with Buffalo Place Executive Director Michael Schmand. They’re stopping at sites that include the Hotel @ The Lafayette, Electric Tower, the Market Arcade Building and One M&T Plaza.

“It was a little bit of a harder sell at first, but most people are excited when we talk about the nuts and bolts,” said Alanna Hurlbert, manager of events for the JAX Chamber. “They’re super excited about the agenda and to hear the best practices that have been working for you guys. We want to learn all that we can.”

Hurlbert arrived Monday and has already hit the Theatre District, Anchor Bar and other attractions.

“The people have been so friendly and helpful,” she said. “I have total Jacksonville vibes. I see the parallel between the two cities. What you all have going and the work you’re doing is great.”