“When you hear those thirsty voices calling, be prepared, Mom!” reads a 1970 ad for Mesmer’s Dairy Stores. “Give kids a drink that’s delicious, nutritious and will save you money.”

Well, two out of three ain’t bad if you’re talking about the Mesmer’s drink that every kid remembers: Orange Zing.

Just like the lesser-remembered Grape Zang, Zing was basically artificially flavored sugar water and was one of the top sellers at Mesmer’s Dairy Stores 30 locations, alongside Mesmer milk, eggs, ice cream and other dairy products and small grocery essentials.

The stores were most densely located in Tonawanda, Kenmore and North Buffalo. Aside from an almost universal love of Zing, Mesmer’s was such a part of growing up in those areas in the 1960s and '70s that part of a Mesmer’s Dairy Store sign played a role in a Kenmore East High School senior prank.

At the hands of late 1970s 12th graders, several Ken-Ton landmarks wound up on the campus at Ken-East High. A 20-foot-tall fiberglass statue of a Native American man from Fun-N-Games park on Colvin Avenue made its way to the school’s front lawn one spring morning in 1977. Not to be outdone, a later class hoisted a life-size cow statue from a Mesmer storefront onto the school’s roof. 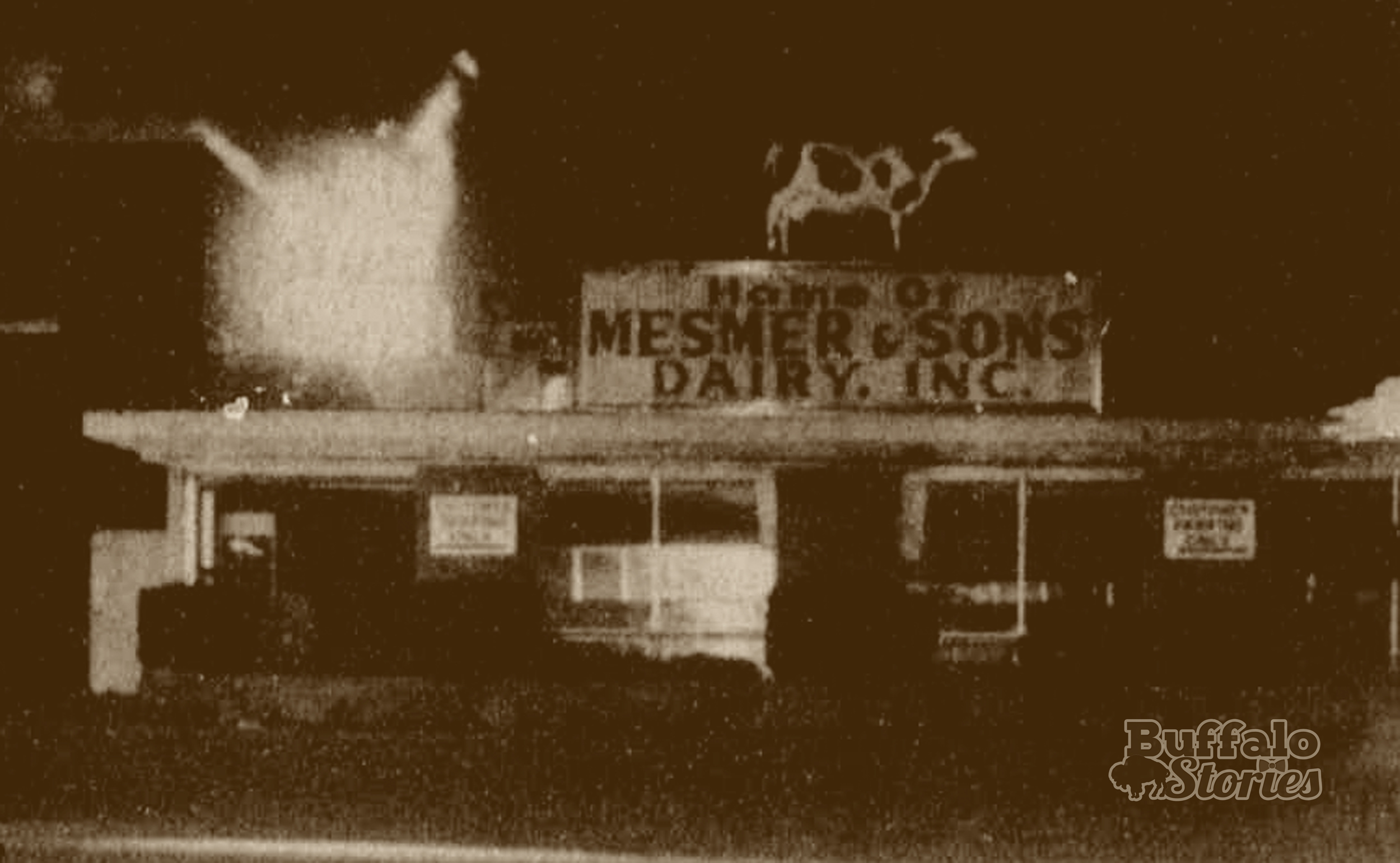 The chain of stores was started by John L. Mesmer in 1940, after he completed a stint as Grand Island supervisor. Mesmer & Sons Dairy was incorporated in 1957.

By the time the elder Mesmer died in 1975, Mesmer’s was the largest independent dairy firm in the state outside New York City.

For many years, Bells Markets was one of Mesmer’s largest clients. When the grocery chain started carrying milk from Meadow Brook Farms in Erie, Pa., in 1988, production was cut in half at Mesmer’s Love Road, Grand Island plant.

Through the late '80s and early '90s, a series of fires spelled the final end for the Mesmer & Son Dairy building at 1815 Love Road on Grand Island.

The building was demolished in 1994, but the taste of Zing on the lips of a generation of Buffalonians still lingers.