A humid summer with plenty of 90-degree days can leave you craving frozen treats. There’s a new trend, for adults, allowing you to mix the nostalgia of your childhood with an adult beverage. Here are just a few spots where you can find some of these boozy summer treats:

The relatively new development on Chandler Street has arcade games, plenty of open air patio space, art all over the inside walls of the industrial building paying tribute to their beers, and an open kitchen for cooking delicious wood-fired pizzas.

If that didn’t entice you enough, there are boozy popsicles available. Current flavors include Mango Pineapple Lemonade and Mixed Berry Lemonade, both mixed with vodka. Flavors are subject to change.

Lucky Day takes milkshakes to the next level. The bar's boozy milkshakes are available in three flavors: Grasshopper, Mexican Chocolate and Honey Coconut.

The dairy-free option, the Honey Coconut milkshake, is made with coconut sorbet, elderflower liqueur, burnt honey syrup and spiced rum with a dollop of coconut whipped cream and a sprinkle of coconut flake, blending tropical summer flavors. 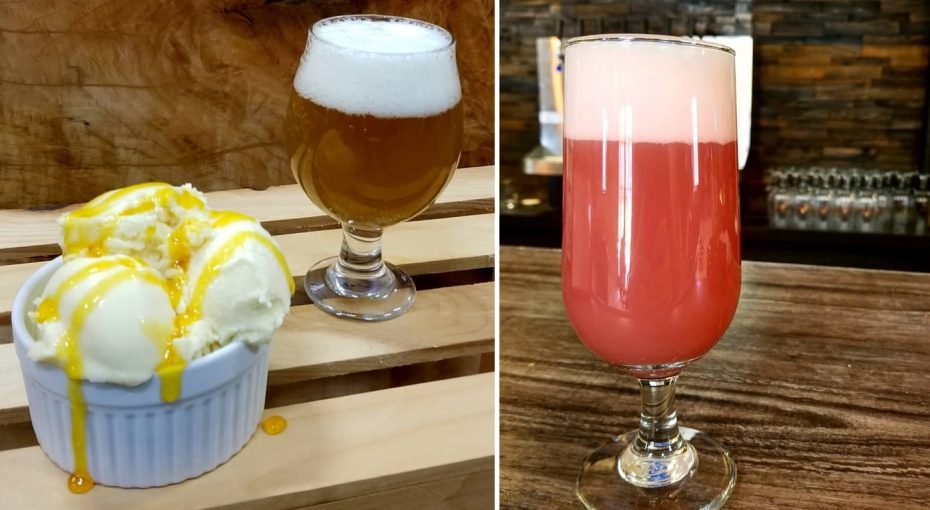 Cold summer treats offered from In the Mix have included the Swurl IPA beer frozen custard, left, the Swurl IPA and the blackberry wheat. (Photo courtesy of In The Mix)

In the Mix Brewing & Creamery

When In The Mix Brewing and Creamery decided to create New York's first beer frozen custard, it put them on the map. The delicious homemade frozen treats combine craft beer and custard like Summer Porter ($6) with vanilla custard mixed with Barker Porter and activated charcoal for color and smokiness, and the Black Cherry Frozen Custard ($6) with a Blackberry Wheat Beer, blueberries and black cherries.

There are even a few wine options like the Apple Pie Custard made with pieces of apple, Torta di Mele wine and graham pie crust pieces. Cocktail options include the Margarita Sherbet ($6) with Bacardi, cream and margarita sour.