Julia Child said, “With enough butter, anything is good.” I see cheese the same way. Which is why I had high expectations walking into the Cheesy Chick Cafe. How could a place built around that most glorious of foods — cheese — be anything but excellent?

The Cheesy Chick built a following since 2013 as a food truck, bringing cheesy goodness to locations around the area. Last month, it opened a brick-and-mortar spot — the Cheesy Chick Cafe — at 5385 Main St. in the Village of Williamsville in the space Apple Wood Cafe & Catering formerly occupied.

I checked it out for lunch on a weekday, my nearly 1-year-old in tow. I waited a minute, unsure whether it was seat-yourself or wait for a server. After catching the eye of an employee, and receiving no acknowledgment, I realized it was seat-yourself.

I settled in at one of the tables, waiting for others in my party to arrive. 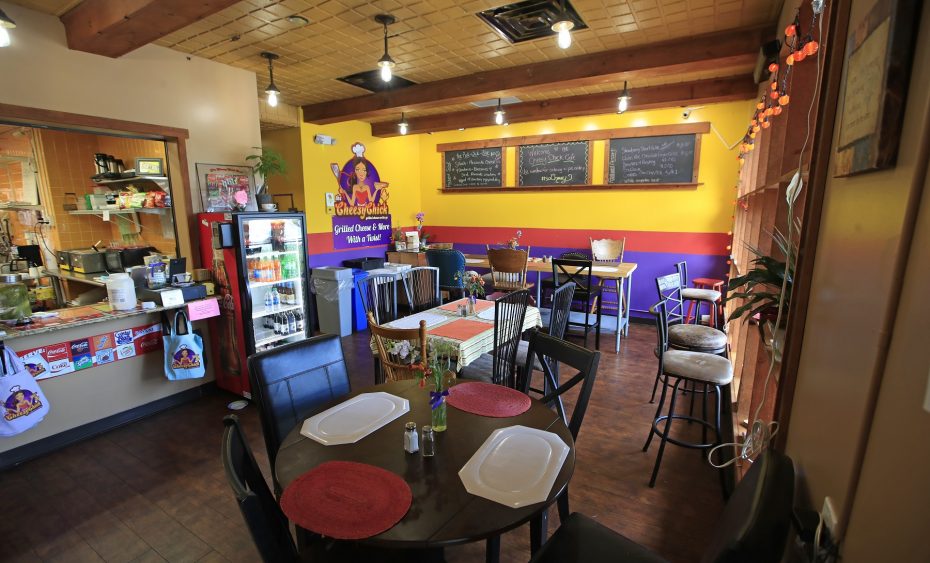 The interior of the Cheesy Chick Cafe in Williamsville is modeled closely after the food truck. (Harry Scull Jr./Buffalo News)

There have been a few adaptations to dining out post-baby. The first is locating a high chair. None in sight, the duration of the meal descended into half eating, half alligator wrestling, all struggle. Fortunately, everyone took turns with the wrangling. It appears the Cheesy Chick caters mostly to the working crowd, however it’s a baseline courtesy to at least keep one highchair on premise.

I eventually got a menu at the counter. A sign up front indicating “Seat Yourself,” and another indicating “Order Here” would be simple, helpful adjustments.

We also ordered macaroni and cheese with bacon ($8), tomato soup ($5) and a bacon turkey wrap ($9). The grilled cheese was a semi-satisfying rendition, lots of gooey cheese between two well-buttered pieces of thick cut bread. The bread, however was cooked a tad too dark, leaving a slight bitter taste. I found it underwhelming.

The mac and cheese arrived in a decent portion size, with crumbled bacon on top. The noodles were not cold but not hot. They occupied a warmish middle ground, leaving me reminiscing on dining experiences where a bubbling, cheesy cauldron, clearly straight from the stove, arrives. That, sadly, was not to be. It could have used some punch, too, perhaps with pepper jack cheese or red pepper flakes. It fell flat.

The wrap was tasty, and the tomato soup received compliments from all. 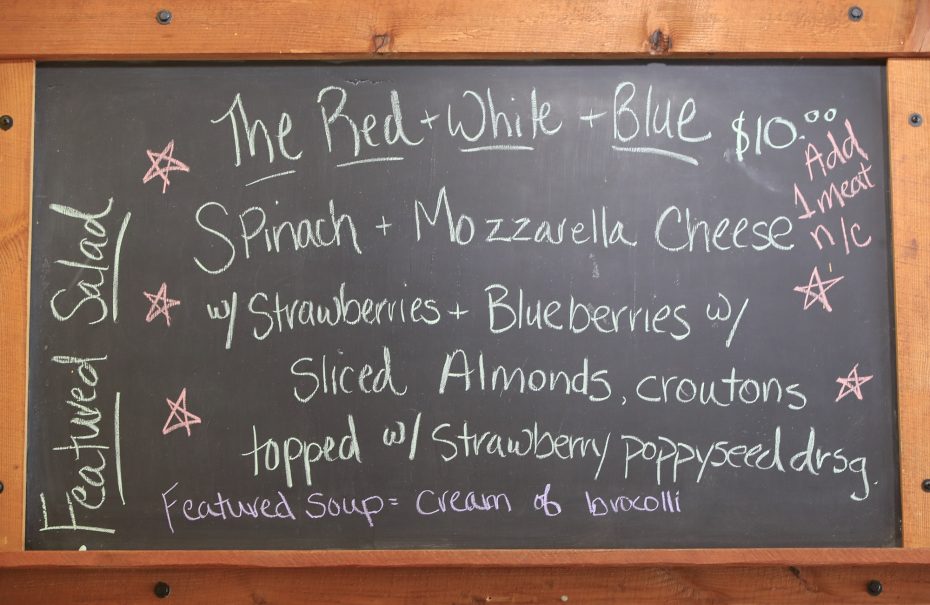 Specials are handwritten on a chalkboard at the Cheesy Chick. (Harry Scull Jr./Buffalo News)

The interior of the Cheesy Chick is small but bright, painted in the same cheerful colors as the food truck. It also offers all-day breakfast ($3 to $8), along with a salad ($7) and desserts ($5 to $7). The grilled cheese versions include Buffalo, Philly, pizza and pesto (all $8), and the mac and cheese includes similar variations ($7 to $10).

This location, with all the passing traffic, is ripe for success. It has a few kinks to work out, but it has the makings for a cute spot to grab a bite.

After all, cheese, like butter, has everything going for it.

Gluten-free options: Yes, bread, and, on the day we were there, gluten-free chocolate cake. Vegan and lactose-free items also are available. 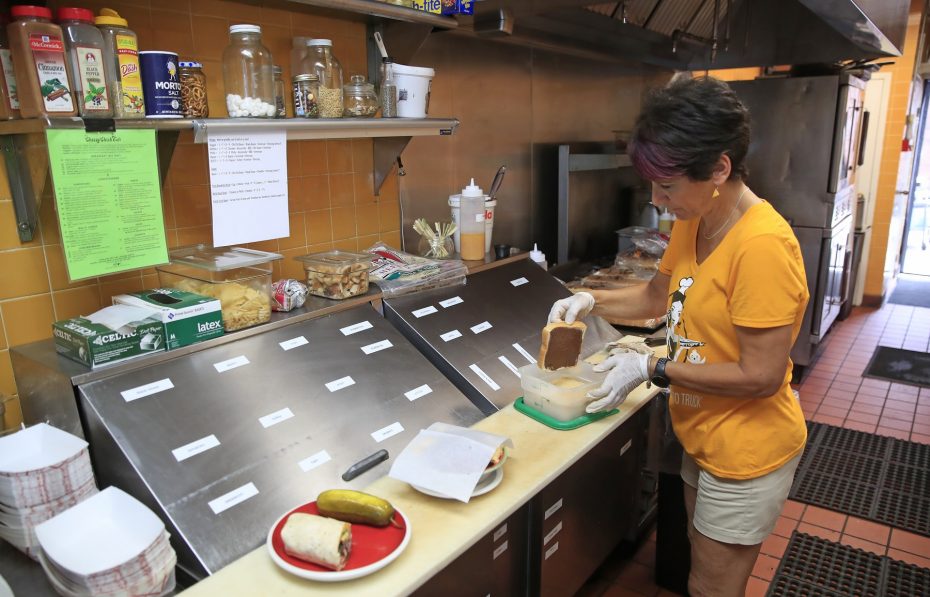