When the Western New York Movie Expo and Memorabilia Show returns to Buffalo on Aug. 1 for the fourth consecutive year to celebrate classic movies, television and radio, Jeff Rapsis will be among those watching the films.

The difference is that Rapsis will be creating a musical score on the spot as he accompanies silent movies and shorts.

The New Hampshire-based musician and composer is a nationally known silent movie accompanist who has a unique musical composition style. Instead of preparing and composing the music beforehand, he improvises each score.

It’s a technique he learned works best for him since the first time he performed with a silent movie. It was about 15 years ago and the movie was the 1925 version of "The Phantom of the Opera." Rapsis wasn't able to prepare as he thought he would and unexpectedly had to improvise the score at the screening.

"I saw pretty quickly it was quite preferable to be there with a film and be in an improvisational basis and play what was right at that time instead of planning in advance," he said during a recent telephone interview. 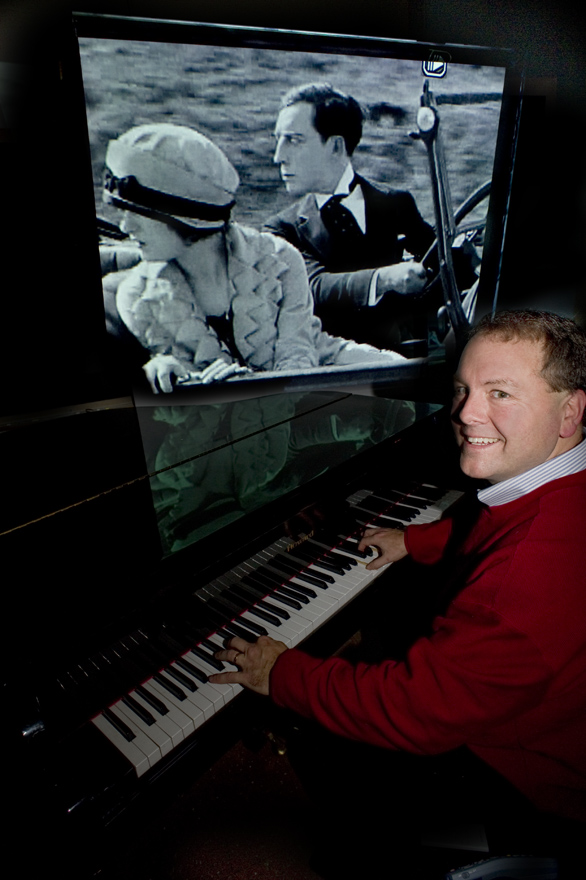 Jeff Rapsis will improvise music to silent films at the WNY Movie Expo.

Rapsis will be at the Expo from Aug. 2 to 4. Highlights of the works he’ll accompany include multiple shorts featuring comedians like Charley Chase, W.C. Fields and Fatty Arbuckle; Laurel and Hardy programming (8 p.m. Aug. 2 and 9 p.m. Aug. 3); the influential 1929 G.W. Pabst feature film “Pandora’s Box” with Louise Brooks (2 p.m. Aug. 3); and Buster Keaton's "The Paleface" (10:10 p.m. Aug. 3). You can find the full schedule online here.

There will be three screening rooms inside the Buffalo Grand Hotel for the event, which also has a large Dealer's Emporium where you can buy memorabilia including posters, photos, magazines, movies and TV shows on 16 mm film and equipment.

“For people unfamiliar with the Expo, this is a tremendous chance to see what these films were like when they were new and shown with an audience and live music," he said. "If you haven’t been exposed to it, it’s likely you have a limited understanding of why people were so in love with movies when they started.”

Though modern audiences tend to think of these movies as flickering images that move too fast, Rapsis said, “It wasn’t like that at all. Visually they were stunning in their original print. And the Expo gives you the chance to see that.”

Rapsis performs about 100 shows a year, mostly near his home base of Northern New England, but also in such places as San Francisco, Cleveland, Kansas and even London.

For Rapsis, the process is not only his version of therapy (“I lose myself – I forget about any problems,” he said), but he also compares it to "chocolate and peanut butter." Like that delicious combination, music and movies were two things he enjoyed separately. "But then when I put them together, there was no turning back.”

This will be the fourth year Rapsis will be at the Expo and he said he always find time to explore Buffalo. Some of his favorite spots include eating at Amy’s Place and getting sponge candy from Parkside Candy.

He also enjoys the sites of the city. “It’s a thrill to look at a building that looks like it’s out of Gotham City and ‘Batman,’ ” Rapsis said about our art deco City Hall. “What a fascinating city Buffalo is in so many ways.”

The Western New York Movie Expo takes place from Aug. 1 to 4 at the Buffalo Grand Hotel, 120 Church St. Tickets are $35 to $40 for the full event or $12 a day ($6 Sunday). To learn more about Jeff Rapsis, visit silentfilmlivemusic.blogspot.com.To learn more about the Expo, visit wnymovieexpo.com.