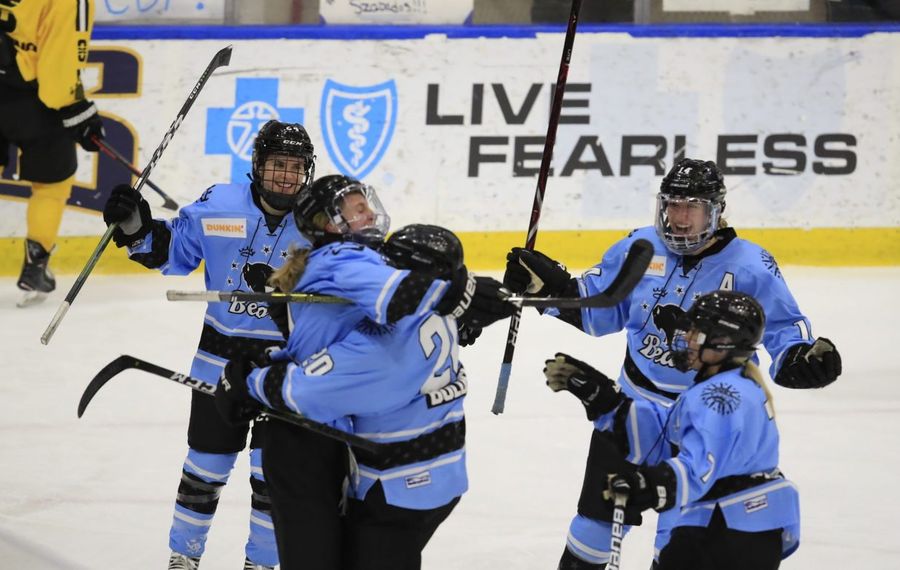 The Buffalo Beauts will play their home games and practice at the Northtown Center at Amherst, town officials confirmed.

The Beauts are set to play 11 of their 12 home games at the facility, which has three NHL-sized rinks and an Olympic-sized rink. The other game set for Dec. 28 against the Metropolitan Riveters is likely to be an outdoor game at a site such as Riverworks.

The NWHL is expanding from 16 regular season games to 24, and the Beauts will make their home debut at Northtown on Oct. 19 against Connecticut at 11:30 a.m. and then host Connecticut on Oct. 20 at 1:30 p.m.

The Beauts open the season with three road games -- at Connecticut on Oct. 5 and then back-to-back games in Boston on Oct. 12 and 13, and then are on the road Nov. 16 at Boston and Nov. 17 at Connecticut.

The Beauts played their first four years at Harborcenter, which has a capacity of 1,800. The Beauts were second in the league in average attendance last season at 1,101 and went 8-0 on home ice.

The feature rink at Northtown can accommodate about 2,000 fans, according to Eric Guzdek, a recreation specialist with the town who handled the negotiations with the Beauts. Guzdek said the Beauts reached out to the town last month to inquire about holding games and practices at the Northtown Center.

“Like any business, you want partners who believe in you and want to be true collaborators," NWHL Commissioner Dani Rylan said in a statement. "The staff at Northtown Center and leadership at the Town of Amherst have shown tremendous faith in the Buffalo Beauts and the NWHL, and have been incredible partners in creating a great home arena for the team."

"We felt as though, with the growth of women's hockey and Amherst Youth Hockey having a girls' program, this could be something special to have in the building," Guzdek said.

The Beauts will pay the standard rates as set by the Town Board for ice time at the center. The rates range from $100 to $215 per hour, depending on the time of day and the day of the week.

"They're not getting any special deals," Guzdek said.

“Western New York is a very strong market for us," league spokesman Chris Botta said. "We know there’s work to be done since the Beauts are playing in a new arena for the first time, but we are very optimistic that fan response will be strong. The immediate reaction from fans has been positive about accessibility to Northtown, parking, the proximity to the university, and the support of the Town of Amherst and community. We’re really excited about it."

The move to another location is no surprise, given that Pegula Sports and Entertainment – which owns Harborcenter – has turned over operational control of the team back to the league. The league and PSE remain in a legal dispute over who owns the trademarks and intellectual property. Pending the result, the Beauts could be forced to change names.

A source said the league began looking for alternate locations in May as the relationship with PSE was strained.

The Beauts have only three players under contract at this point, as more than 200 players have said they intend to boycott women's pro hockey in North America in hopes of a more financially sustainable league.

The Beauts have made the Isobel Cup finals in all four NWHL seasons, winning the title in 2017.

The NWHL has appointed Mandy Cronin as general manager and Pete Perram as head coach.