For over two decades, Canterbury Woods has been one of the preeminent retirement communities in Western New York – and not just for its hefty cost.

The subsidiary of Episcopal Church Home & Affiliates provides a full range of senior care from independent living to skilled nursing that is guaranteed to its residents at a fixed cost, even as they rise to higher levels of need. It's one of only two continuing care retirement communities in the region, and only 12 in the state. It's regulated by the state as both a medical facility and an insurance product.

It's also considered one of the more elite senior communities in Western New York, with its high-end features and design, and a growing array of on-site services and amenities for its residents. And it's continued to revamp and expand over the years, adding the patio homes in 2005, enhancing its dining program and doubling the size of its fitness and wellness center.

Two years ago, it expanded again, this time into the city, with Canterbury Woods Gates Circle, a six-story facility at the former Millard Fillmore Hospital site. The new operation includes 53 independent living apartments and five assisted living units, with a view along Delaware Avenue.

Rob Wallace: We’re doing fantastic here in Williamsville and out at Gates Circle as well. It’s hard to believe it’s been 20 years.

The evolution of health care and retirement communities in the last 20 years has been remarkable. We’ve all seen it.

Retirement communities that were built in the '80s and '90s were envisioned to take care of the Greatest Generation, the silent generation.

So from a cultural standpoint, those communities were built pretty bare-bones. They were not amenity-rich. They were certainly wonderful living environments, but in terms of their other amenity experience, they were pretty traditional and basic. And that was based on the value systems of the Greatest Generation and the silent generation.

In the last 20 years, as that generation has evolved into the baby boom generation being the primary customers of retirement communities, the evolution of these type of campus communities has been really stark.

The dining experience has blown up and evolved. From a workout room to a full spa and wellness center, beauty salon, facials, massages – you name it – under one roof, that has blown up. ... The continuum of care that you have to be able to provide to care for the residents that you serve continues to elevate and get more complex

What are continuing care retirement communities in the future? They’re not just the big sprawling campuses that are the traditional model. They’re urban based. More and more, baby boomers and the fringes of the baby boom generation want to live in the cities and be part of the culture and vibrancy of a downtown area.

Q: And now you are building a performing arts center?

A: It’s actually being named after Andy Anselmo, a local and national figure in performing arts. He’s given a large donation.

It’s going to be 250 seats and really an architectural gem that will be located right here. We have the space. It’s not only going to be used for our residents here, but we hope to be a local resource for the greater community to use for performing arts and shows and musicals and whatever else occupies that space.

Q: How difficult is it to serve the changing desires of the population?

A: I don’t know that I would say it’s hard, but you have to continue to educate yourself. We’re in the business of taking care of people who are retiring. We have to be open to educating ourselves and be open to new ideas and new ways of thinking of what that means.

If you’re not forward-thinking and not continuing to evolve, you’re not going to attract people to live here. I can’t begin to know what people are going to want but we’re always going to ask that question.

Q: There are other retirement communities that appear to offer similar benefits. How do you compete?

A: The key differentiation is the life-care component. There are look-alike models out there that offer similar apartment living, maybe some similar amenities. I would say the scale of amenities and the quality of amenities is going to be a little bit different. We’re offering a level of amenity that we believe is at a higher level.

[It's] that peace of mind knowing that I’m coming in as an independent resident, but if I need assisted living, not only is it there, but it’s the best assisted living that could be available to me in Western New York. 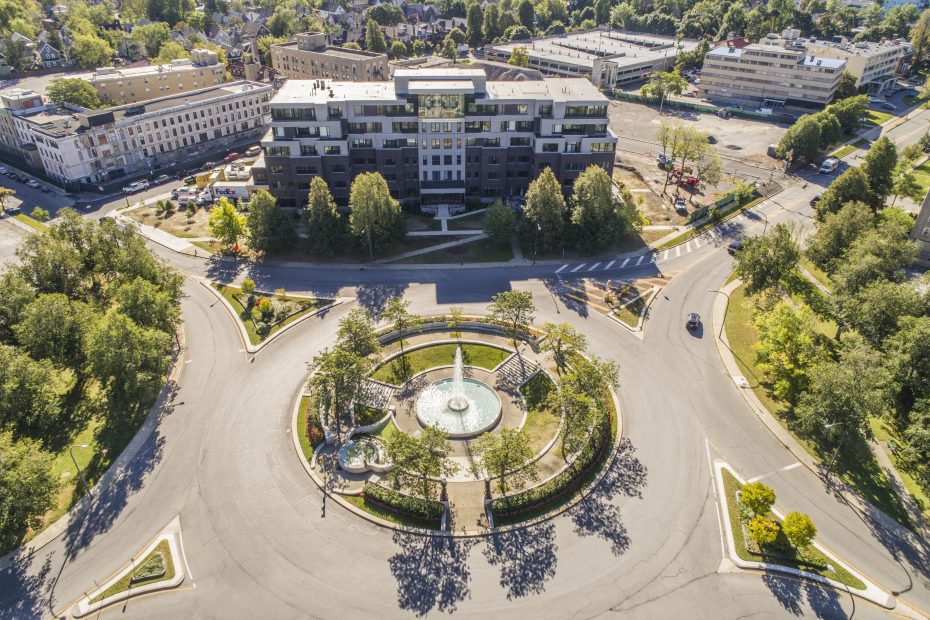 Q: Do enough people see those distinctions, despite the significantly higher cost?

A: The proof is in the pudding. Here at Canterbury Woods, we’re 97% occupied, and in the CCRC world, 95% is considered full, because you’re always turning over units and people are moving through the continuum of care.

Our average age of independent is the mid-80s, so people pass away. That’s just the reality. Statistically, we turn over 12% to 15% of the entire community every year, with people either moving through the continuum or passing away. So we have to resell 35 or almost 40 units every year just to maintain status quo.

We’re challenged every single day to meet the needs of our current and future customers, because there’s always going to be increased competition.

One of our biggest challenges is to continue to educate the marketplace about what we are. That's a challenge throughout New York State. Even though we’ve been here 20 years and there’s another CCRC in this marketplace, we’re still constantly educating people about what we are and what those price points mean and what that continuum of care means. And we will always do that.

Q: Why are there only 12 CCRCs in New York, but nearly 300 in Pennsylvania?

A: That’s where the model started, in the Philadelphia area. There’s over 100 CCRCs just in the greater Philadelphia-Lancaster area. So in Pennsylvania, it’s not if you’re going to a CCRC, it’s which one. It’s very, very different.

In Florida, there's 150. In Ohio, there's 50 to 60. So it’s a completely different audience in New York State than in most other states.

We're regulated by the State Health Department and the Department of Financial Services, and they both regulate us together, almost next to each other. You need both agencies to agree on everything you do, which makes it very complex.

There’s no other state that I know of that’s even close to as heavily regulated as New York State when it comes to this model.

Q: How about Gates Circle?

A: We've just sold into our 40s of the 53, so we’re doing quite well. Anytime you build a new community like this, it’s about a three-year time frame to fill.

As you know, there are some challenges down there with the neighborhood around us, and we’re going to have those challenges for a while. But people are really buying into the lifestyle component and the backing of the Canterbury Woods organization. So we’re having a good year.

Q: Are people are more receptive, now that the debris mound has been removed?

A: That has helped, and I give the residents who were very vocal down there a lot of credit. They’re a force, and so they were really active in moving that needle and it worked.

Q: What else are you doing in terms of new features?

A: We have a tremendous walking path network here, and we just doubled the size of that.

We completely reimagined our assisted-living unit, including a completely different dining experience that is more interactive with the residents and the staff. That was just finished. We will continue to challenge ourselves internally. The whole wellness center concept is only two years old, where we doubled the size of our fitness center.

Our café and dining room is seven years old, so we will be in the drawing room in the next year or two to reimagine that. We have two bars with two full liquor licenses within our organization now, one across the way at the clubhouse and one at Gates Circle. We may put one in the main building as well. We have space to do that, to have a more clubby atmosphere than we do now.

So it’s that evolution of amenity space. You want people to have lifestyle choices.

Q: Where do you see things going in the future?

It goes back to continuing to reshape those lifestyle choices from a convenience factor, and also pushing and educating on the life-care component, because that’s our great differentiator.

Also, being in Buffalo is a big plus, let’s face it. As you get older, people don’t want to go outside for three months of the year. If they don’t have to go outside for anything and still have all the amenity choices. That’s a great marketing tool for us.