Natalie Schultz and Courtney Justus were preparing for another day in their new bakery, Fig Tree Patisserie, by mixing Fruity Pebbles into macaron filling and whisking chocolate cupcake batter, while listening to a true-crime podcast.

They celebrated their grand opening, on the corner of Delaware Avenue and Kinsey Avenue in Kenmore, on July 1 with bubbly champagne and champagne-flavored macarons. Two display cases inside the bakery separate the duo's baked goods. In one case are Schultz's macarons and cakes. The other one is vegan, filled with dairy-free cupcakes and cookies made by Justus.

Justus battles chronic illnesses, including lupus, fibromyalgia and rheumatoid arthritis, and switched to a vegan diet four years ago to improve her health. She didn't even need to change her baking strategy.

"Before I went vegan, I started baking vegan," Justus said. "I think it was because I didn't have eggs in my house and I was like, 'I really want to bake something, so I'll figure it out.' " 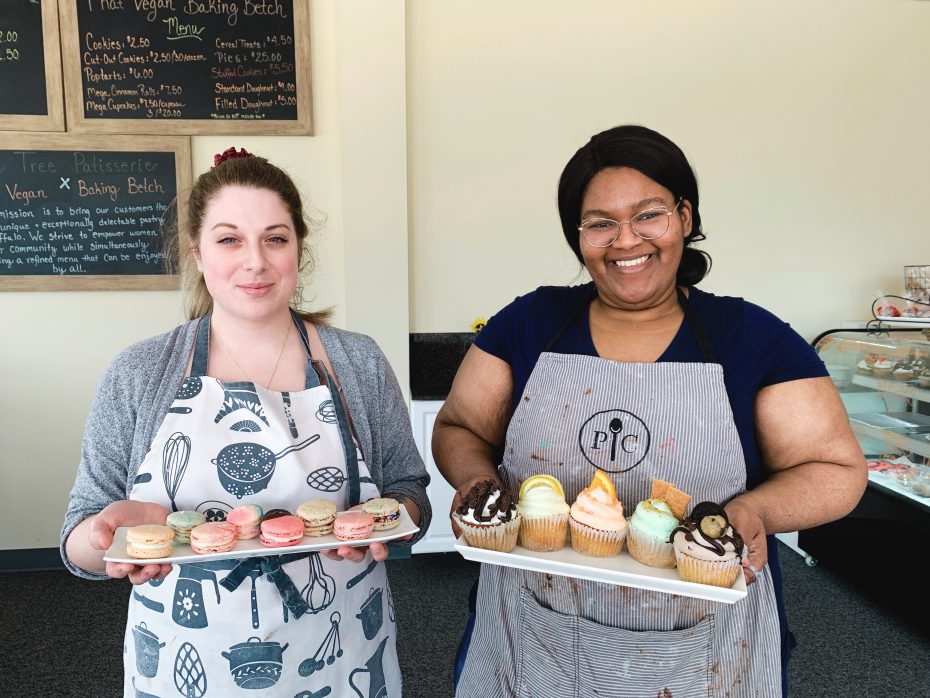 Justus, 27, and Schultz, 23, first joined forces in February for a one-day collaboration. They knew about each other from Instagram – Justus shares her vegan and gluten-free cupcakes on her Instagram account @thatveganbakingbetch, which has more than 2,000 followers – and met at a punk concert after recognizing each other from social media.

The two hit it off during that initial collaboration. When Schultz, who used to sell her baked goods under the name Desserts by Natalie, decided to open her own brick-and-mortar bakery, she wanted Justus to join her.

“I have negative 17 cents in my bank account,” Justus said about her initial reaction, but she decided to go for it and sublet space from Schultz.

Justus needed a kitchen, anyway. She was selling her baked goods out of her home kitchen to pay her health insurance bills but learned that wasn't allowed due to health department regulations. She would need to renovate her home kitchen or find somewhere else to bake. She initially stopped baking because she couldn't afford to renovate her kitchen.

"It's been a struggle to get here but I'm glad we're here," Justus said. "I just want to help people."

Justus creates her recipes from scratch and bakes something different every day. Aside from vegan baked goods, she accommodates to allergies, including gluten allergies. Recently, Justus said, a boy came into their shop with his mom for a gluten-free cupcake. His mom said he's rarely able to eat food that tastes good. He demolished his cupcake. "He was so happy. I was like, 'This is why I do what I do.' " 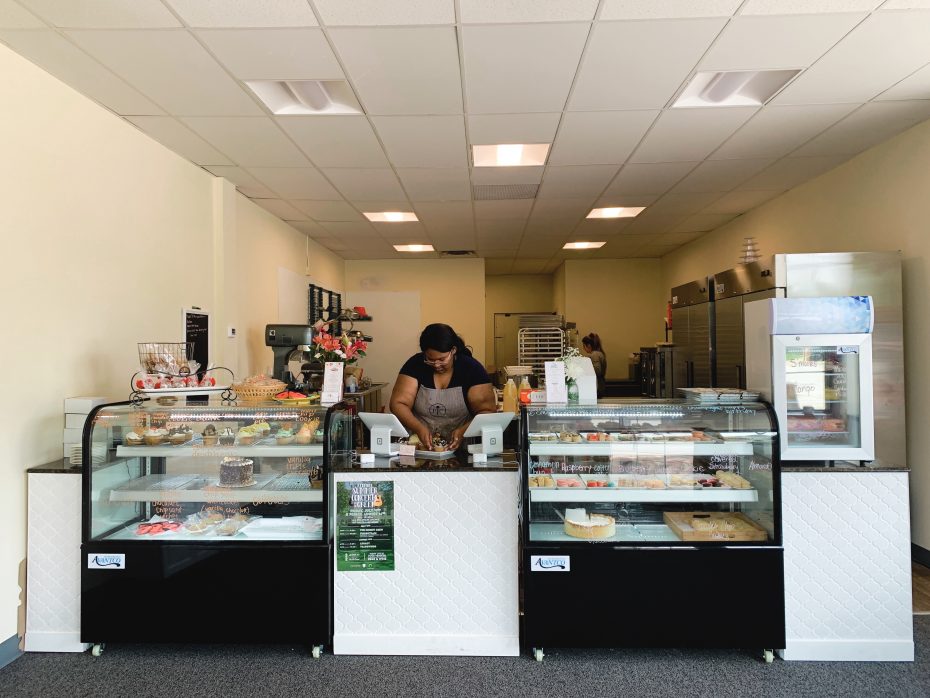 Justus displays her vegan baked goods in the left case and Schultz places her goods in the right case. (Francesca Bond/Buffalo News)

For Schultz, baking wasn't a part of her original life plan. She grew up as a competitive swimmer, went to SUNY Fredonia and played on the swim team, then switched gears when she realized she wanted to bake for a living. She recently graduated from Niagara Falls Culinary Institute and built her brand around macarons and intricately decorated cakes shaped like numbers for birthdays and anniversaries.

"It's interesting because I was alone for a long time doing this," Shultz said. "I was at the old shop for 15 hours a day, I would go home and I'd be all alone. Who am I talking to, my cat?"

Schultz pushes Justus to bake higher quantities when she normally wouldn't. Justus keeps Shultz, who is talkative and energetic, company. They both calm each other.