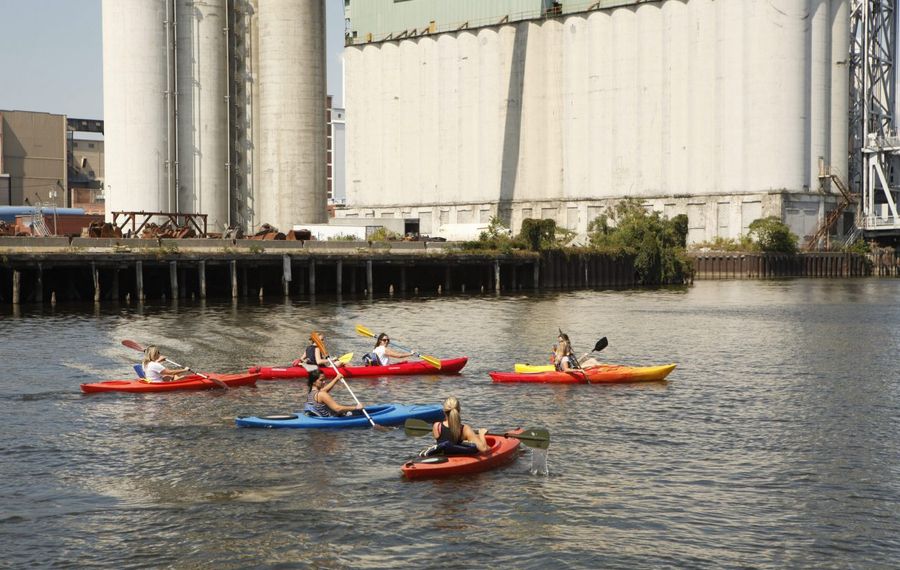 In Buffalo, we often tell an underdog tale of a once-flourishing Rust Belt city on the rise, ridden with snow, famous for chicken wings, notorious for inebriated football fans and fiercely defended by lifelong residents.

While those are absolutely a part of our story, we leave out multiple facets of Buffalo life in that narrative, such as our theater, arts, culture and music scenes, our architecture and waterfront and our commitment to making the most of all four seasons to the best of our ability.

Yes, there is a lot to eat and drink here. We're lucky for that.

But next time someone says, "there's nothing to do around here except eat or drink," send them a link to this story. 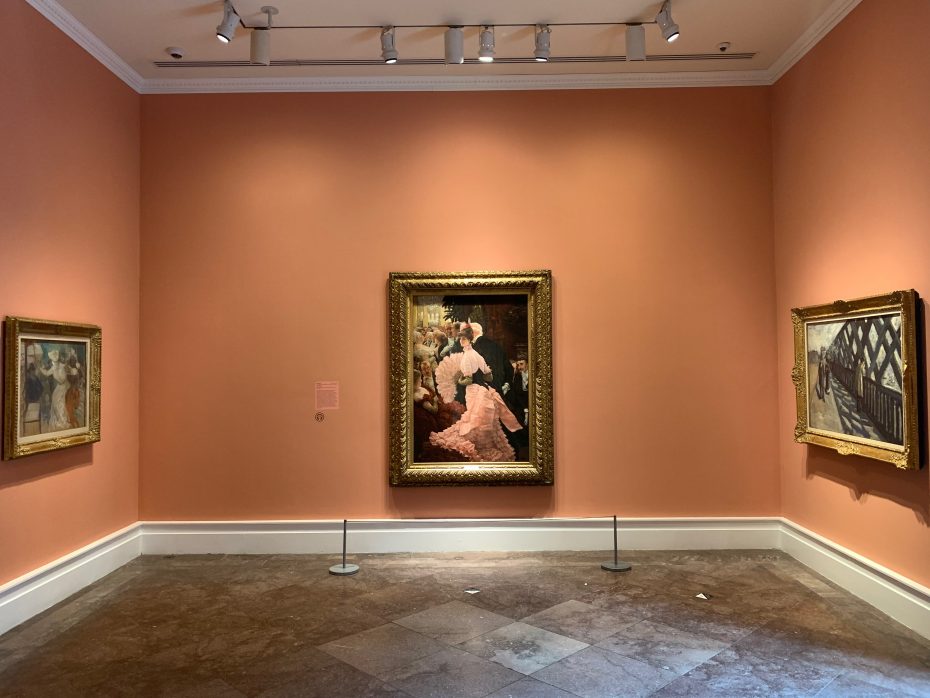 Visit an art gallery, like the Albright-Knox, if you need a break from eating and drinking in the city. (Francesca Bond/Buffalo News)

Things you can see

If you're on Elmwood Avenue, check out the Albright-Knox Art Gallery for major contemporary art and the Burchfield Penney Art Center for regional art, as well as a large Charles Burchfield collection. Further down Elmwood and into Allentown, hop between smaller galleries, such as Buen Vivir Gallery,  Pine Apple Company, Hallwalls and Starlight Studio.

[Related: Art in the City adventure around Buffalo sparks creativity for teens, tweens] 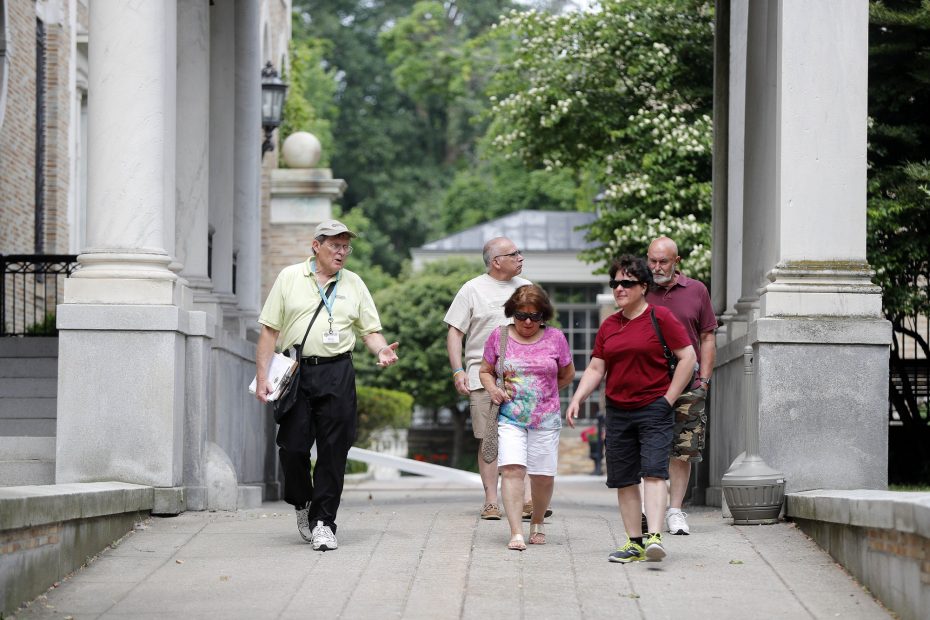 Itching to walk 150 stairs to the top of a grain elevator? (Alright, maybe the view is more exciting than the stairs.) Or want to peruse the insides of some of those grand Delaware mansions? Explore Buffalo offers tours by foot, kayak, bicycle or bus, through neighborhoods and landmarks.

Traverse Buffalo alongside a knowledgeable docent and learn all about Buffalo's presidential history, or perhaps find Allentown's Cottage Street where all the tiny, colorful houses look like they were plucked right out of a beach town. Tours cost between $5 and $60.

[Related: In Buffalo and beyond, chances abound to stretch your legs and your mind] 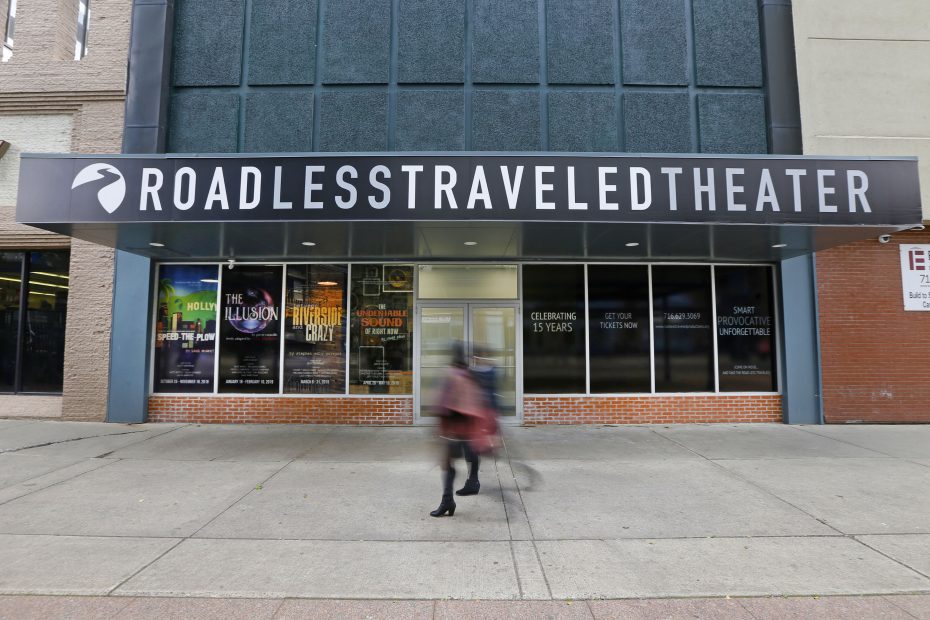 Visit a local theater for something to do that differs from going out to dinner. (Robert Kirkham/News file photo)

Things you can watch

In downtown's Theatre District, watch an intimate play at Irish Classical Theatre Company or Road Less Traveled Theater. Venture away from downtown to catch a free, outdoor show at Shakespeare in Delaware Park or watch a play at Paul Robeson Theatre. You can always visit Shea's Buffalo Theatre, the theater that brought "Hamilton," "Hello Dolly" and "Fiddler on the Roof" to town, for a more well-known musical.

Burlesque pops up in bars and concert venues, breweries and art galleries. Expect old-timey music and props, funny antics, as well as stripping. The Stripteasers is one of the most popular groups around Buffalo with performances at Nietzsche's, Misuta Chow's, Revolution Gallery and Community Beer Works, among other locations. Or, take a class yourself.

Starting in September, the University at Buffalo's dance and theater season begins. From September through November, and March through April, large dance companies visit to perform as well as UB's own dance students. Devi Bollywood performs Bollywood-style dance at festivals and events around the area, and hold dance classes.

Every Monday at 6:30 p.m. through Aug. 12, take salsa lessons in the Delaware Park Rose Garden for $10. Swing Buffalo offers swing dancing lessons, followed by dance, sometimes with a live band, every Tuesday night. 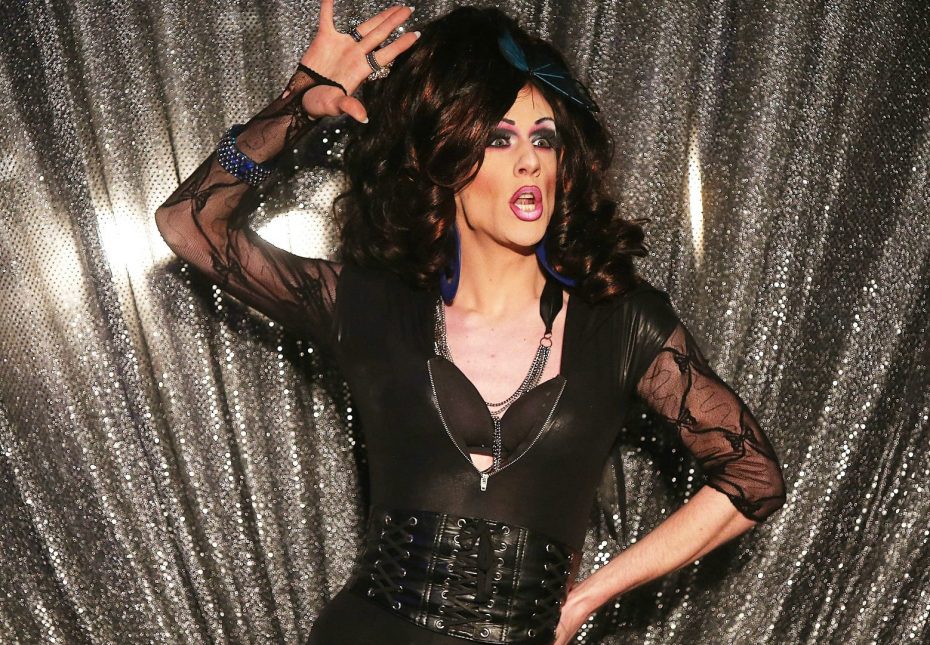 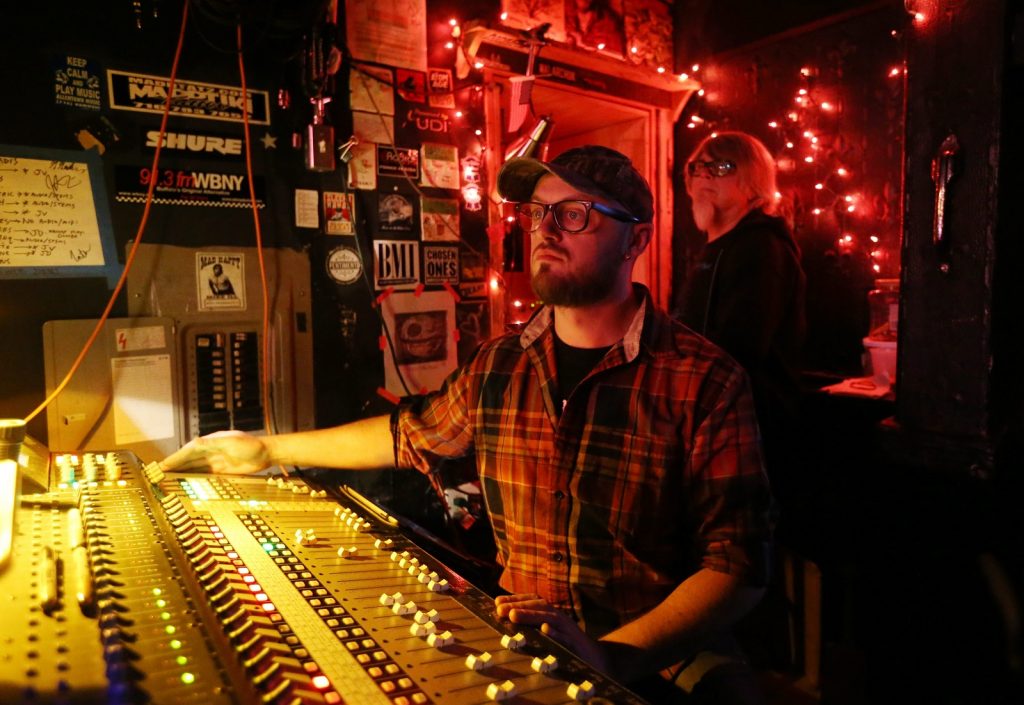 Things you can hear

Sportsmen's Tavern welcomes country, jam, rock and folk music. Stop by the Colored Musicians Club for a drink and night of jazz or during the day to check out their museum of modern jazz history in Buffalo. 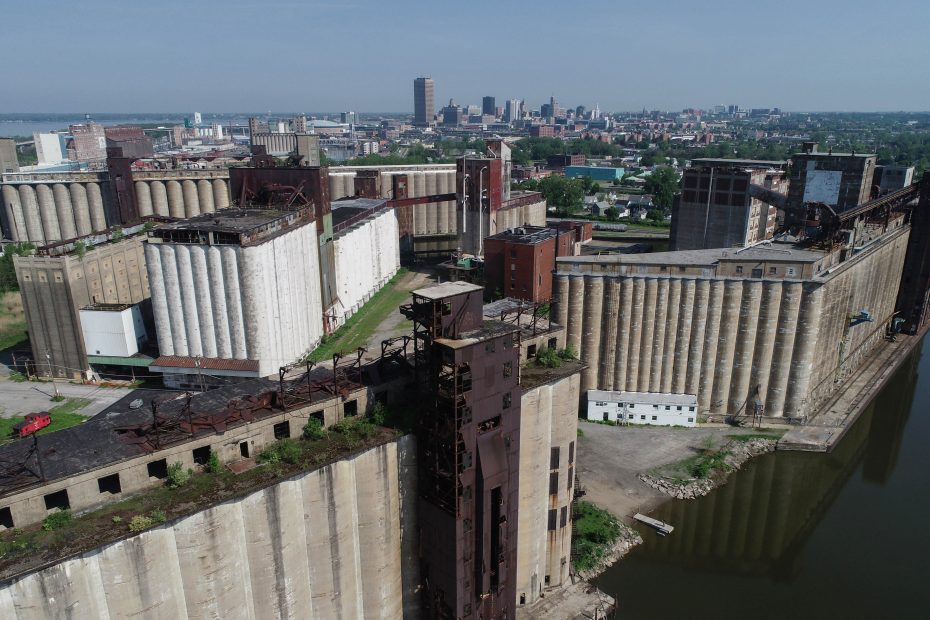 Things you can do

Kayaking around the silos

Elevator Alley Kayak offers scenic two-hour single and tandem kayak rentals and guided tours on the Buffalo River, between grain silos. Meet at Mutual Riverfront Park at the corner of South Park and Hamburg Street in the Old First Ward, watch a short video on kayak safety, then head out in the water, paddling around in the sunshine, drinking in views of Buffalo's rich industrial industry.

Visit West Side Stories used bookstore (205 Grant St.) then cross the street to its Gather and Game board game cafe (212 Grant St.) where you'll find an extensive library of board games and a public space to meet and play. Gameplay is free on weekdays before 5 p.m., then costs $5 on weeknights and weekends. 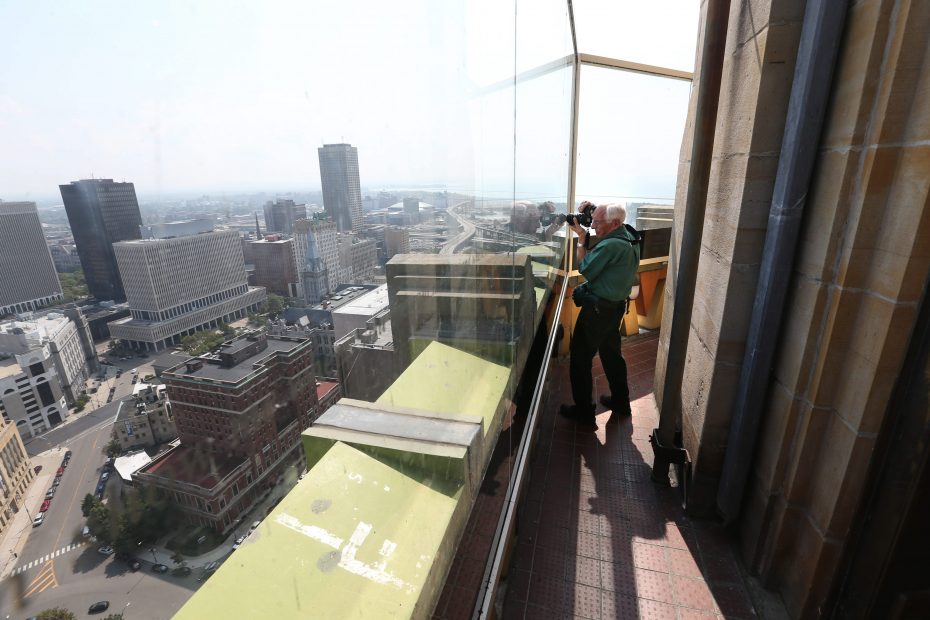 You might want to bring a camera or binoculars to the top of City Hall. (Francesca Bond/Buffalo News)

Buffalo's art deco City Hall isn't just where bureaucracy works – it's a landmark on our skyline, sticking out like a beautiful thumb. Marvel at the murals and architectural details inside, then walk up to the cherry on top: the 360-degree observation deck that overlooks Lake Erie, the city and suburbs as far as the fog and humidity allow.

[Related: 100 Things Every Western New Yorker Should Do: The City Hall Observation Deck]

If you liked this, read our other city guides:

• Save the relaxing for another day: 5 summer adventure destinations in WNY

• 6 of Buffalo's most romantic hidden patios

• 3 places in Buffalo perfect for a picnic

• A guide to some of Buffalo's nerdy, quirky and indie bars

• From the spontaneous to cheap: ideas for summer dates