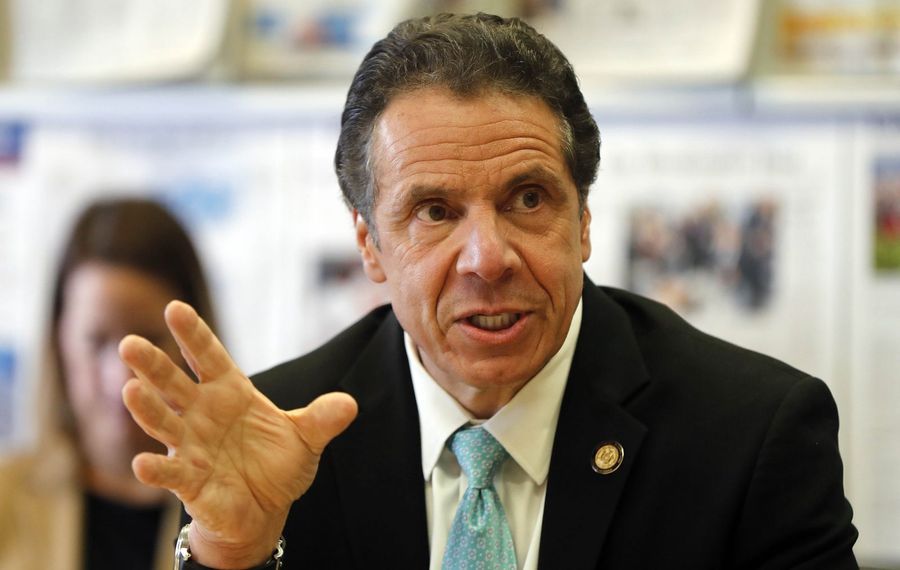 ALBANY – There was urgency in late January when lawmakers at the state Capitol pushed through a package of gun restrictions.

It was a dire month for mass shootings around the nation, so Democrats in the Assembly and Senate moved swiftly to crack down on devices that make guns unload rounds more quickly, add new background check restrictions, block teachers and others from carrying guns on school grounds and create a new statewide gun buyback program for municipalities.

Six months later, however, the four measures have yet to be acted on by Gov. Andrew M. Cuomo, whose administration on Jan. 29 signaled he supported all of the bills.

Had they been signed into law six months ago, two of the measures would have become law immediately, two others would take effect this coming Sunday.

How do bills pitched to the public as imperative and potentially life-saving in scope not get final action, while bills renaming roads or extending localities' ability to donate used computer equipment were signed into law in the same period?

The answer illustrates how Albany works.

If the governor has a specific objection about any of the four gun bills passed in January, his office was not saying Thursday.

Instead, the governor’s office spoke of the unusually large volume of bills that passed this year and the need to ensure legislation that goes before Cuomo for his consideration are constitutional, technically sound and actually do what the sponsors intend.

“That being said, we anticipate these bills will be acted upon in the very near future,’’ said Jason Conwall, a spokesman for Cuomo.

Where are the four gun bills now? Per state law, they are currently still with the Senate because that chamber passed the four bills before the Assembly did.

So, why didn’t the Senate transmit them to Cuomo at once?

There’s been a long understanding that the legislative houses do not send bills to the governor’s office until the governor asks for them.

Part of it is flow control. The Legislature this year gave final passage to 935 bills; 77 percent of those were given final passage by one of the two legislative houses in the three weeks of June before lawmakers ended their 2019 session.

All of those bills could not – from a practical standpoint – descend upon the counsel’s office on the second-floor suite that is home to Cuomo and his team of top advisers. The lawyers go through each bill and recommend to the governor whether he should sign or veto an item.

As of Thursday, Cuomo had signed 114 bills into law this year, including dozens of major initiatives that either he or the Legislature first thought up. (He also carried out line item vetoes in several areas of the budget given final passage on April 1.)

One such bill he signed was the “red flag’’ gun control law, which passed the same day as the four other gun bills. That bill bans individuals deemed a threat to themselves or others from possessing or purchasing firearms. With U.S. House Speaker Nancy Pelosi invited to watch, Cuomo signed that bill into law on Feb. 25.

The four other gun bills still held by the Senate would:

• enact a New York State ban on devices that accelerate the rate of fire of firearms. Such devices, called bump stocks, helped Stephen Paddock fire more than 1,000 rounds into a Las Vegas concert crowd in 2017, leaving 58 people dead and more than 800 injured.

• ban schools from permitting anyone – except law enforcement, a school resource officer or security officer – to possess a gun on school grounds. School administrators are specifically banned from permitting others, such as teachers, from carrying a weapon.

• create a waiting period of up to 30 days for someone to purchase a gun prior to being cleared in a federal background check.

• implement a State Police-administered gun buyback program for municipalities across New York. People could turn in illegal firearms with immunity and receive a financial reward from a new pot of money the bill creates.

In May, The Buffalo News asked the Senate why the gun bills had not yet been sent to Cuomo given the Senate's quick passage of it in the opening weeks of the 2019 session. On Thursday, the response was basically the same.

“We hope the governor requests the bills and [they] are signed immediately," said Mike Murphy, a spokesman for the Senate’s Democratic conference.

Sometimes, too, there are other reasons bills might get delayed. The Legislature over the years – especially in the rush of bills getting approved and drafted by staffers who must pull off multiple all-night negotiation sessions – can make mistakes.

Cuomo has vetoed many such bills over the years or, in some cases, he’ll sign a bill on condition that legislators clean up any mistakes – via "chapter amendments" – down the road.

In some cases, the mistakes are caught by the Legislature. That happened this year more than once. On a bill permitting electric scooters and electric bikes to operate in the state, lawmakers intended to ban them in Manhattan, but the legislation was written in such a way that the devices could be used there. “Relates to making technical corrections,’’ was how the clean-up bill fixing that mistake began; it was passed on the last day of session.

Then there was the bill permitting automatic voter registration in the state. It mistakenly would have allowed undocumented workers living in the country illegally to register to vote. The bill died.

But the governor’s office is not signaling that any such mistakes were made with the four gun bills.

The sponsors of the four bills were all asked via email Thursday why the bills were still sitting with the Senate.

“We do not have control over the timeline of when certain bills get sent to the governor’s desk,’’ wrote Krystle Cajas, a spokeswoman for Sen. Luis Sepulveda, a Bronx Democrat who sponsored the bump stock legislation.